Opioid overdoses: An epidemic within the pandemic

The pandemic has become the perfect storm, but there is still help. 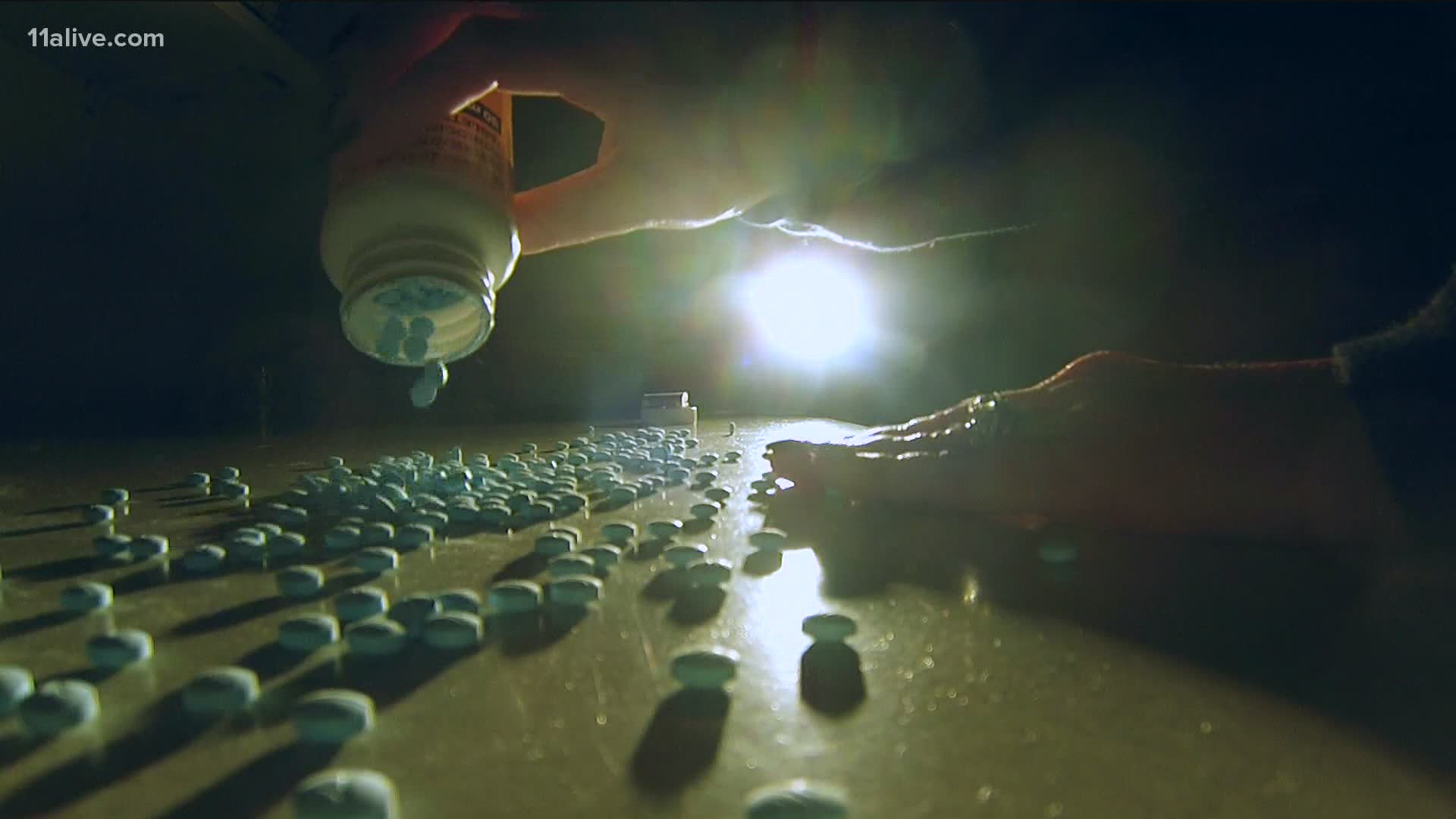 ATLANTA — More visits to the Emergency Room right now because of drug overdoses. The Georgia Council of Substance Abuse says they are seeing a dramatic increase in these ER visits, many of them caused by opioids.

Josh Elbaz lost his little brother, Alex, to an accidental overdose on February 25.

"He loved sports -- lived baseball, loved hanging out with friends. He was a good kid," Elbaz said. "In fact, it was a counterfeit pill that had Fentanyl in it."

Weeks later, COVID-19 hit. And, as things shut down, the opioid epidemic did not stop. In fact, it got worse.

"Overdoses are definitely up nationally, we’re seeing that everywhere," said Robin Elliott. "And now, it’s kind of become the silenced epidemic because it’s behind the scenes."

"You throw in there the isolation of COVID, staying at home, the lack of 12-step meetings in person," she said.

She founded Georgia Overdose Prevention after her son, Zack died in 2011. They distribute the overdose antidote Narcan.

"More requests than ever, last month was our busiest month ever," Elliott said.

But with so many in isolation, the risk of overdose keeps getting higher.

So she hopes we get through this pandemic, while there's still time.

"If they die, it’s too late, so we need to pay attention to this and keep people alive," Elliott said.

Elbaz says that on Friday, his family received his brother's diploma. Alex received his degree posthumously from Georgia Gwinnett College.

The Georgia Council on Substance Abuse says the calls to the CARES Warm Line are up 65 percent since March.

They also say the intensity of the calls is higher than its ever been.

They are also hosting virtual All Recovery Meetings seven days a week.

City of Atlanta returns to Phase I COVID-19 status