Oregonians urged to wear masks. Will they?

Health officials are dealing with a public exhausted from government recommendations and mixed messages. 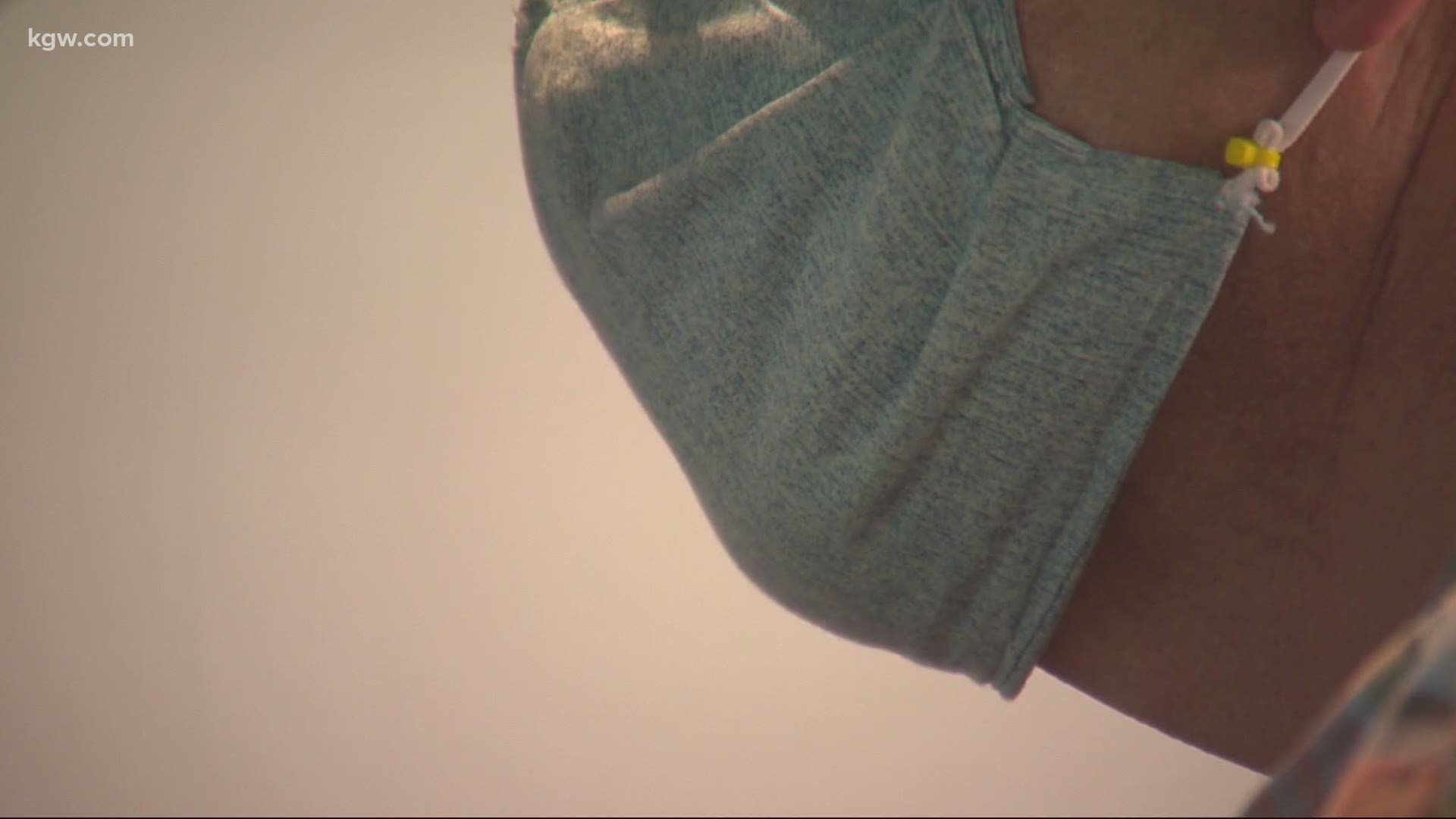 PORTLAND, Ore. — Oregon health officials are urging people to wear masks after a surge in coronavirus cases. The latest recommendation from the Oregon Health Authority called for children between two and 12 years old to wear a mask indoors, when in public places or near those who are vulnerable. Earlier this week, Oregon Governor Kate Brown required residents in seven counties to wear masks when doing business.

The question is: Will people comply?

Health officials created confusion by initially telling people not to wear masks unless they’re sick. Now, face coverings are recommended - and in some parts of the state, required - when you can’t keep six feet of distance between yourself and others.

“If one county has one set of rules about face coverings and the adjacent county has a different set of rules, people I think mentally will see the lower standard of rules as the default,” explained Huff.

In contrast, Washington Gov. Jay Inslee announced a statewide mandatory requirement that people wear masks when they are outside their homes.

Health officials are dealing with a public exhausted from months of government recommendations and guidance.

A law professor at Lewis & Clark Law College said the governor can "probably" force the public to wear a face mask - but it is a complex legal question.

During a pandemic, the governor has broad authority to do things that would otherwise might be questionable, explained Tung Yin of Lewis & Clark Law School.

“I would think that she has a very strong argument that she has the power to make it a requirement, at least in the public setting,” said Yin.

In addition to the messaging, health officials must overcome another obstacle.

Masks are cumbersome and uncomfortable. They can also be a very public sign of compliance.

Health officials argue, similar to the inconvenience of a wearing a seat belt, helmet or life preserver - a mask can help save lives.

“There has to be this commitment that widespread use of face coverings is something that everybody needs to do.”

WATCH: How to make a DIY cloth face mask