Parents say this is still proving to be quite the challenge. 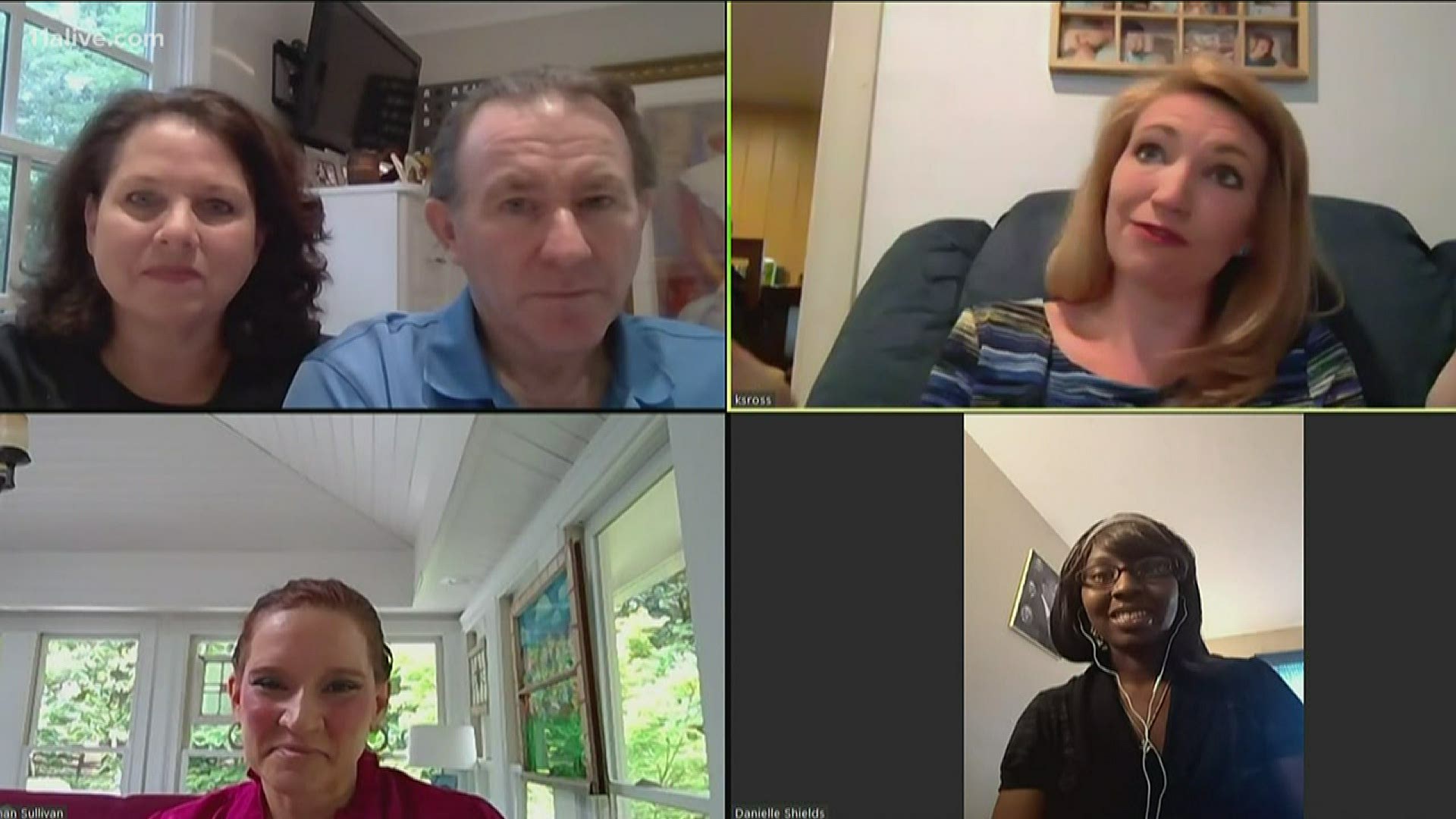 ATLANTA — As Georgia slowly starts to reopen, parents in the state are stuck being called back to work while schools are still closed.

The stay at home order ends on Wednesday night, but Georgia schools will remain closed for in-person instruction through the end of the year.

11Alive's Kaitlyn Ross talked with parents about what they'll do when the state gets back to work and their kids are still home.

"My daughter thinks home is home, home is not school. So she doesn't think she should have to do work 24/7," one said. "She has ADHD so she's really hyper, and if it wasn't for her teacher actually seeing her face to face or having stuff to keep her entertained, I think myself would go crazy every day."

Others say schedules are in place.

"We wake them up and make sure they're up in the morning between 9-9:30, and they log in and they get their work done," another set of parents said.

However, even with a steady system they still face challenges.

"But what has been very challenging ... is if they don't understand something they don't feel that they can come to us because we don't know anything about anything," they added.

Kaitlyn shared her own experience with her two-year-old son.

"My 2-year-old doesn't have online school, so it's a different challenge, because it's trying to keep him entertained, but also focusing and dedicating to work every day," she said. "I go back and forth about whether or not it would be easier for him to have something to focus on? Or if it's harder to try and keep kids on that school schedule."

She also voiced a concern that seems to be on every parent's mind.

"The big question for me is when we're talking about reopening and going back to - if it's a new normal, just more of a normal where people are going back to work - I think what is that going to look like for people who do have kids at home who still need care?" she asked.

A parent voiced her own concern that the form that caregiving takes could place a disproportionate burden on women.

"I think that that's what we have to work with our employees on, whether it's government, whether it's private practice, whether it's non-profits - of talking to them about strategies and determining how the burden especially is not saddled upon women, who are still primarily viewed as the caregivers," she said.

Those who usually turn to older members of their families for childcare help said that has now changed.

"That scares me because i work on the weekends mostly, and my grandparents ... raised me, so they're older, you know, and they're who would watch my daughter," one parent said. "And I don't want to put them at risk. I'm just not ready for that yet."

For others, access to internet services are a major concern.

"But what if you work in a rural area, and you don't have internet service?" one parent asked. "That makes it difficult for people who live far out. And it's hard to get internet, and you're forced to go out there. And it's hard to survive if you have kids because they eat you out of house and home."

One father expressed hope that companies will see how well work-from-home has gone, and give parents a chance to continue doing it.

For many parents, that may be the lifeline they need.

RELATED: COVID-19 simulator sees a second wave of cases in Georgia based on easing restrictions

RELATED: As gyms open in Georgia, doctor shares advice and cautions for you