While school has barely started back up in Georgia, dozens of students are already in quarantine because of possible COVID-19 exposure 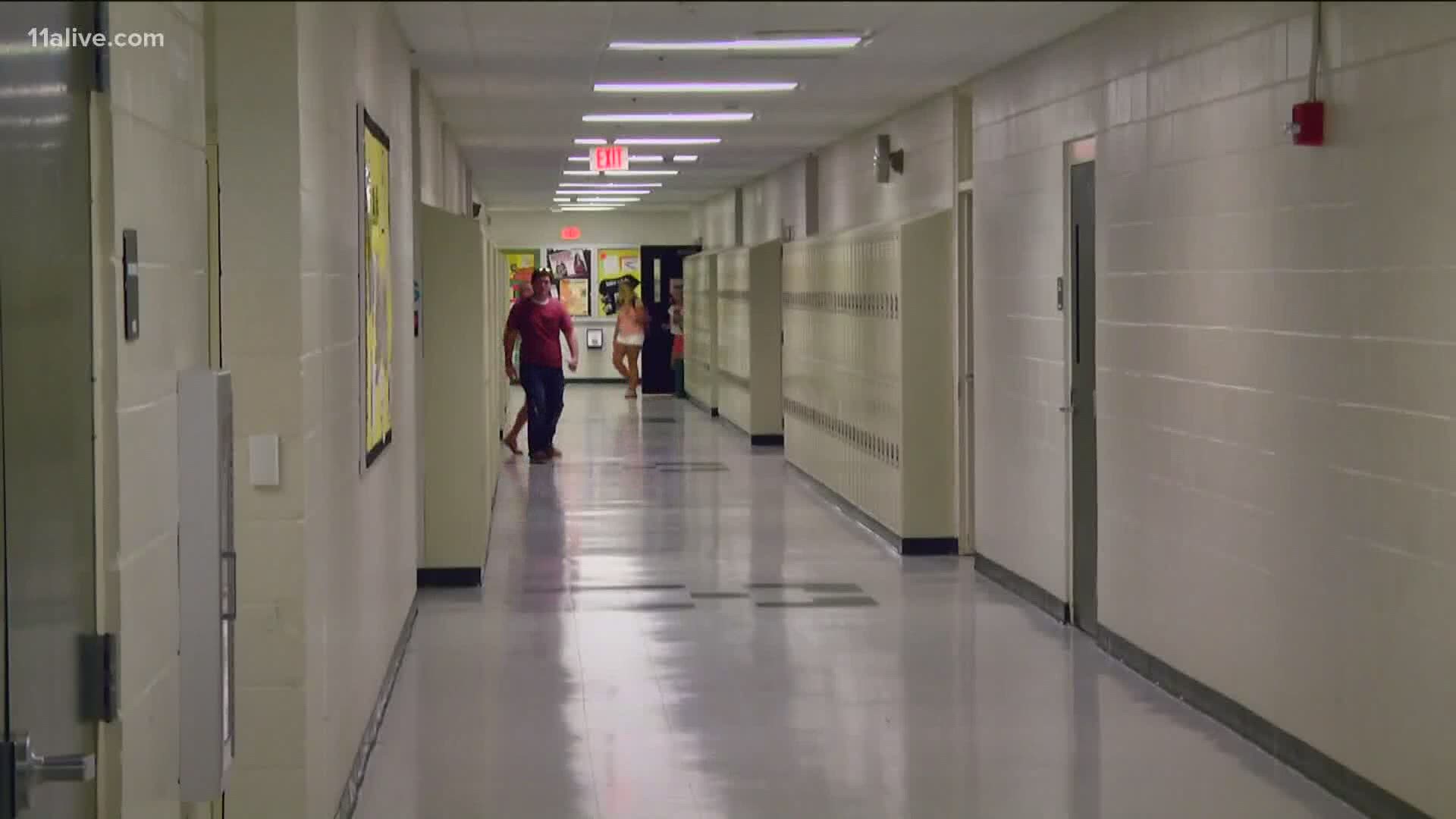 ATLANTA — Dozens of kids who elected to go back to school face-to-face are virtual learning this week shortly after they were exposed to COVID-19 at a Forsyth County school and told to quarantine. It's been less than two weeks and some families are already frustrated by being told they have to stay home.

Before the first bell rang on Kiser's first day of 11th grade, she was already exposed to COVID-19. Her family says they know it's not the school's fault her daughter was exposed to the virus, but they don't think she should be punished for it either.

"She was exposed day one in her first-period class," said her mom, Lynzi Kiser. She says her daughter never received the chance to get back to school. "She was devastated, she was so upset," she said.

Lynzi says her daughter, who is a gifted volleyball player and student, couldn't wait to get back to school.

"We made the choice to send her back face to face and of course we knew the consequences, but we did not think the protocols would be based on word of mouth," she said.

Kiser says when she talked to the school, they told her students don't have to prove they tested positive for the virus, they just tell the administration that they have it. The school then quarantines the other students who were around them.

"They go back and they track and they take out the kid in every single class who was to the right, in front of, and behind her. So that's four kids in eight periods," she said. "So that's 32 kids, plus the sick kid is 33 -- based off one, word of mouth, positive test."

Heather says her fourth-grader has been out of school for a week.

The parents believe this will be an endless cycle of quarantine as the pandemic drags on.

But Kiser says her family and the school were trying to be safe.

"When she first came home, she said everyone was wearing their masks, she was so impressed, the only time she saw people take them off was at lunch," she said.

Forsyth County Schools reported 11 new cases of COVID-19 in their district this week. They are not publishing the total number of students and staff quarantined but said their policies were clearly outlined online before families made the choice to attend school virtually or in person.

Kiser says this changes their decision.

"She's not going back on the 31st. She'll stay online and play her sport and she'll go back after the season is over or the 1st of the year," she said.

She's talking to her daughter's principal today but feels like it will be safer for her to learn virtually and still play volleyball in person, so her season isn't ruined by continually having to quarantine.

She only made it three days of her junior year before being sent home.

Forsyth County Schools posted on its Facebook page begging families not to send their children to school if they have symptoms or are awaiting test results.