Parents are expecting to have their children vaccinated if Pfizer receives a EUA, but they first have questions. 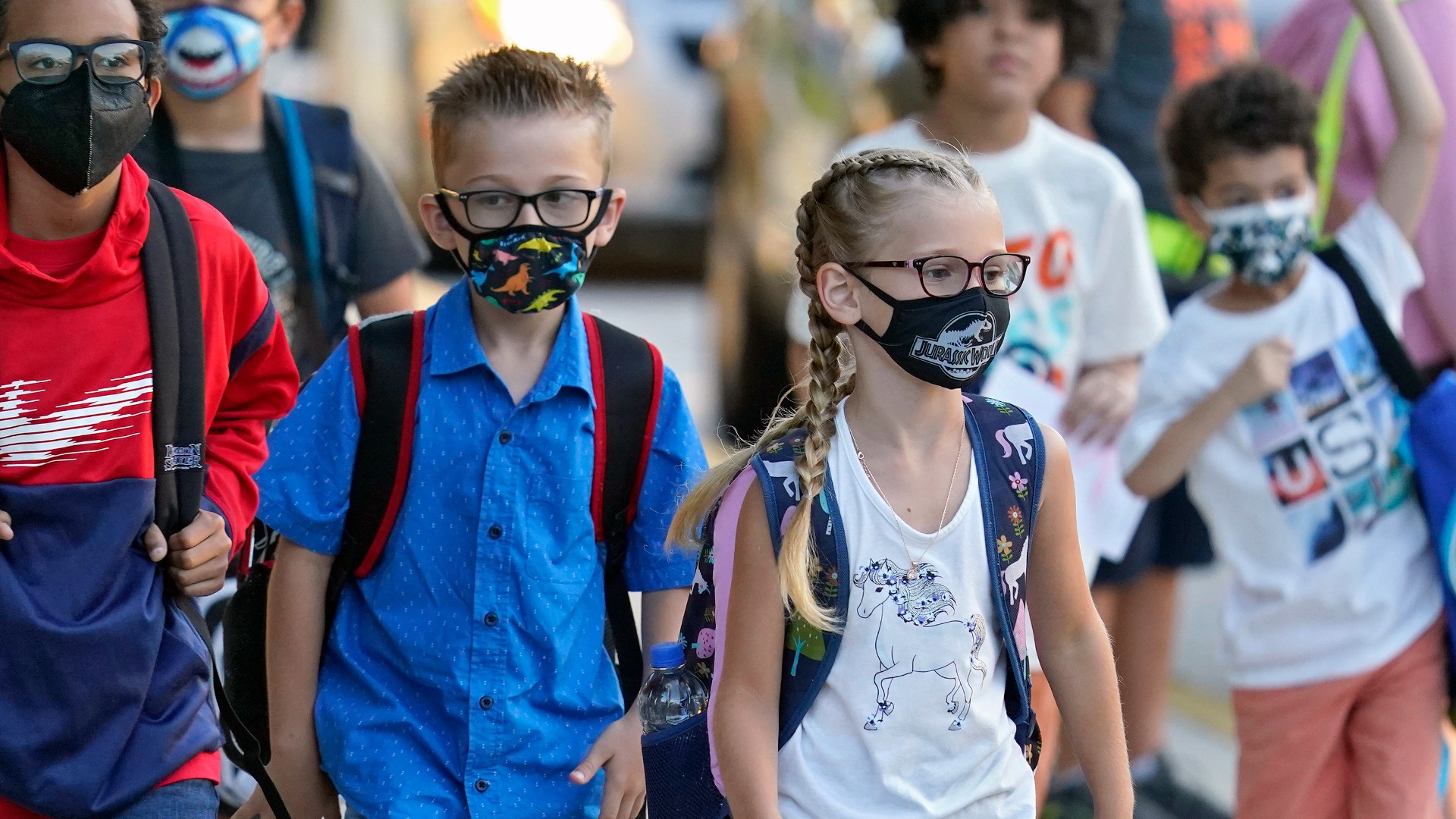 ATLANTA — It was an update Monday morning that some parents have been waiting months to hear.

Pfizer announced its vaccine is safe and effective for children from ages 5 to 11 years old, and now the company plans to soon send its vaccine trial data to the FDA as part of a request for an emergency use authorization.

Similar to adult vaccinations earlier this year, an EUA would allow younger children to be vaccinated.

"I'm very relieved. I'm really excited for my kids to have the opportunity to get vaccinated," said Jarah Botello.

Her children Lucia, 10, Alaina, 8, and Destiny, 7,  could all become eligible to receive Pfizer's vaccine if the FDA grants its EUA request. Vaccinations could protect her children and give an extra layer of protection for their grandfather battling pancreatic cancer.

While she admitted she is nearly 100% on board with having her children vaccinated soon, Botello does have some outstanding questions, including what were the side effects, what is the efficacy rate, and will her children still need to wear masks?

In its announcement Monday morning, Pfizer announced children 5 to 11 years old were given two doses, weeks apart, similar to adult vaccinations. The doses, though, were one-third the size of adult doses. It's only phase two of the company's three-part trial phase. So, the data's yet to be peer-reviewed but could soon be on its way to the FDA.

Some people questioned how long it took to research the vaccine in children. Pfizer announced in June of this year, it would study a lower dose of the shot in children under 12. So, it took about 4 months

Pfizer reported side effects were similar to what some 16 to 25-year-olds may have experienced, including aches, sore arm, and fever.

On the question of the efficacy rate for the vaccine's use amongst 5 to 11-year-olds, Pfizer didn't release that information on Monday, a departure from how it initially released information for other age groups.

"We don't know whether there were cases of COVID-19 among children that were involved in the study and how those compared in those that received placebo and those that receive the vaccine," said Dr. Evan Anderson of Children's Healthcare of Atlanta and Emory University.

While Pfizer didn't release efficacy information, it did report the vaccine was safe and effective while leading to a robust antibody response similar to 16 to 25-year-olds.

This all comes as pediatric COVID cases rose 240 percent since July in the country.

In some of metro Atlanta’s larger counties, the results are mixed. In Cobb County, the active cases of students and staff increased by more than 650 people last week. However, Fulton and DeKalb County schools reported a decrease in COVID positive students.

Based on data right now, Anderson added that it would still be recommended for children to wear masks even if they're vaccinated.

"We've seen so much COVID-19 circulating in our communities, it will be critical to get the amount of transmission down before it is likely that the CDC might relax those guidelines," Andreson said.

"I think for us, the good really outweighs the bad. I think for us there is a greater risk to have complications from illness than complications from the vaccine in our case," said Liz Daye, a mother of four. She is leaning toward having all of her children vaccinated as soon as possible as they have existing medical conditions.

Her 8-year-old has spina bifida, her 7-year-old has severe asthma, and her 5-year-old has type 1 diabetes. Having most of her family vaccinated could also help protect her two-year-old, who has epilepsy.

In the coming days and weeks, Daye said she would be meeting with her children's specialists and discussing the best course of action for each of her children.

"I'm hoping that we can get on the same page and get the ball rolling on what we need to do to protect our kids," she said.

Medical experts recommend anyone with outstanding questions talk with their doctor.

There have been predictions the FDA could grant a EUA by late October, allowing for vaccinations amongst 5 to 11-year-olds. However, Anderson stressed the FDA could always ask for additional data or recommend vaccine trial participants be monitored longer than they already have. Either of those actions could delay a EUA being granted.

While some attention is now being focused on getting the vaccine to younger children, the conversation about booster shots for adults also continues.

Gov. Brian Kemp said on Monday that if booster shots are approved, the state will be ready.

A government advisory panel overwhelmingly rejected a plan Friday to give Pfizer COVID-19 booster shots across the board, and instead endorsed the extra vaccine dose only for those who are 65 or older or run a high risk of severe disease.

“Well we’re still waiting to see what the official order will be, but certainly public health and our team have been preparing for that day on boosters,” Kemp said. “It’s very limited right now, but it’s just going to be the same scenario we did before. How we tackle this time — whether we do the same type things or go at it a different way — we’re still working through those protocols.”