Cobb County Parents said they're worried about increases in cases and the spread of the delta variant. 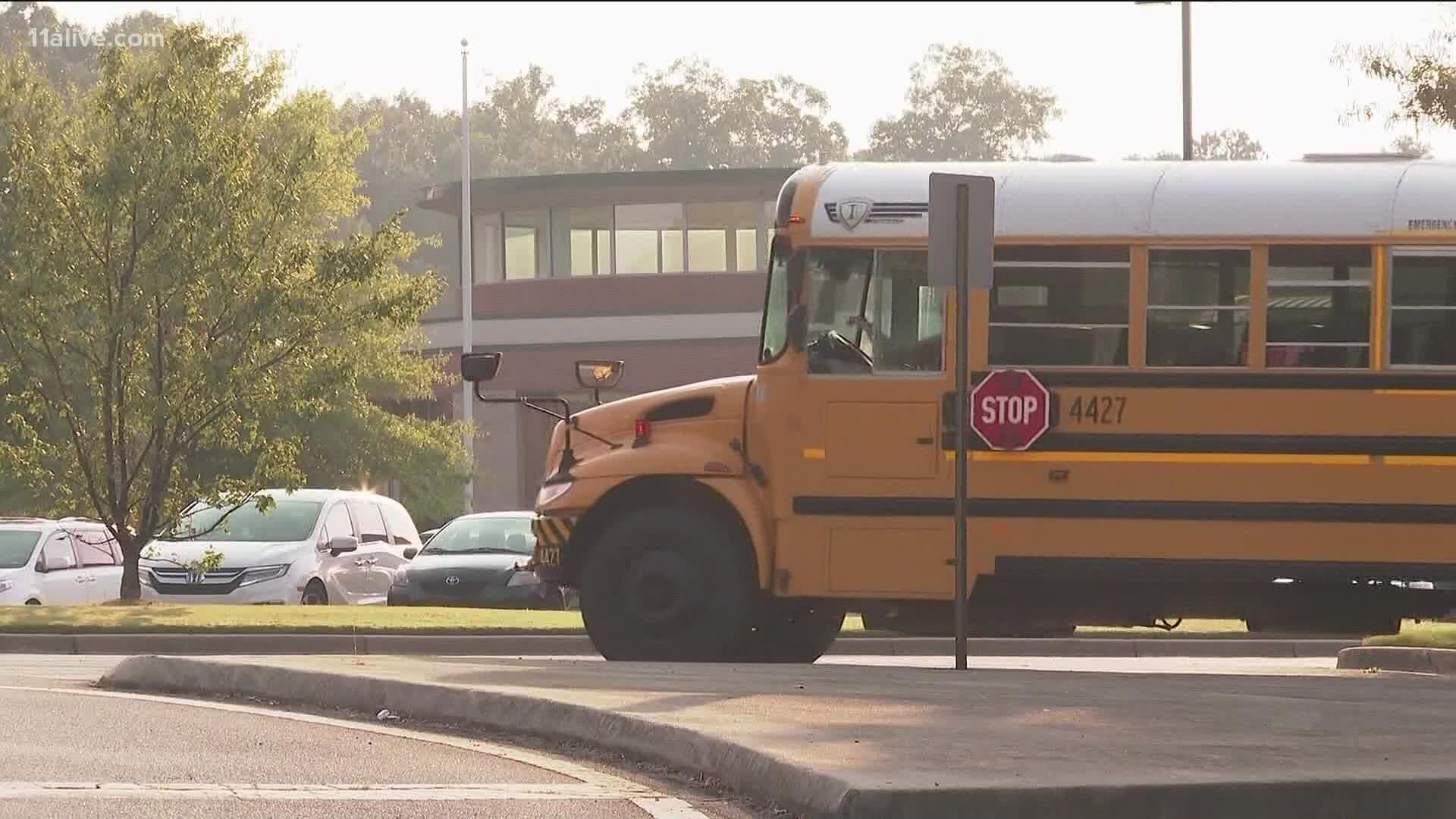 ATLANTA — Monday was the first back to school day for hundreds of students in Cobb County after getting a week off for fall break. For a district that's received a lot of attention over its mask optional policy, some say the break was not needed.

Cobb County father Chris Lopez said he struggles every day on whether to send his son to school. “We’re all worried about our kids, students, and teachers in schools,” he said.

Lopez added that he now drives his son to school rather than putting him on a bus in order to eliminate that risk of possible exposure to COVID-19.

Meanwhile, a mother of children in the district, Carianne Muse, said she worries about what others did over the break.

"I expect that people probably traveled…when they were traveling – who knows if they were being safe or not and a lot of people don’t test before and after travel," explained Muse.

As of last Friday, the district has reported around 5,300 cases since schools went back to in-person learning on Aug. 2. Masks remain optional in the district that serves an estimated 107,000 students.

In recent weeks, there have been fewer new cases reported among Cobb County kids. Just before fall break, the superintendent sent a letter to parents stating just under 400 cases had been reported that week – a 62% drop from a peak at the end of August.

“Every morning – he wakes up and he’s like 'am I going to go to school today?' And I tell him the night before or that morning either why we’re staying home or not," adds Muse.

As in-person learning returns this week, the district is facing a federal lawsuit from some parents claiming Cobb Schools is violating their children's disability rights through insufficient COVID protocols. The suit is asking the county to enforce a mask mandate and other COVID-19 procedures. A district spokesperson said they are supporting students' needs on a case-by-case basis.