Mayors in Atlanta, Brookhaven and Athens all say they're concerned about the impact Monday's decision will have on the spread of COVID-19. 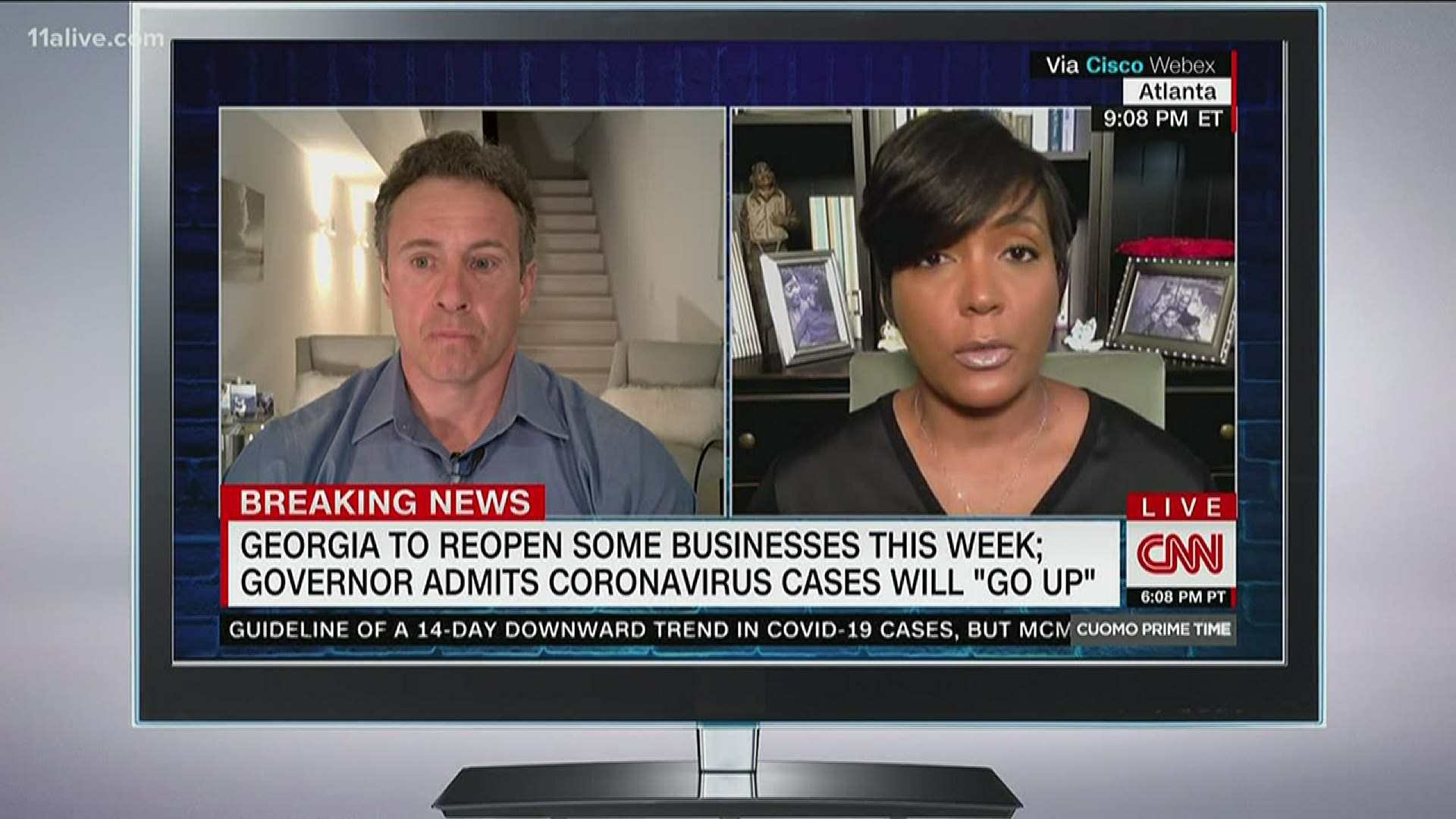 ATLANTA — Atlanta Mayor Keisha Lance Bottoms didn't hold much back when she spoke to CNN on Monday.

"As I look at the data, and as I talk with our public health officials I don't see ... that it's based on anything that's logical," she said of Gov. Brian Kemp's decision to begin reopening businesses as early as Friday.

It's a decision that will be statewide and also out of the hands of local mayors since, in the governor's own words, it supersedes their own previous local restrictions on business.

While these businesses will still be required to practice many stringent distancing and sanitation requirements that were previously placed on essential services like grocery stores, some mayors are surprised to see the move come ahead of even the end of Georgia's own shelter in place order which will expire at the end of the month.

Bottoms, who had her own shelter in place order for Atlanta, later released a statement that, in part, insisted that those in her city remain inside.

"More than 19,000 Georgians have tested positive for COVID-19 and the numbers continue to increase," she said. "It is the Governor’s prerogative to make this decision for the state, but I will continue to urge Atlanta to stay at home, stay safe and make decisions based on the best interests of their families."

And she's not the only Georgia mayor with concerns.

Ernst said he was skeptical. Under his order, Brookhaven became the first Georgia city with a social distancing regulation.

"I hate the notion of mixed messages when public health experts are telling us different things than the concepts that underlie the governor's order here," he said.

One of the biggest issues is the lack of testing. Georgia currently ranks 46th in the nation.

"It's like sending a football player onto the football field saying, 'Eventually, we're going to give you some pads and a helmet. Eventually'," he said.

Back in Brookhaven, Mayor Ernst said some business owners in Brookhaven are also concerned. He said the first text he got was from someone who owns a restaurant who felt coming back now could hurt his business even more.