How much will it help or hurt either candidate if there is no COVID vaccine by the time voters go to the polls? 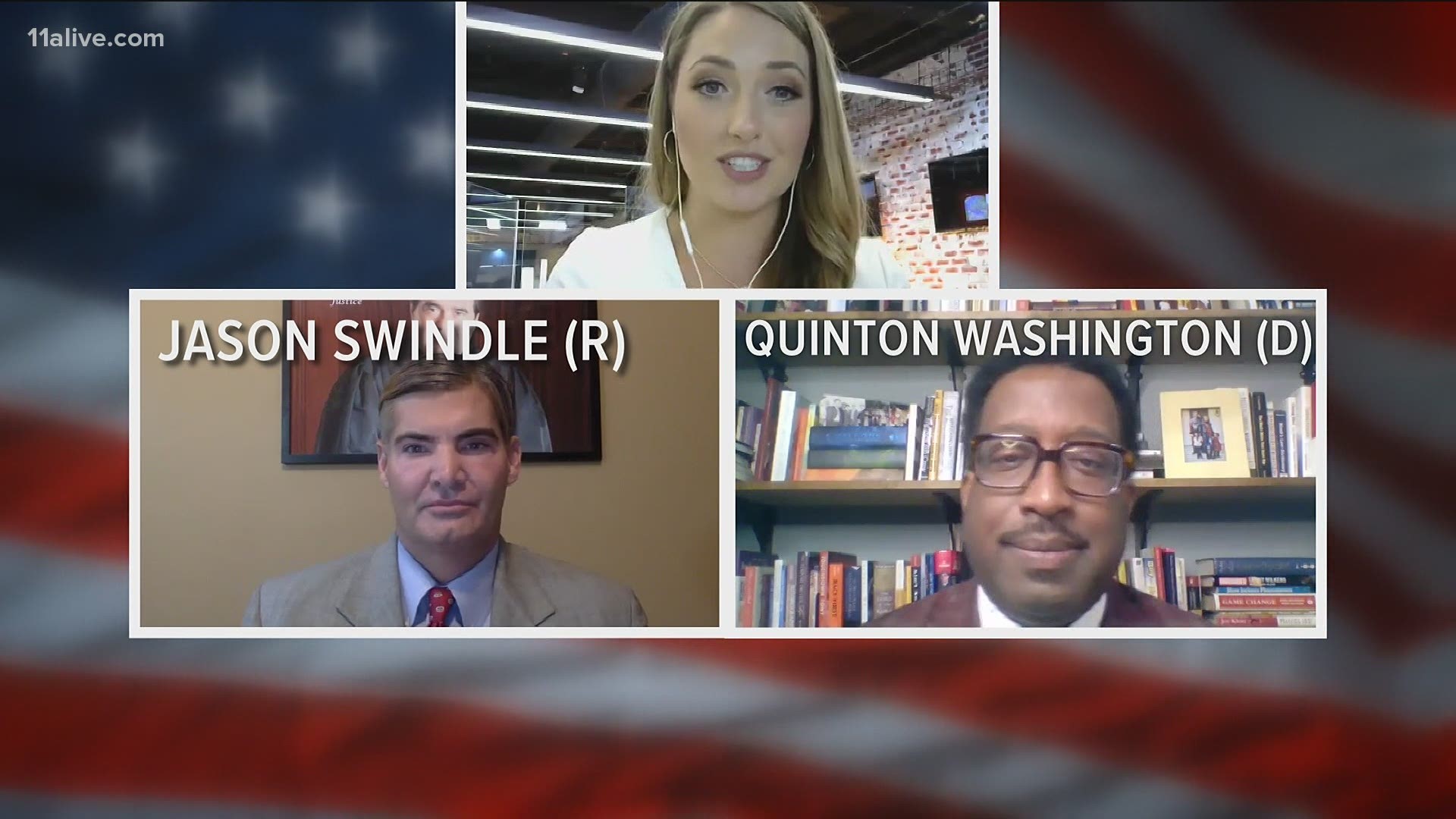 ATLANTA — Scientists are working at “warp speed” to create a vaccine for COVID-19, but with less than a month to the presidential election, it’s looking less and less like we’ll have one before November 3rd.

It has become a hot topic during this political season. President Donald Trump promised the country would have a vaccine by Election Day.

During remarks in the Rose Garden on May 15, President Trump announced the historic effort to fast-track a vaccine.

“It’s called Operation Warp Speed. That means big and it means fast. A massive scientific, industrial, and logistical endeavor unlike anything our country has seen since the Manhattan Project,” President Trump said. “Its objective is to finish developing and then to manufacture and distribute a proven coronavirus vaccine as fast as possible. Again, we’d love to see if we could do it prior to the end of the year.”

By September, President Donald Trump said the U.S. government could start distributing a coronavirus vaccine as early as October.

“We’re very close to that vaccine as you know and I think much closer than I think most people want to say,” Trump said during a White House press briefing. “We think we can start sometime in October. So as soon as it’s announced we’ll be able to start. That will be from mid-October on. It may be a little bit later than that.”

He later said all Americans could be vaccinated by April 2021.

Robert Redfield, director of the Centers for Disease Control and Prevention told lawmakers at the end of September that a vaccine could be available by late spring or next summer.

"If you are asking me when is it going to be generally available to the American public so we can begin to take advantage of (a) vaccine to get back to our regular life I think we are probably looking at the third – late second quarter, third quarter 2021," Redfield said.

Democratic Presidential nominee Joe Biden has criticized the President’s timeline for the coronavirus vaccine. In mid-September, he said, “In fact, even if we get a vaccine, it will not be available for most of the population until well into 2021.”

Because of all the back-and-forth, 11Alive sat down with two political analysts on opposite sides of the political spectrum to discuss how this will affect voters at the polls.

Jason Swindle (R) is the founder of Swindle Law Group in Carrolton. He is a criminal defense attorney and an adjunct professor of criminal and constitutional law at the University of West Georgia.

Question: “The question we’re tackling today is ‘How important is a COVID vaccine to this presidential election?”

Question: The president has often touted that we are very close to having a vaccine that could go out to the public, possibly by Election Day, maybe even sooner he has said. How much will it help or hurt either candidate if we do not have a vaccine by the time voters go to the polls? Do you think that could change a swing voter’s – or an already decided voter’s -- choice?

Question: How many voters do you think are up as swing voters? How many could this actually impact?