The NBC News/Survey Monkey poll shows most Americans more than half of Americans either would not get a vaccine if available or reluctant about it. 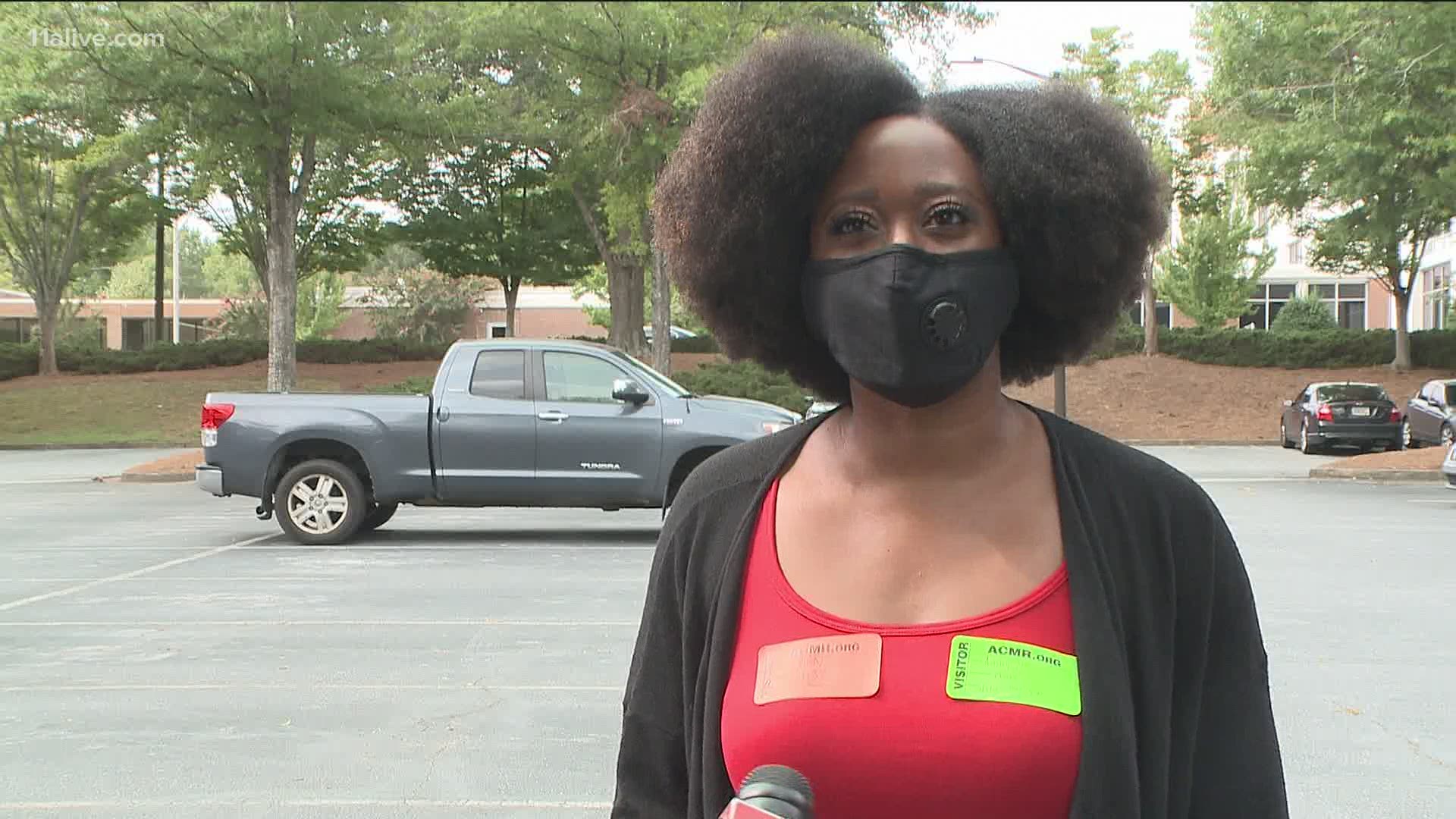 ATLANTA — A new NBC News/Survey Monkey online tracking poll shows that most American adults do not trust what President Donald Trump has been saying about a coronavirus vaccine.

When those results are broken out by political party, 58 percent of those who either identify as Republican voters or lean Republican say they trust the president's vaccine comments, while 14 percent say they do not and 27 percent say they are not aware of what he has said about the vaccine.

Conversely, 3 percent of Democratic voters and those who lean Democratic say they trust what Trump says about the coronavirus vaccine, while 88 percent say they do not trust the president's statements. Another 9 percent say they are not aware of his comments.

The president has emphasized an aggressive timeline in relation to the development and distribution of a COVID-19 vaccine across the nation.

According to Trump during his Republican National Convention acceptance speech, a "safe and effective" vaccine would be available before the end of the year. In statements since, Trump and the Atlanta-based Centers for Disease Control and Prevention have told states to be ready for distribution of a vaccine as soon as Election Day, the first week of November.

RELATED: Fauci: Life back to normal in late 2021, even with COVID-19 vaccine

Conversely, epidemiologist Dr. Anthony Fauci reiterated as recently as last week that while he feels "cautiously optimistic" that a safe and effective vaccine will be found before the end of 2020, doing so before early November was "unlikely."

There have been reports of political appointees trying to control messaging from scientific experts, and experts have raised concerns that the Trump Administration was eroding faith in public health after Food and Drug Administration head Dr. Stephen Hahn walked back comments about the effectiveness of treating COVID-19 with plasma.

California senator and Democratic vice presidential nominee Kamala Harris said she fears that public health officials will be "muzzled" and "sidelined" during the push for a vaccine because Trump is looking at an election in less than 60 days.

Democratic presidential nominee Joe Biden said he is "worried if we did have a good vaccine, people are going to be reluctant to take it," because Trump "is undermining public confidence" in vaccine development.

President Trump has called on both to "immediately apologize" for what he called "anti-vaccine rhetoric."

Data come from a set of SurveyMonkey online polls conducted on September 7-13, 2020 among a national sample of 36,654 adults in the U.S. Respondents were selected from the more than 2 million people who take surveys on the SurveyMonkey platform each day. The modeled error estimate for this survey is plus or minus 1.0 percentage points. Data have been weighted for age, race, sex, education, and geography using the Census Bureau’s American Community Survey to reflect the demographic composition of the United States age 18 and over.