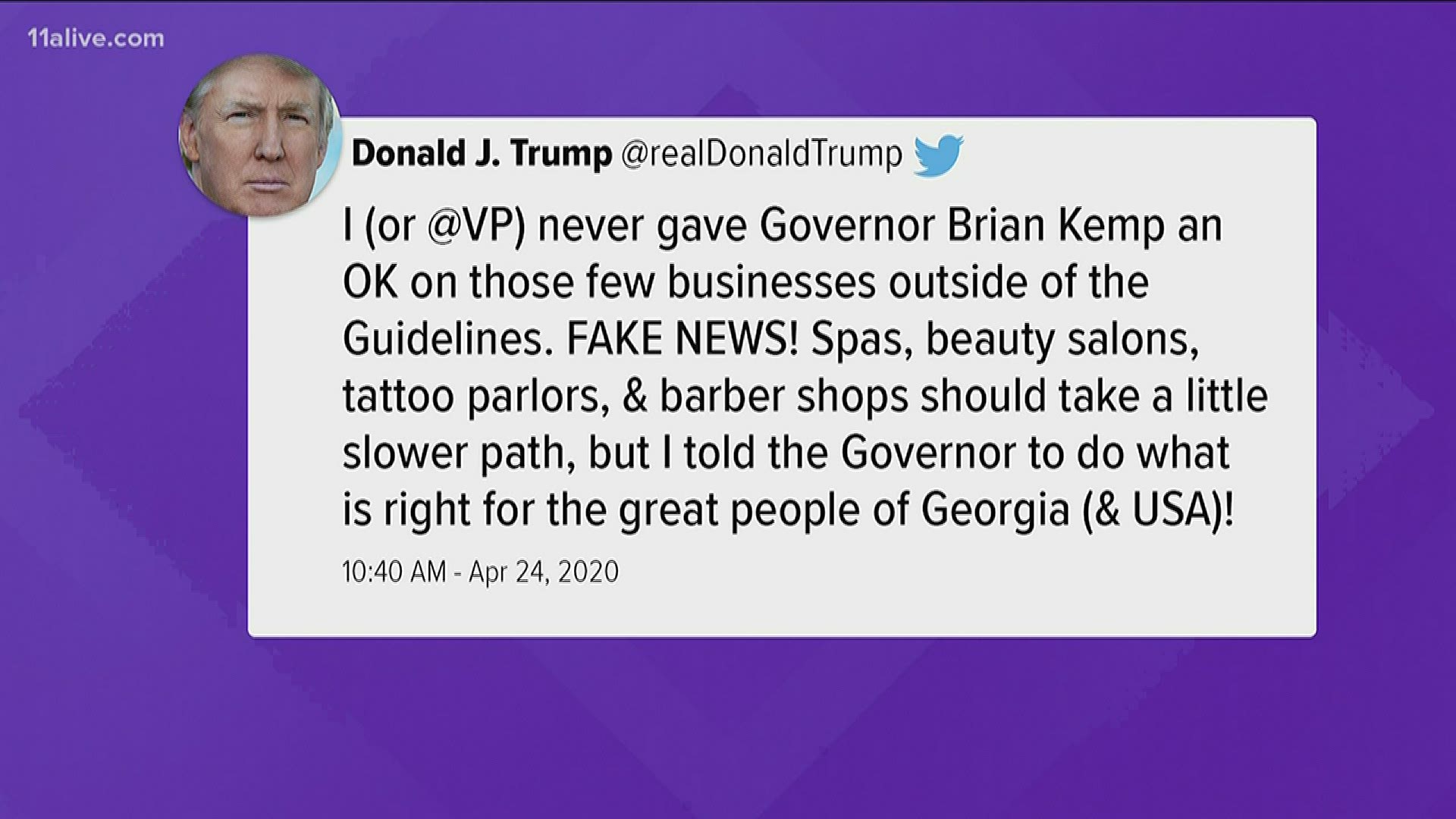 "I (or @VP) never gave Governor Brian Kemp an OK on those few businesses outside of the Guidelines," Trump tweeted.

The president insisted that Kemp should "do what is right for the great people of Georgia," in the tweet.

Today is the first day, under Kemp's new guidelines, that salons, spas, gyms, barbershops, tattoo parlors and bowling alleys are able to operate.

On Wednesday, he said he "strongly" disagreed with Kemp's move.

On Monday, restaurants and theaters are able to open under Kemp's plan.

The governor told 11Alive on Wednesday that he stands by his decision and that he is using the data provided by experts. He also took to Twitter after Trump made the remarks.

Georgia begins the reopening process today | Here's how it will work