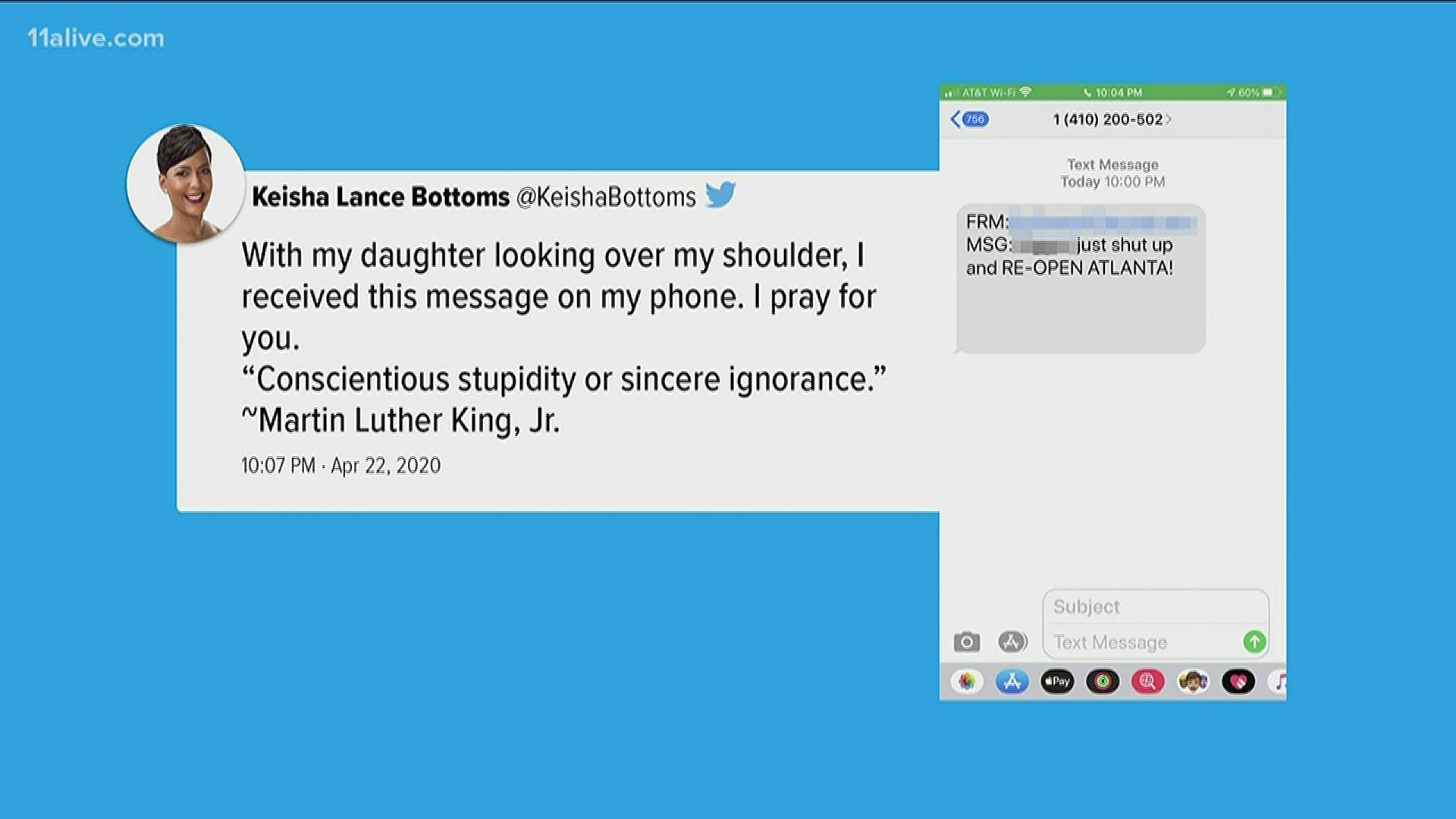 ATLANTA — Georgia Attorney General Chris Carr and the Georgia Bureau of Investigation are now searching for the person behind a racist message sent to Atlanta Mayor Keisha Lance Bottoms.

The news comes after the mayor posted a photo on Twitter that showed a message sent from email to her phone -- allegedly from a Georgia.gov email account – calling her the n-word and telling her to “just shut up and RE-OPEN ATLANTA.”

In the tweet, Mayor Bottoms said her daughter was looking over her shoulder when she received the message on her phone. Since she shared the message publicly, lawmakers in Georgia have expressed outrage, including 14 members of the State House and Senate who co-signed a letter to Carr penned by State Rep. Pat Gardner urging an investigation.

“Obviously, the sender of the text message intended to intimidate Mayor Bottoms,” Gardner said. “This is especially concerning because this text message purported to be from an official State of Georgia email account.”

The letter to Carr went on to acknowledge that the email may have been from a “spoof account” but said that either scenario is likely a violation of one or more state laws.”

“Hateful and intimidating speech under the guise of an official Georgia email address has no place in Georgia, and especially in the public policy process,” Gardner wrote. “Though Mayor Bottoms was not intimidated and will continue to act to protect her constituents, we must ensure that this does not happen again.”

A spokesperson for Attorney General Carr’s office, Katie Byrd, said they were in receipt of the letter and that he “immediately directed” the prosecution division to investigate. GBI spokesperson Nelly Miles also confirmed the state agency is investigating as well.

Neither agency has elaborated on what charges the person behind the message could face.