According to the report, which is dated Nov. 15, Georgia has the 48th highest rate in the country for new cases. 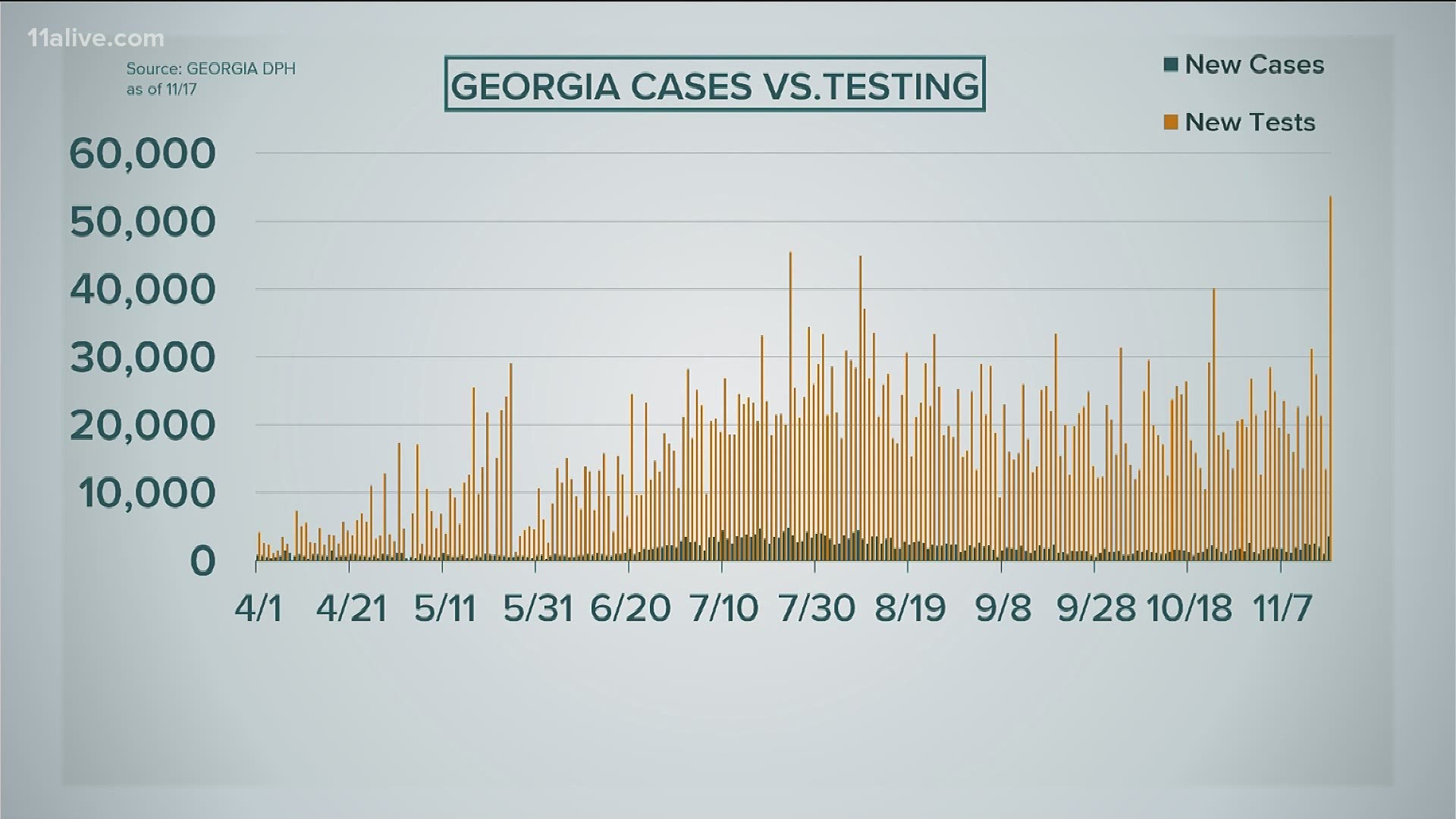 ATLANTA — While Georgia remains in the "red zone" for COVID-19 cases, a White House Coronavirus Task Force report said the state has seen stability in new cases and an increase in test positivity, which is "an early sign of future deterioration."

Being in a red zone means there are 101 or more new cases per 100,000 population. According to the report, which is dated Nov. 15, Georgia has the 48th highest rate in the country.

However, when it comes to test positivity, Georgia is in the orange zone, indicating a rate between 8 percent and 10 percent, with the 35th highest rate in the country.

The counties with the highest number of new cases within the last three weeks are Fulton, Gwinnett, and DeKalb.

"These counties represent 24.4 percent of new cases in Georgia," the report reads.

Community spread is still a main concern, which has been a driving force behind some surges. To interrupt the spread, the White House task force is suggesting focused testing for both asymptomatic and pre-symptomatic people.

"Ensure masks at all times in public, increase physical distancing through significant reduction in capacity in public and private indoor spaces, and ensure every American understands the clear risks of ANY indoor interactions outside of their immediate household without masks," the task force recommended.

"Proactive testing must be part of the mitigation efforts," the report added, recommending weekly testing for some community members, like college students and teachers.

Another concern is hospitalizations. The report said new COVID admissions are difficult to interpret in Georgia but appear to be increasing again.

Officials added there are early signs of reduced N95 masks, gowns, and glove supply in specific hospitals’ reporting. They suggested checking with the emergency management for support if a supply issue is confirmed.