Remdesivir was originally tested to treat Ebola patients but early results in clinical trials right now suggest it could be far more effective in treating COVID-19. 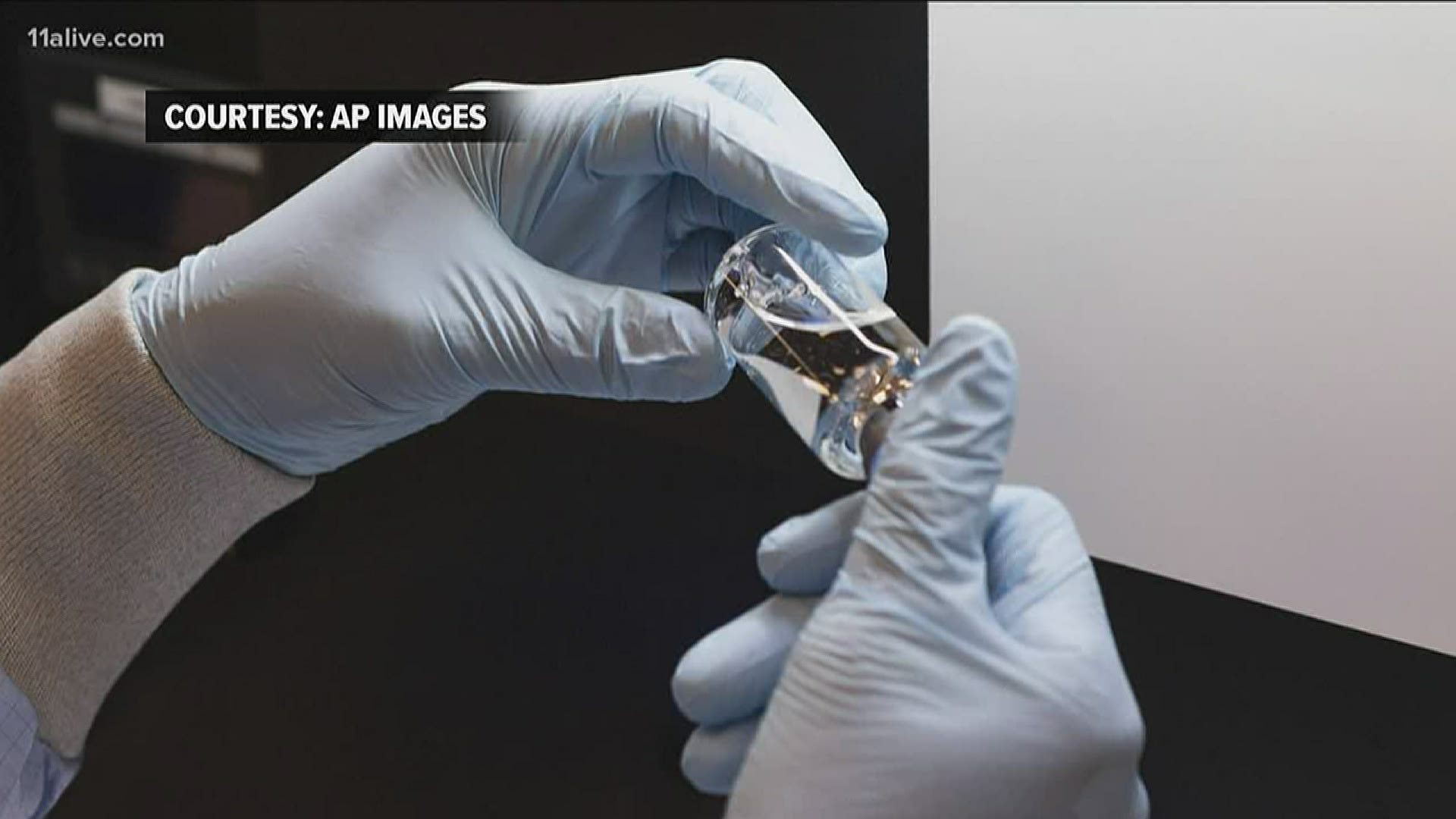 ATLANTA — Early results from a new study suggest coronavirus patients may be responding to an experimental, antiviral drug called Remdesivir.

And one of the largest clinical trials in the world for the drug is happening at Emory University Hospital in Atlanta.

Remdesivir was originally tested to treat Ebola patients but early results in clinical trials right now suggest it could be far more effective in treating COVID-19.

A small number of critically ill patients seem to be responding in several different trials.

At one hospital, the medicine improved the majority of patients' breathing allowing some to come off ventilators.

In a study by the University of Chicago, nearly all the serious COVID-19 patients treated with a daily infusion of Remdesivir recovered.

The drug is given intravenously and is thought to work by blocking the virus from further invading the body.

The trial at Emory University Hospital is one of the largest in the world.  It's a double-blind study, meaning neither patients nor doctors know who gets a placebo.

"What we have seen is lots of patients recovering,” Dr. Aneesh Mehta of Emory University Medical Center said. “Whether that's because they're getting a study drug or a placebo we don't know."

Already, we're seeing success stories from patients who opted to try the drug. In Washington state, intensive care unit doctors gave Remdesivir to Chris Kane as he struggled to breathe.

"Within 48 hours, I was feeling a lot better," Kane said.

It's still too soon to say whether Remdesivir is safe and effective. But researchers could be just two to three weeks away from determining whether it should be the go-to treatment in hospitals.

City of Kennesaw lays off 23 due to coronavirus

Nurse who battled COVID-19 now helps others with care packages. Saturday, she got a special surprise

Man who hoarded $10K worth of toilet paper, hand sanitizer can’t get a refund