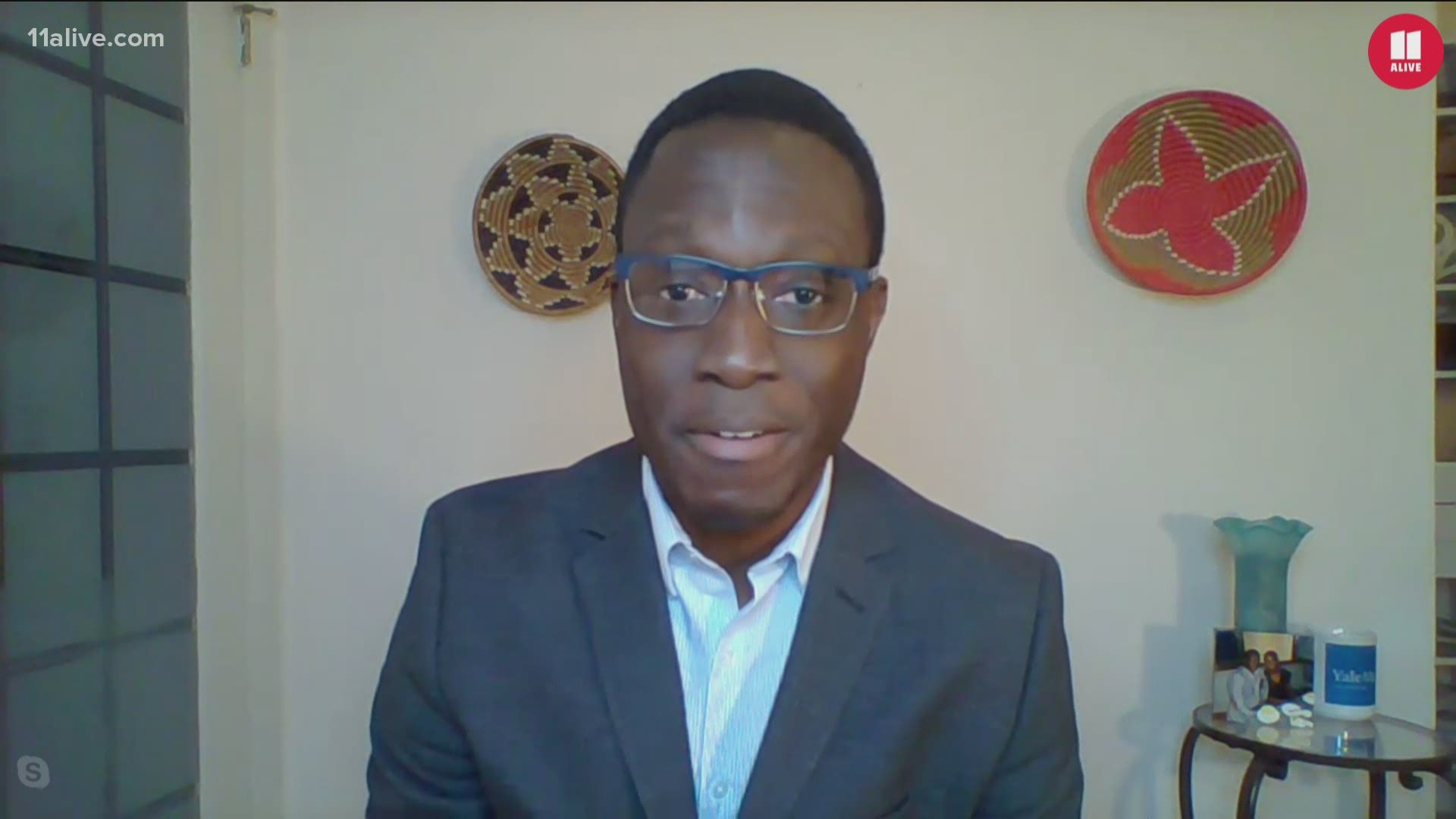 ATLANTA — A Yale researcher who ran the Pfizer COVID-19 vaccine trial at that school is stressing that "we have no reason to believe that it behaves any differently" between Black and white people.

Dr. Onyema Ogbuagu told 11Alive's Shiba Russell in an interview that, "I really want to reassure people in our community that the results also speak for us."

Pfizer has reported its vaccine is 95% effective, but Black Americans remain skeptical that those studies adequately reflect how it would affect them specifically.

An 11Alive poll conducted to gauge attitudes about the vaccines among Georgians indicated a disproportionate skepticism in the Black community, with only 19% saying they were fully certain they would get it, compared to 26% of white respondents, 32% of Asian respondents, and 33% of Hispanic respondents.

That skepticism has roots in a history of mistreatment by the American medical establishment, including a series of deeply exploitative experiments that targeted Black people, like the Tuskegee syphilis study.

Dr. Ogbuagu told Russell that the Pfizer studies he helped oversee had an "adequate representation" of Black participants.

"I want to reassure everyone that the trial represented both white, Black, and brown communities and that the studies found equal efficacy and no difference in safety signals by race or ethnic lines," he said.

Of 44,000 volunteers in the Pfizer trials, about 10% were Black. Dr. Ogbuagu acknowledged, "some of us would have liked for those numbers to be better," referencing the participating of more Black participants. But he said that he was confident they showed "the efficacy of the vaccine was similar between Blacks and other races."

"We have no reason to believe that it behaves any differently in Blacks compared to whites, and that was observation all through the clinical trial," Dr. Ogbuagu said. Ogbuagu received the vaccine himself last week.

With CDC data showing COVID-19 a significantly greater threat to Black people -- including hospitalizations at a rate almost four times greater than white people, and deaths almost three times greater -- Dr. Ogbuagu said he hopes the vaccine will offer an end to the pain being inflicted on the community.

"This disease disproportionately affects Black and brown people, and I would hope that now that we have at least one pathway to protecting our communities against this that we can galvanize efforts to try and ... get in line, roll up your sleeve, get the vaccine," he said.