A coalition of restaurants nationwide wants to encourage people to order out on Tuesday, March 24. 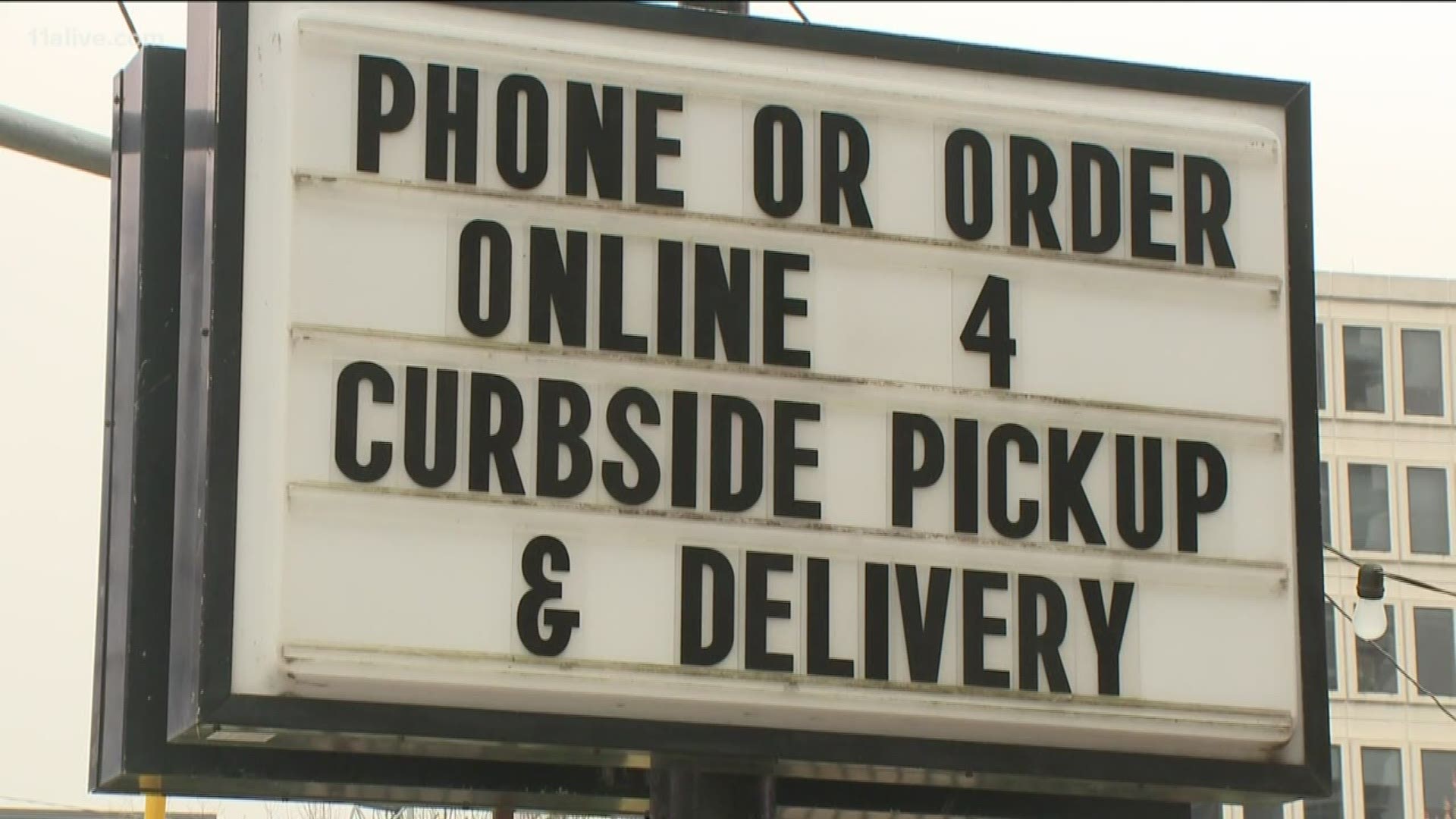 ATLANTA — The restaurant industry is taking a major hit right now as leaders continue to try and slow the spread of COVID-19.

Many restaurants have been limited to take out and delivery only as their dining rooms are force to close. Now, a coalition of restaurants nationwide wants to encourage people to order out on Tuesday, March 24. They’re calling it the #GreatAmericanTakeout.

Andrijano Djula, owner of Crispina Ristorante and Pizzeria, is also limited to carry-out and delivery only.

“Almost like 80 percent of our business we lost,” he said.

He said with that big of a drop in business, his employees are also taking a big hit.

“We’re working right now, like, only 20 percent of the staffing. We’re trying to rotate the hours to everybody,” said Djula.

Unfortunately, this is the story for many restaurants around the country.

“We want everybody to know that we’re open for business and go to your favorite local restaurant, your favorite restaurant chain,” said Tim Hackbardt, the Chief Marketing Officer for Del Taco.

He said this is as much about keeping restaurants in business, as it is about helping the people working in them.

The National Restaurant Association has turned to asking the White House for relief, saying 5 million to 7 million of those jobs could be lost, along with $225 billion in the next three months if this trend continues.

“Those are the ones who will be most impacted. They have less capitol reserve than a company like ours might have. It may be their dream that they spent all of their money on. It’s their love. It’s their passion,” said Hackbardt.