'Social distancing' and 'flattening the curve': What does it mean?

It might be exactly what we need to stop the spread of the virus. 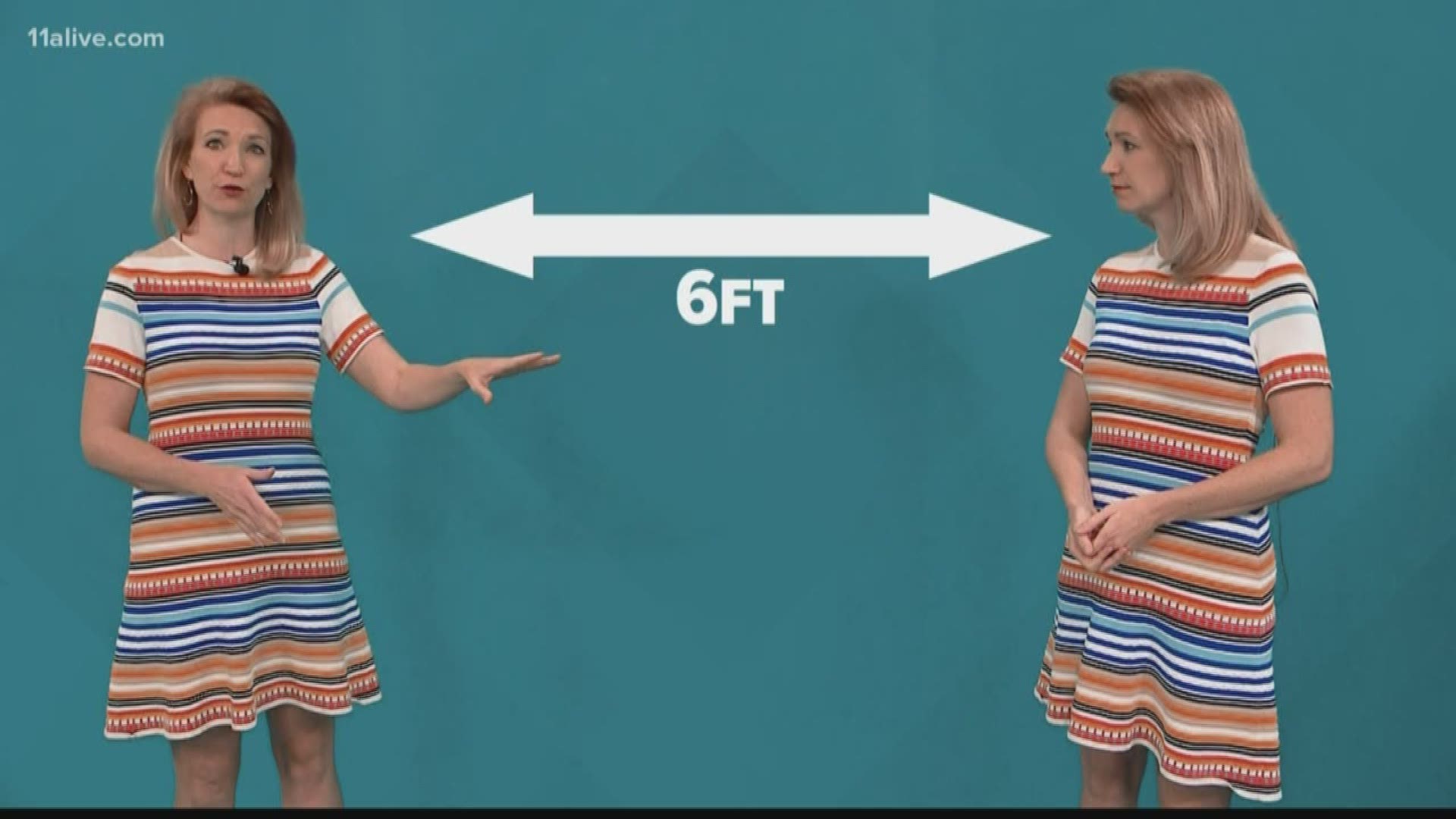 ATLANTA — There has been a flood of cancellations as the coronavirus continues to spread across the globe.

It's impact has been far reaching, forcing concerts, galas, conferences and dozens of other gatherings, set to take place this weekend, to be called off.

A lot of people have written into the 11Alive newsroom saying the mass cancellations have been scary and feel really unfamiliar. But, as 11Alive's Kaitlyn Ross found out, it might be exactly what we need to stop the spread of the virus.

The idea behind those cancellations is to achieve what is called "flattening the curve," with the goal of slowing the spread of the virus by limiting interactions with massive amounts of people.

It's why the big sporting events, galas and concerts have all shut down - in order to hopefully shut down the virus.

The idea is to flatten the curve - to stop the spread of the Corona Virus before it overwhelms the healthcare system.

A graphic from the CDC illustrates how this would work well.

If we did nothing right now and carried on exactly as normal, we would end up in the dark red part of the chart - the health care system would be overrun, above max capacity, and unable to care for people who are really sick.

By slowing the spread of the virus, we stay in the blue where people still get sick, but it's at a level where the doctors and hospitals can still manage it, and treat people who need it.

But beyond that, medical experts recommend people limit their exposure in one-on-one interactions, as well. That's through what's called social distancing, and it means just keeping away from other people.

Along with avoiding large crowds, disease experts recommend standing at least 6 feet away from people in your every day interactions. It feels weird and uncomfortable, but it's actually really important if we want to stay out of the "red zone" until the outbreak is under control.

Cruise ship passengers in quarantine at Dobbins: ‘Nobody’s been tested’ for coronavirus

Which school systems are closed for coronavirus?

Atlanta NASCAR race will be held without fans