The legislators held a news conference to call on Labor Commissioner Mark Butler to make fixing the delays a top priority. 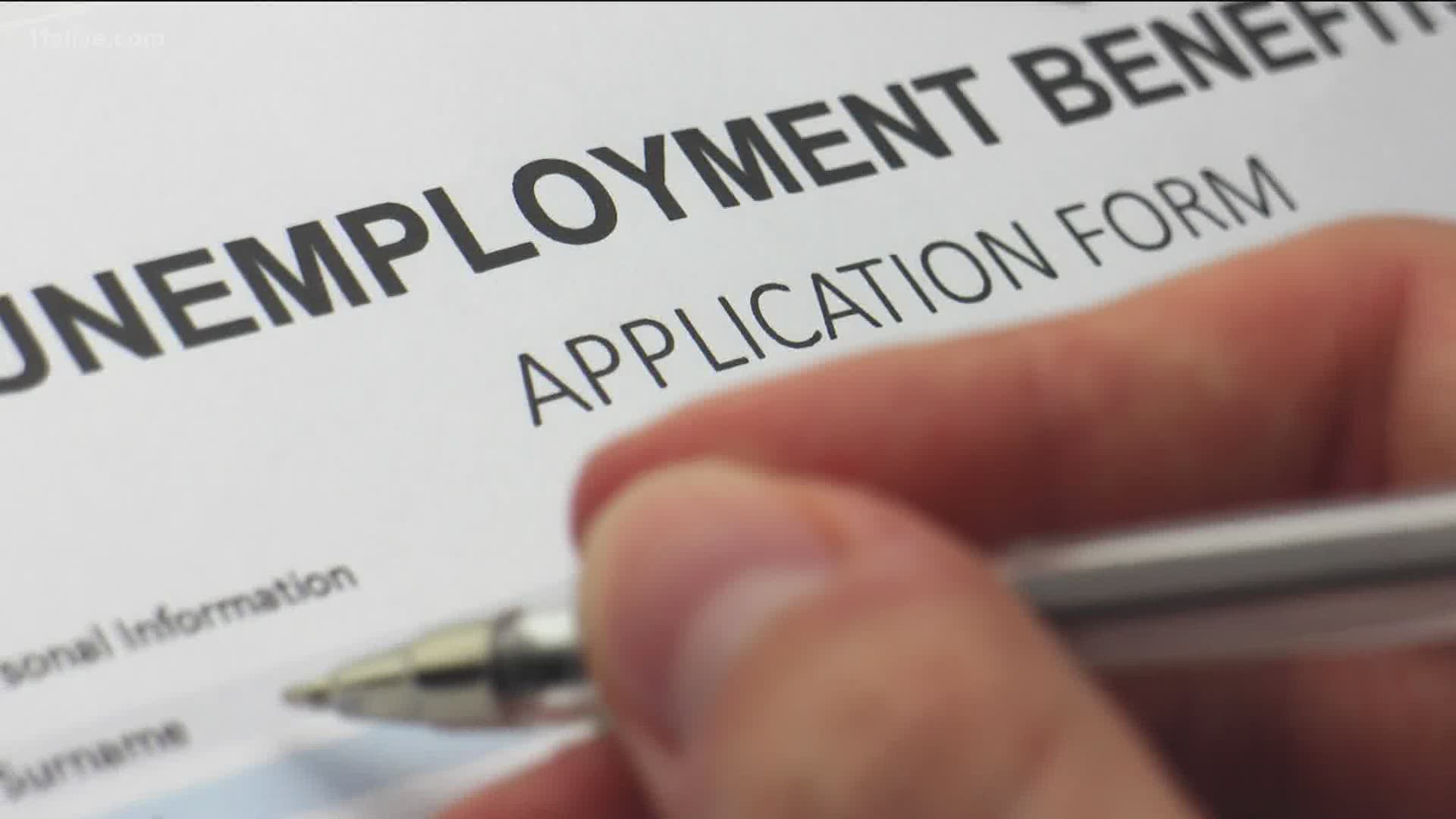 ATLANTA — Georgia state House and Senate leaders from parts of Metro Atlanta held a news conference Monday morning to express their concern with continued processing delays by the state Department of Labor of unemployment benefits.

The lawmakers say they are asking Labor Commissioner Mark Butler to take priority action to process any existing backlog of claims. In addition, they are asking Butler's office to train and hire staff to investigate and completely resolve any claims that are older than 30 days.

"We are at a critical time for many Georgians," said Rep. Sandra Scott (D - 76th, Rex), in a statement. "Failure to pass the extended unemployment benefits have left individuals, families, workers and businesses at risk. With moratoriums lifted on Evictions and Utilities, the most vulnerable will be hardest hit."

The legislators are asking Butler to establish and staff an emergency call center for customer service questions that are not currently being asked.

“Many Georgians have failed to receive their UI benefits and payments," said Rep. Kim Scholfield (D - 60th, Atlanta). "Many have not received any correspondence from the Georgia Department of Labor. We are in a state of emergency and we need Commissioner Mark Butler to release the UI funds to the people that have been waiting for months."

In a statement to 11Alive, the Department of Labor said they were "disappointed" in the actions of the legislators and accused them of coming close to "inciting a riot."

The DOL's full statement from Commissioner Butler is below:

"We here at the Georgia Department of Labor are very disappointed in the actions of certain members of the Georgia State Legislature. This morning they came very close to inciting a riot at one of our locations unnecessarily putting at risk many of our hard-working employees who have been working 7 days a week in order to process the historic number of claims filed in Georgia over the last 5 months.

As part of their political stunt, apparently, these legislators made promises to the 200 people who were asked to show up that they could not fulfill, further agitating the crowd. Ironically, some of the legislators present at the press conference have had their constituent issues personally handled by the men and women working inside the career center through a system we developed in partnership with both the House and Senate members. These were the same individuals that these elected officials told the crowd would not return their phone calls and help their constituents.

It saddens me that politics has gotten to the point it has here in Georgia where elected officials no longer value the safety of others for political gain. I do, however, applaud the 95% of other legislators of both parties who have been consistently helping us identify individuals with serious issues with their unemployment claims."

Those same legislators said they were "disheartened" by Butler's response.

“It is deeply disturbing that Commissioner Butler, a statewide elected commissioner, would single individual legislators by name in an attempt to malign their character," said Chairman James Beverly (D-143). "These courageous legislators are doing the jobs they were elected to do. He owes them a public apology.”

The legislators reiterated that the purpose in holding the press conference was to address the backlog of unemployment claims in a "timely manner" and resolve the issues, like training additional staff to investigate claims and request Gov. Kemp intervene to establish a moratorium on evictions and utility cut-offs.

Editor's note: This story has been updated to include the response from the Georgia Department of Labor, as well as a follow-up response from legislators.