Sterigenics cited the coronavirus pandemic and the need to sterilize essential medical products and devices as the reason behind the lawsuit. 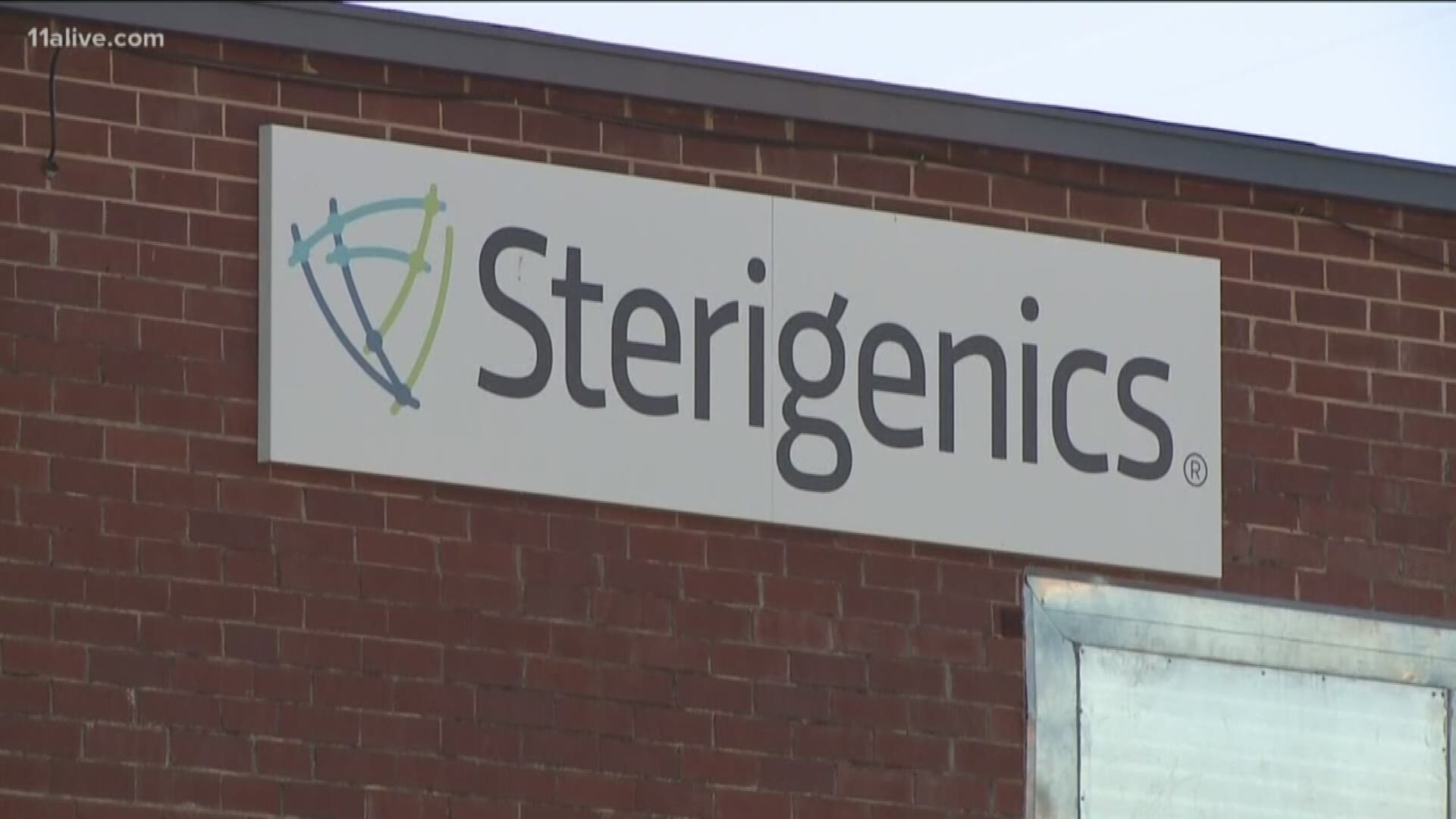 A Cobb County company that has come under scrutiny for emitting cancer-causing chemicals into the air has filed suit in an effort to be allowed to reopen fully.

Sterigenics is a medical sterilization company that uses ethylene oxide gas to sterilize medical devices and tools used in hospitals and other medical facilities across the country. The chemical, however, is a known carcinogen and research has shown emissions of it can lead to higher instances of cancer in surrounding areas.

After news of the amount of ethylene oxide Sterigenics was releasing into the air became public, the county took steps to pressure the company to close until it could reign in the emissions; Sterigenics did so last fall. Tense negotiations have been ongoing since to allow the facility to reopen with new monitoring equipment in place.

RELATED: Sterigenics threatens lawsuit against Cobb County unless they're allowed to resume work in Smyrna

Now, the company has filed a lawsuit to be allowed to reopen permanently amid the coronavirus pandemic.

Sterigenics announced it filed a complaint in the US District Court for the Northern District of Georgia against Cobb County, county officials and the state, Monday.

In the complaint, the company said it is seeking "immediate and permanent relief to resume normal operations" at its facility in Cobb County, near the Smyrna area. Sterigencis cited the coronavirus pandemic and the need to sterilize essential medical products and devices as the reason behind the lawsuit.

The Cobb County Commission chairman already signed an emergency order last week, allowing Sterigenics to operate in a limited capacity during the county's state of emergency, during which the company has worked to sterilize personal protective equipment.

Sterigenics, however, said the county is "illegally" blocking it from operating fully and permanently, "preventing millions of essential and lifesaving medical products from reaching health care providers."

"The County’s unlawful actions and the critical need for those products, most recently demonstrated by the ongoing battle against the COVID-19 pandemic, leave Sterigenics with no choice but to take legal action in order to resume safe and vital operations at our facility," the company said in a statement

In their statement, Sterigenics cited the US FDA's admission that there is no other widely available alternative to using ethylene oxide to sterilize equipment. It also cited its upgrades to reducing ethylene oxide emissions as another reason for it to be able to fully operate.

RELATED: 'It would be a pretty darn big hole in the ground': Hidden danger surrounds Georgia plants

When 11Alive reached out to Cobb County for a statement on the matter, a spokesman said the Chairman "stands by his recently released order" on the company. They declined to comment further, citing the pending litigation.

However, a vocal community group opposed to Sterigenics operations was critical of the lawsuit, calling it a sign of "clear corporate greed."

“This filing shows the true character of this company," the group Stop Sterigneics said in their statement.

"We find it appalling that they would choose to prioritize a permanent reopening instead of focusing on actually helping during the Covid 19 [sic] crisis," the group continued. "They have been given permission to operate temporarily with a focus on items that are needed to fight the pandemic. They are now occupying county resources that are desperately needed elsewhere using the current crisis to leverage the pandemic to their advantage."

News for Coronavirus in Georgia