The Georgia Department of Public Health's records suggest the teen had a chronic condition. 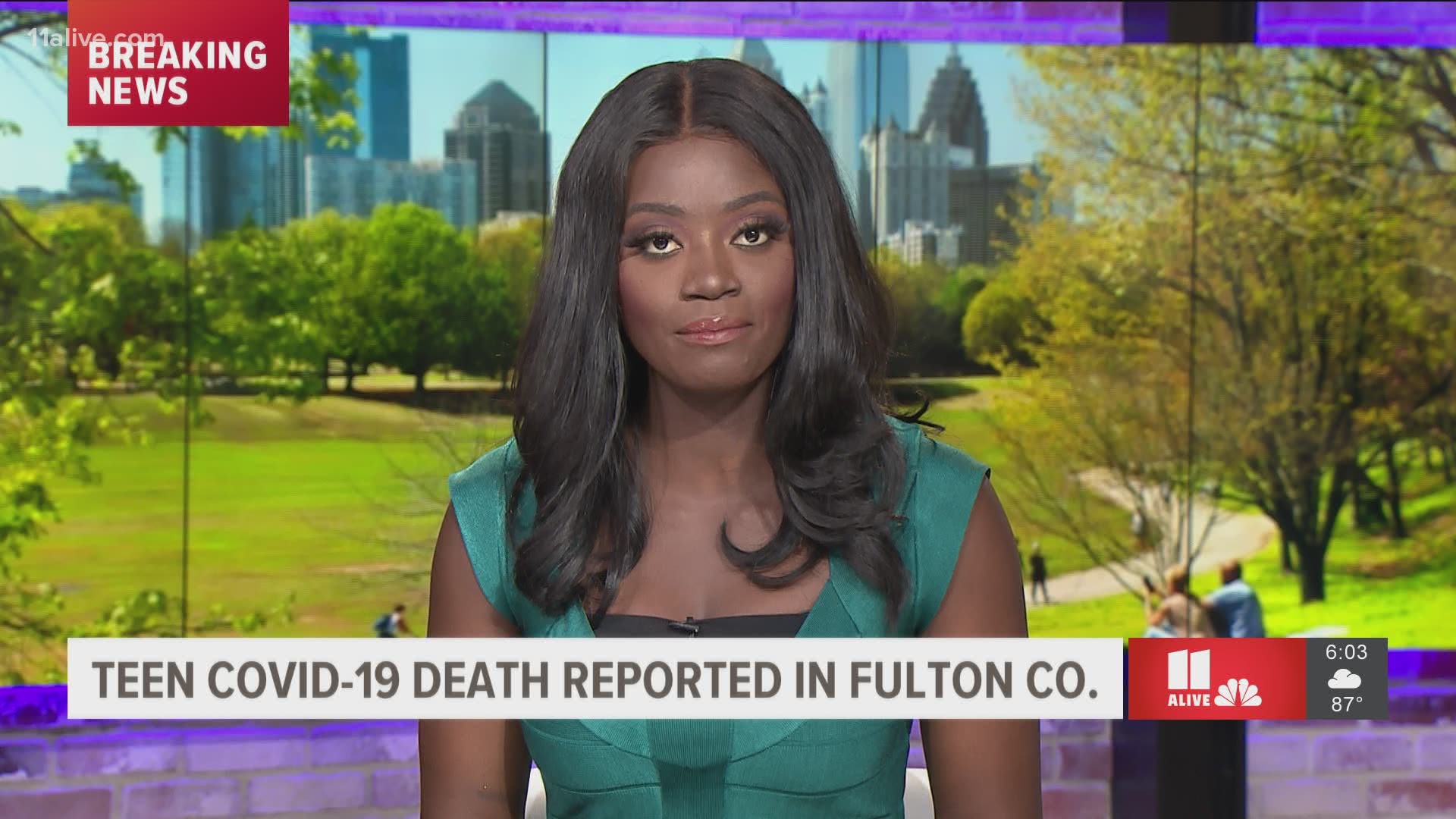 ATLANTA — A teen has become the youngest person in Georgia known to die from COVID-19 according to state records.

The victim's name hasn't yet been released; however, a situation report from the Georgia Emergency Management Agency released on Sunday suggested that a 17-year-old had just been added to the list of those who have died.

The Georgia Department of Public Health provides additional details, including the fact that the teen was male, was in Fulton County and was listed as having a chronic condition.

While the boy is the first teen death related to COVID-19 reported by the state, a breakdown of ages shows nine others in spanning their 20s have also died from COVID-19 since the state first started tracking cases. Some of these young adults had pre-existing conditions - though not all of them did.

Still, deaths among younger generations, while not unheard of, are not the norm. The average age of those who have died in Georgia from COVID-19 is 73.6 according to GEMA.

In that agency's once-daily report, there have been 1,824 deaths in Georgia as of about 1:51 p.m. on Sunday. That's 13 more than were reported by the same agency roughly a day earlier.