Gov. Kemp held a news conference Monday to give an update on the state's response to COVID-19. 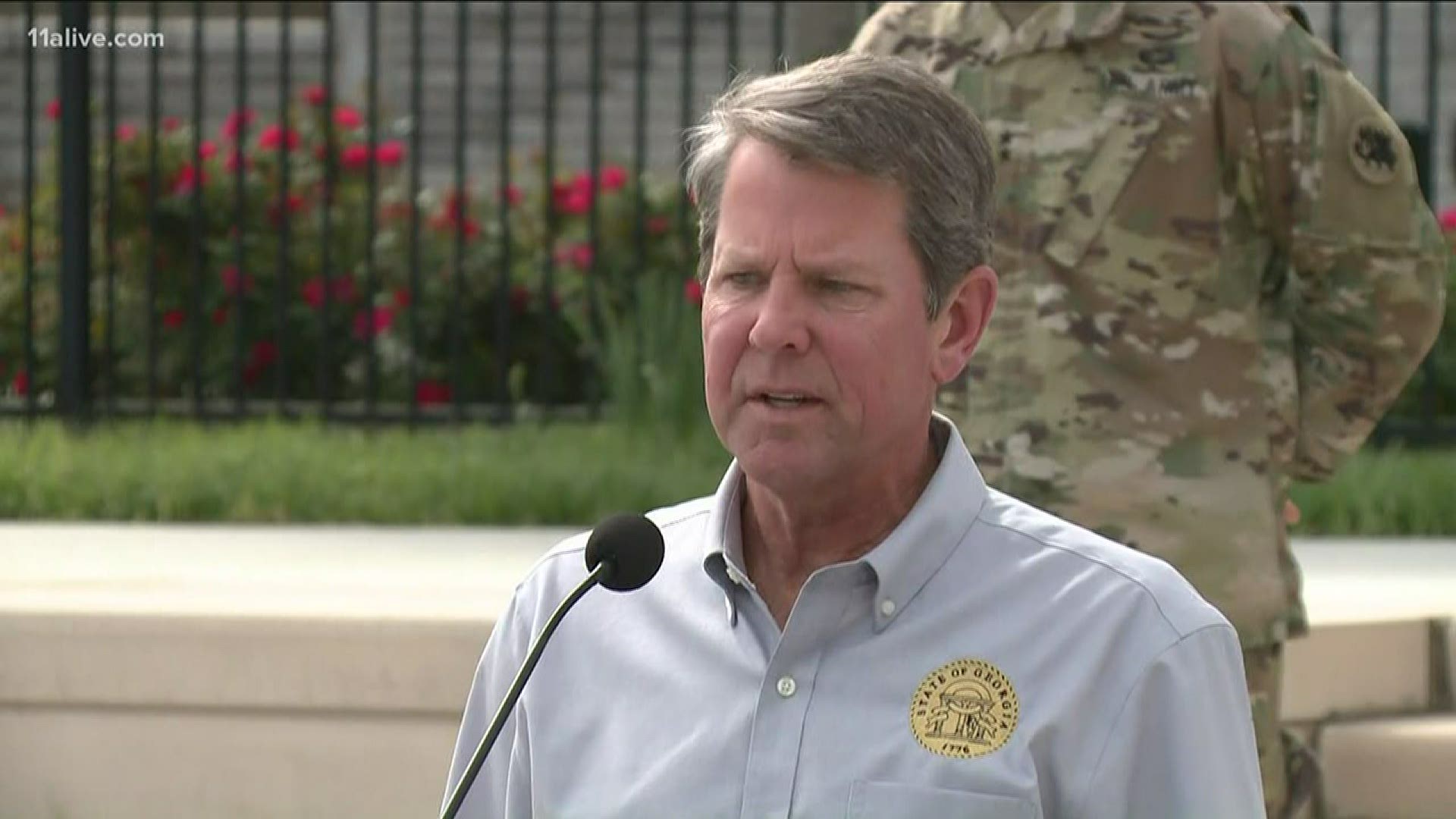 ATLANTA — As coronavirus testing continues to be a top concern of Georgia officials, Gov. Brian Kemp said the state plans on revising some of its current criteria and expanding test sites.

During a news conference Monday afternoon, Kemp said that Dr. Kathleen Toomey, commissioner for the Georgia Department of Health is pushing public health officials across the state to collect more specimens and to process more tests.

"This morning, Dr. Toomey held a conference call with public health directors in every region, directing them to expand test sites and revise current testing criteria," the governor said.

"At Dr. Toomey's direction we're expanding testing criteria to include symptomatic critical infrastructure workers and asymptomatic individuals who have had direct contact with positive COVID-19 patients, including their family members,' he added.

Kemp said that doesn't mean that anyone who thinks they could have the virus should show up to a medical facility to be tested.

“And I want to be crystal clear, we do not want people showing up unannounced to a hospital, emergency rooms or a healthcare facility for  a test," he said. "You do need contact your local health dept beforehand to arrange for a test."

The state also plans on prioritizing tests for testing for symptomatic people who have with chronic health conditions, law enforcement and first responders, healthcare workers, and residents at  long-term care facilities and staff.

"And although physicians can continue to refer patients to us for testing at public health sites, state officials can directly schedule people who require testing through local districts," Kemp added.

RELATED: Coronavirus in Georgia: Confirmed cases jump to 13,315 with 464 deaths

Toomey said many the test sites were initially set up so that physicians could refer to them for testing.

"Because physicians didn't want themselves to do testing in their offices," she explained. "Now there's many options for testing."

Toomey said they know they had to ramp up testing and they are working hard to do that.

"We recognize that we probably made it a little to hard for people to get it [a test] because we were requiring people to get a referral from a physician," she said.

Toomey said by the end of the week almost of the districts will be able to have patients call the health department to schedule a time to come in and be tested.

Coronavirus stimulus checks: How to find out when your money will arrive