The national face of the quarantine is now a sad dog called 'Big Poppa,' and he lives in Atlanta 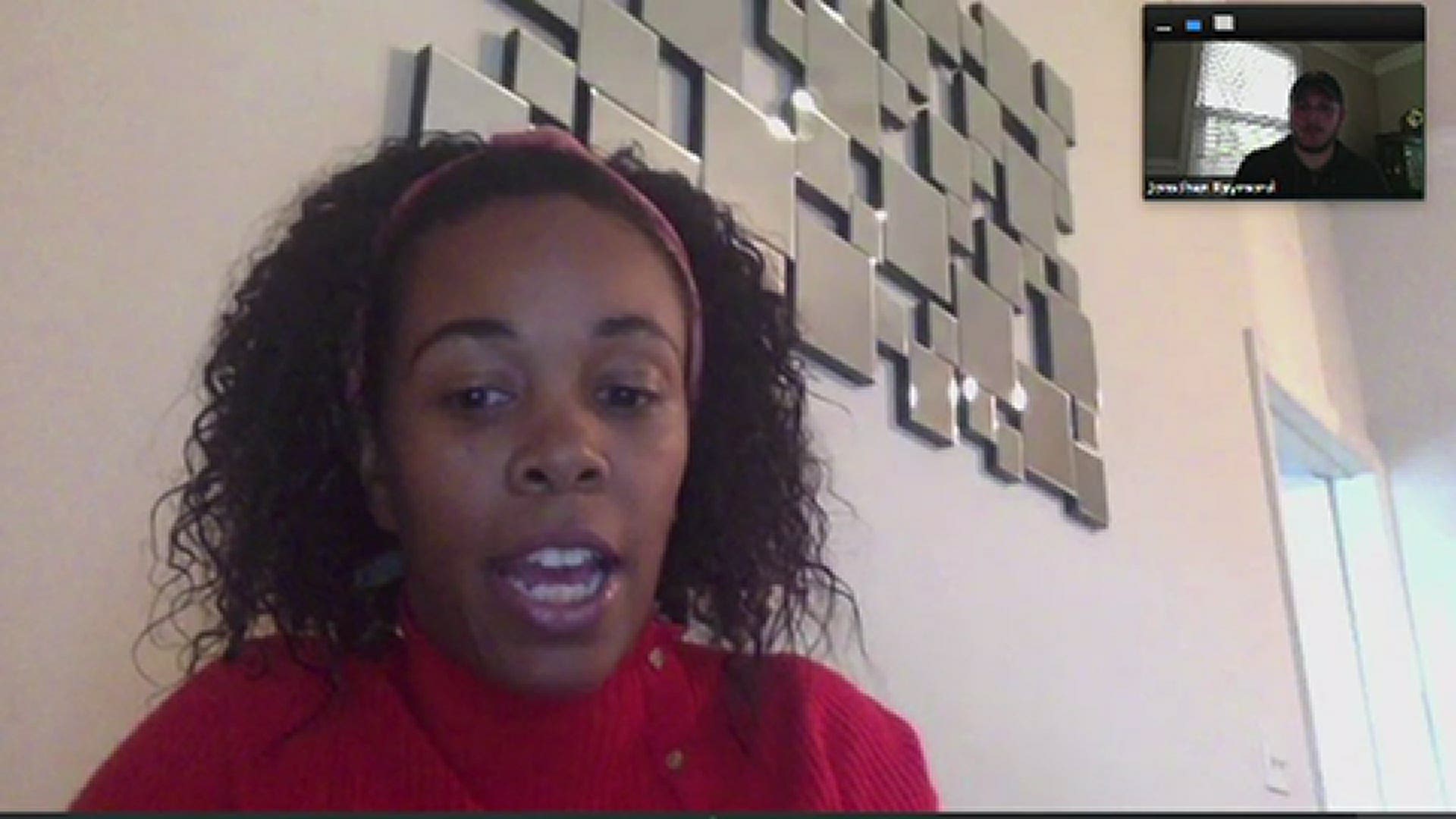 ATLANTA — Hunched over, looking defeated and forlorn, just wanting to go outside and play - a three-year-old English bulldog in Atlanta unexpectedly became the national face of the quarantine Wednesday.

His owner, Atlanta costume designer Rashida Ellis, tweeted out the picture last night, and tweeted out a simple, heartrending message:

"Big Poppa has been so sad today, I think he miss playing with the kids in the building. He just watches them from the patio."

RELATED: I took my camera out to document Atlanta during the coronavirus pandemic. Here's what I saw

"Big Poppa" - his real name is Pop - was one of the top trending topics on Twitter for the entire U.S. for much of Wednesday afternoon. Ellis' original post has gotten more than 400,000 likes, and been noticed by the likes of "Game of Thrones" star Maisie Williams - "not being dramatic but I would literally die for big poppa," she wrote - to Ellen. Ellen!

The message that the picture seems to convey, articulated by Ellen and others, and which has resonated so widely is a simple one: Let's all stick with it, together, so that we might go back outside sooner.

If not for you - surely, then, for Big Poppa.

"I would have never guessed that my dog would be the face of the quarantine," Ellis said. "But I get why people are relating to it. We're all going through this right now. He's cute, but he's also sad, he misses his friends - and I'm like, 'I'm the same way! I miss my friends!' And then his little rolls, I think just sent people into emotional overload."

Pop is a "very social dog," Ellis explained, and now, under quarantine, "it's just me and him."

"So it's like, 'Oh God. He can see everyone (from the balcony), he can see his friends if they come outside, sometimes a kid or so will be on the courtyard or another dog. So he watches like literally almost all day long," Ellis said.

She said maintaining social distance has been hard for Pop - they went to pick up food from their favorite restaurant, Papi's in Midtown, and were able to waive across the street to her friend and her friend's son, who sometimes babysit the bulldog.

But, she says - even with some things opening back up Friday here in Georgia - she and Pop will continue to stay at home.

"We're gonna just continue to do what we've been doing, staying at home, flattening the curve," she said. "For us, Atlanta, I think we've done at least a good job of staying in, so, hopefully a lot of us continue to do that."

As for how Pop will take advantage of his newfound fame?

They've never met, but together they have made 500 masks for healthcare workers