During the week of May 31 through June 6, about 9.9% of tests done returned positive. This is a data point that has been increasing in the past several weeks. 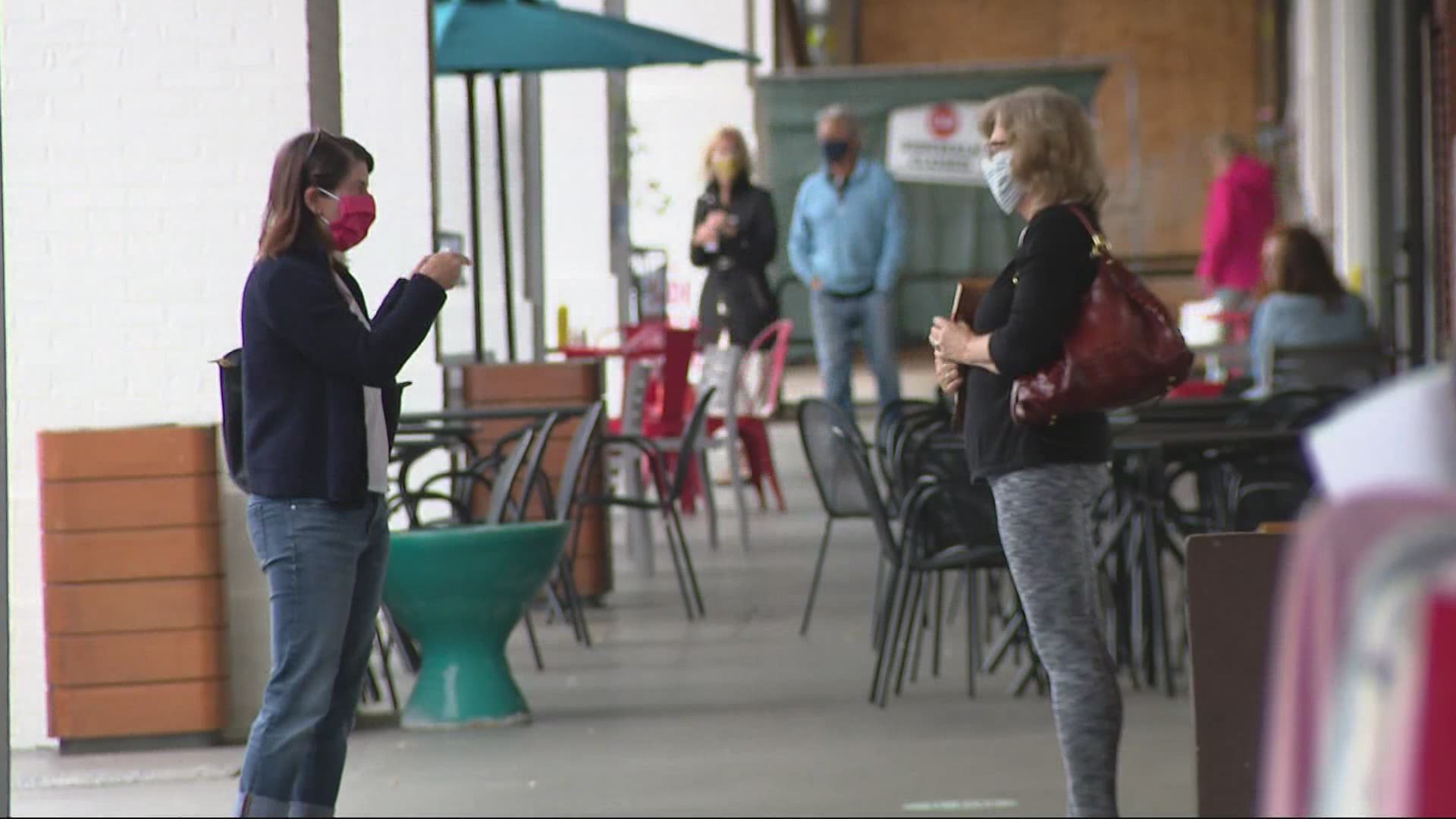 "Right now, our hospitals do have bed capacity, and that’s good," Cooper said. "But that can change quickly. As we see North Carolina’s upward trends, we must re-double our work in detecting and isolating this virus."

"And as we continue to track our trends closely we know there will be other counties added to that list," Dr. Mandy Cohen said.

"It's important to stay home if you are sick, and stay at home for 14 days if you had close contact with someone who had COVID-19," Dr. Cohen said. "We need to remember that we all have the power to keep this virus level low."

Dr. Mandy Cohen said she knows some people are having trouble getting tested because of conflicting testing criteria.

Dr. Cohen said they are reaching out to testing centers to remind them that NC DHHS has expanded testing criteria to include those who don't show symptoms.

"We have appreciated their partnership, increasing access to testing, as this is going to be key to our ongoing strategy to help slow the spread of this virus," Dr. Cohen said.

RELATED: Could a facemask requirement stop the spread of COVID-19?

Those who should get tested include:

Grocery stores food processing plants and childcare should get tested

-Anyone who has attended a mass gathering, including a protest should get tested,

If you're not sure if you should get tested, you can visit, check my symptoms tool on the NC DHHS website.

Cooper said he wants people to voluntarily wear masks but also said he and health officials are looking at additional rules to potentially make them mandatory.

Raleigh City Council unanimously approved at its Tuesday meeting the drafting of a revised emergency ordinance that would include a mask requirement, WRAL reports.

Dr. Mandy Cohen went on to explain that health officials are looking at studies that show the importance of wearing face coverings.

"The data shows that we can still flatten this curve," Dr. Cohen said."I know we see things going in the wrong direction. But if we act collectively we can take control of our fate here."

During the week of May 31 through June 6, about 9.9% of tests done returned positive. This is a data point that has been increasing in the past several weeks.

“Over the last two weeks, we have seen a dramatic drop in the average age of death due to COVID-19 related illness, from 83 years old to 39,” said CHA Health Director Dr. Bonnie Coyle. “Deaths among younger populations, along with our rapidly growing case count are extremely concerning as we approach the tentative start of Phase 3 Reopening and the July 4th holiday.”

These are the top five metro-area counties with most new cases since the beginning of the month (according to DHHS data):

The following are the highest per capita case jumps (cases per 10,000 residents) for the Charlotte metro-area since the beginning of the month:

RELATED: Have a vacation in North Myrtle Beach soon? Some businesses are closing again amid coronavirus concerns