At least 15 restaurants, some that have been open in their communities for decades, have shut their doors for good. 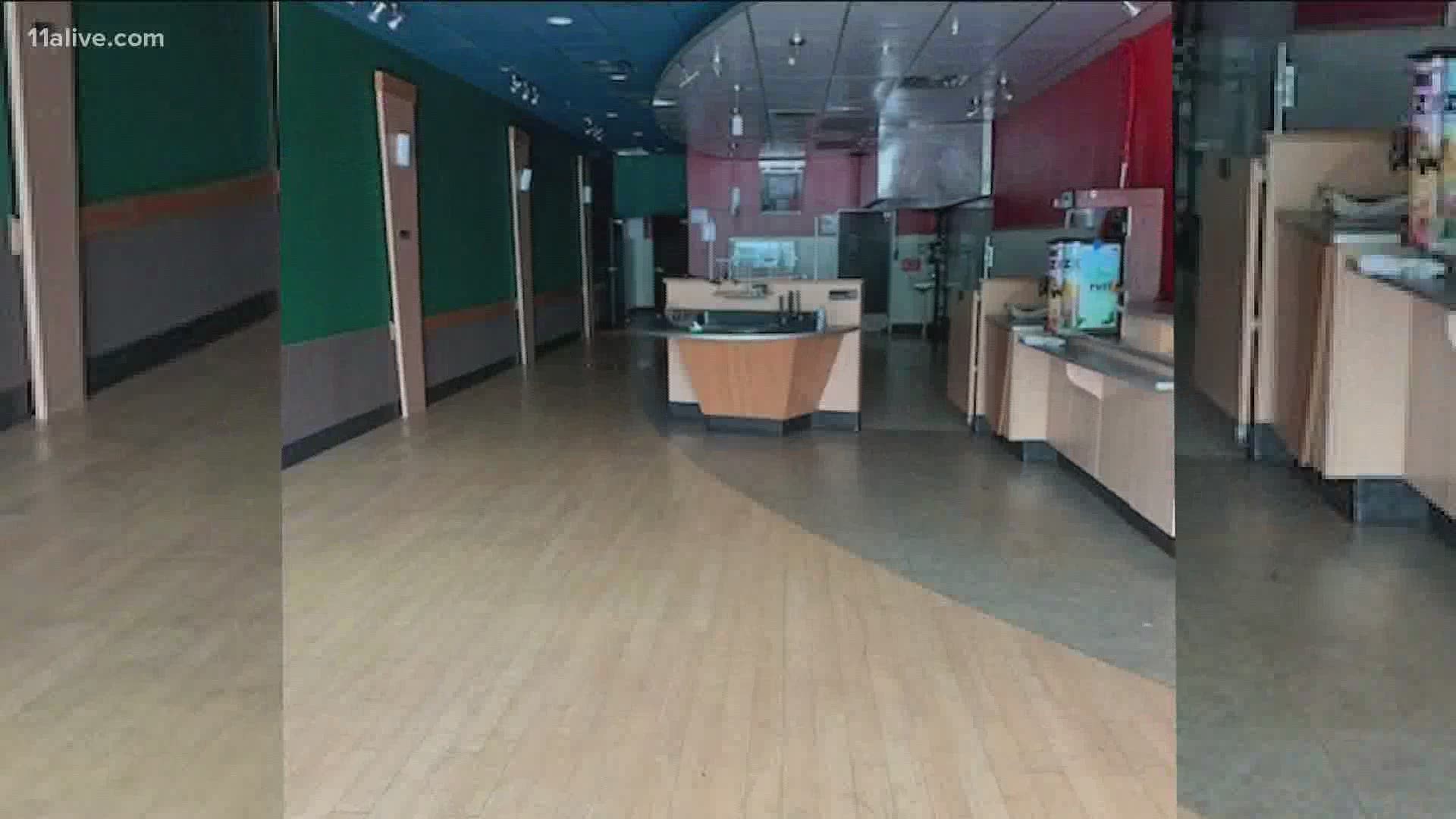 ATLANTA — It's a tough time for all businesses across the country. Many are doing everything they can to keep their doors open. The hospitality industry is one hit especially hard during the economic fallout from the coronavirus pandemic - as restaurants and bars were forced to shut its doors.

Struggling to pay rent and making tough decisions to lay off employees is something many restaurants here in the metro Atlanta are facing.

Below is a list of restaurants, as of May 20, that have permanently shuttered since the pandemic began. Some, that have been staples in their communities for decades.

Anne and Bill's - After 46 years in Forest Park, they shared the news on Facebook saying "this virus has taken everything I have worked so hard to hold on to."

Blaxican - While they will continue to operate their well-known food truck, they took to Facebook to say they were shutting down their Peachtree Corners restaurant. "Even after loans and fundraisers we don’t have the financial reserves to stay open after being closed for 3 months," they said.

C&S Seafood and Oyster Bar - An employee at the restaurant confirmed the Roswell location is closed, but that the Vinings location, as well as Hugo’s Oyster Bar, will remain open.

Cafe Sunflower - "All good things must come to an end," they said on Facebook as they announced they could only save their Buckhead restaurant. The Sandy Springs location is permanently closed. "Cafe Sunflower has been my family’s livelihood for over the past two decades," they wrote.

Corner Tavern - After 13 years, the Edgewood location will close. "A few weeks ago our lives changed so fast," they said on a May 1 Facebook post. "After many discussions, we've decided the best move for the Corner Tavern is to focus on the reopening of Little 5 and Hapeville."

Georgia Grille - After 30 years, the restaurant off Peachtree Road is closing. "It's time to say goodbye," they said on Facebook. "Grateful for everyone that joined with us to create a special place for the community to come together and celebrate life!"

Greater Good BBQ - The Tucker location has closed permanently, a representative with the restaurant told 11Alive. The Buckhead location will remain open, they said.

Jack's New Yorker Deli - The location off the Marietta Square has closed permanently after 13 years, they said on Facebook. "Thank you for making Jack's NYD one of the Marietta's most popular eating establishments. It was our pleasure to service the community," they wrote. Locations in Smyrna and Buckhead remain open.

Lucky's Burger and Brew - The restaurant confirmed with 11Alive that they were closing the Emory Pointe location. All others would remain open.

Panahar Bangladeshi Cuisine - Located along Buford Highway for the past 20 years, they announced on Facebook that they'd be closing permanently. The eatery was featured on the Food Network at one point and said they had the same chef for 20 years.

Public School 404 - A short message on Facebook confirmed that the restaurant was closing. "After serving the wonderful city of Atlanta, PS404 has closed its doors. It has been a pleasure to be a part of this amazing community," they said.

Simon's - Founder Simon Guobadia took to Facebook to say that he does "not foresee a successful return to business in the COVID-19 environment and the lasting impact on our operations." The restaurant in Midtown closed effective May 19.

Sweet Tomatoes - The soup and salad bar franchise announced they were closing all 97 Souplantation and Sweet Tomatoes restaurants. They said 4,400 team members worked with the company. Metro Atlanta was home to multiple Sweet Tomatoes locations.

The Big Ketch (Roswell) - The seafood restaurant's flagship location in Buckhead will continue to operate.

The Canteen - The food hall in Midtown has closed permanently, according to a statement provided to 11Alive. "When Georgia Tech and surrounding businesses closed down in March, business disappeared," they said.

The Georgian Club - The private members club announced that after 38 years, they would not reopen. On Facebook, they said: "There are numerous factors that have gone into this decision, but in the end, the impact from the coronavirus, both now and in the future, necessitates the permanent closing of the club."

US Cafe - On March 21, they took to Facebook to announce that the Buckhead location would close permanently. It had been open since 2010. "Unfortunately due to the current situation, we have made the difficult decision to close our Buckhead location indefinitely," they said.

Vincent's Italian Restaurante - An 11Alive viewer told us they were sad to learn of the Marietta restaurant closing through a post on their Facebook page. "We want to sincerely thank everyone for their support, not only during these tough times, but also the many years we got to enjoy with you in the Marietta community," management said in the message.

Do you know of a restaurant in your community that has shut down due to the economic downfall of the coronavirus? Email us at: WhereAtlantaSpeaks@11alive.com.

Some restaurants may be adding a COVID surcharge to your bill