The president announced at an abrupt White House briefing Friday that governors should allow churches and places of worship to open during the pandemic. 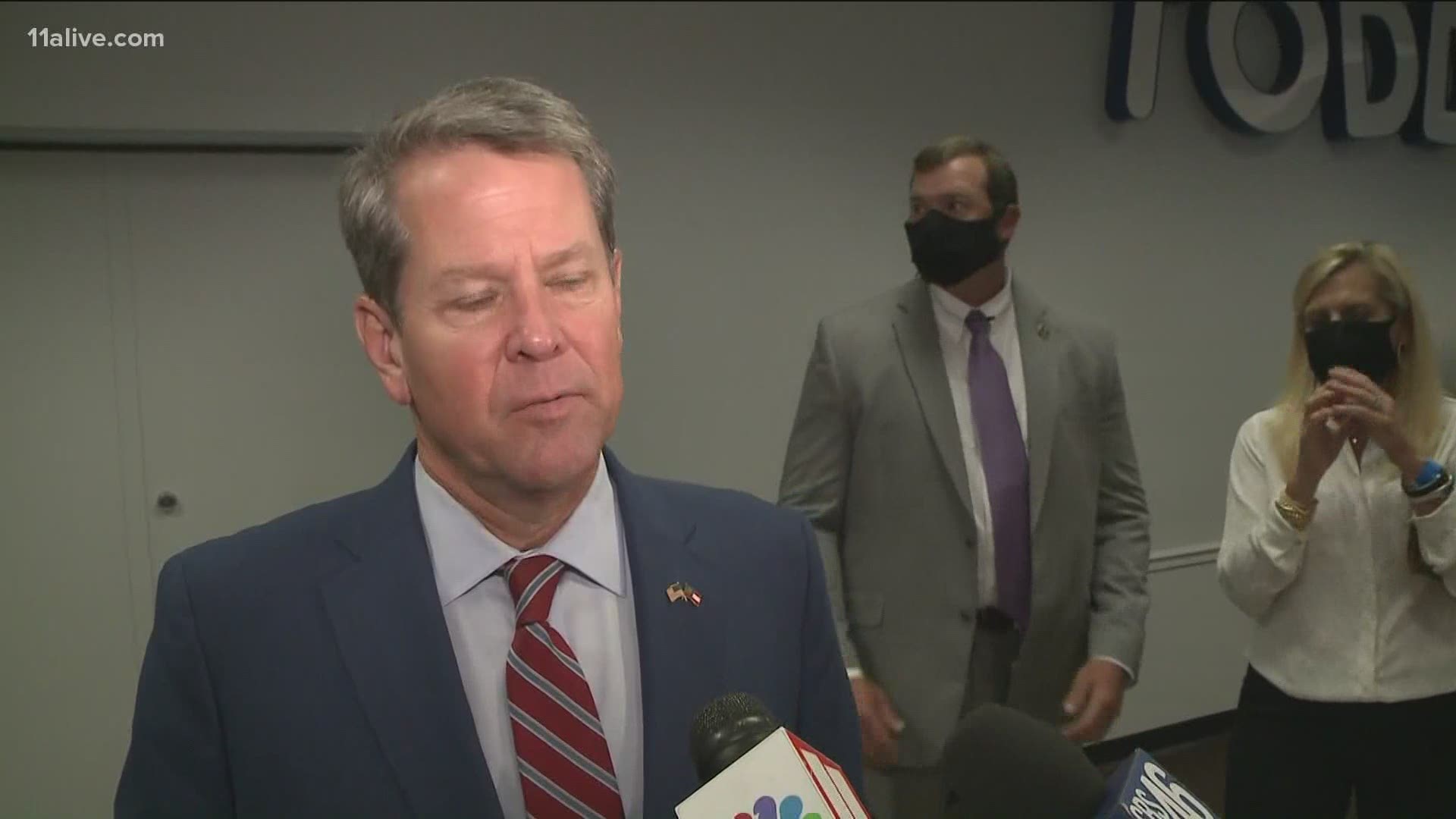 ATLANTA — The pews have been empty in North Georgia for two months.

Churches across the state and country shut down at the beginning of the COVID-19 pandemic, with many of them moving to online-only services.

But, on Friday, President Donald Trump said churches and other houses of worship should be considered essential and allowed to open during the coronavirus pandemic.

While Georgia has never forced churches to close, many of them did. Governor Brian Kemp applauded the President’s remarks.

The Centers for Disease Control and Prevention (CDC) had prepared a draft of reopening guidelines for churches and other houses of worship weeks ago that included measures like maintaining the distance between parishioners and limiting the size of gatherings.

“We realize we are under a watchful eye because we are one of the first churches to reopen,” said Executive Pastor Joe Buckner. “We are going to do our best to adhere to all of those guidelines.”

In Cartersville, at the Church at Liberty Square, the coronavirus hit hard. Several members of the church self-quarantined and others became infected after an outbreak in March. Now, the church is planning to reopen the first week of June.

“We’re gonna sit everyone from the front to the back and we’re gonna skip every other row,” said Pastor Brad Cooper in a Facebook video.

One church that won’t be reopening is the Greenforest Community Baptist Church in Decatur.

The lead pastor, the Rev. Emory Berry, Jr., said in a YouTube video to his congregation that he didn’t feel safe reopening.

“The statistics do not support us opening up at this time because we have not had a two-week decline in new cases,” Berry said.

Behind the numbers: How COVID-19 treatment has evolved