Trump also said he could have stopped Kemp 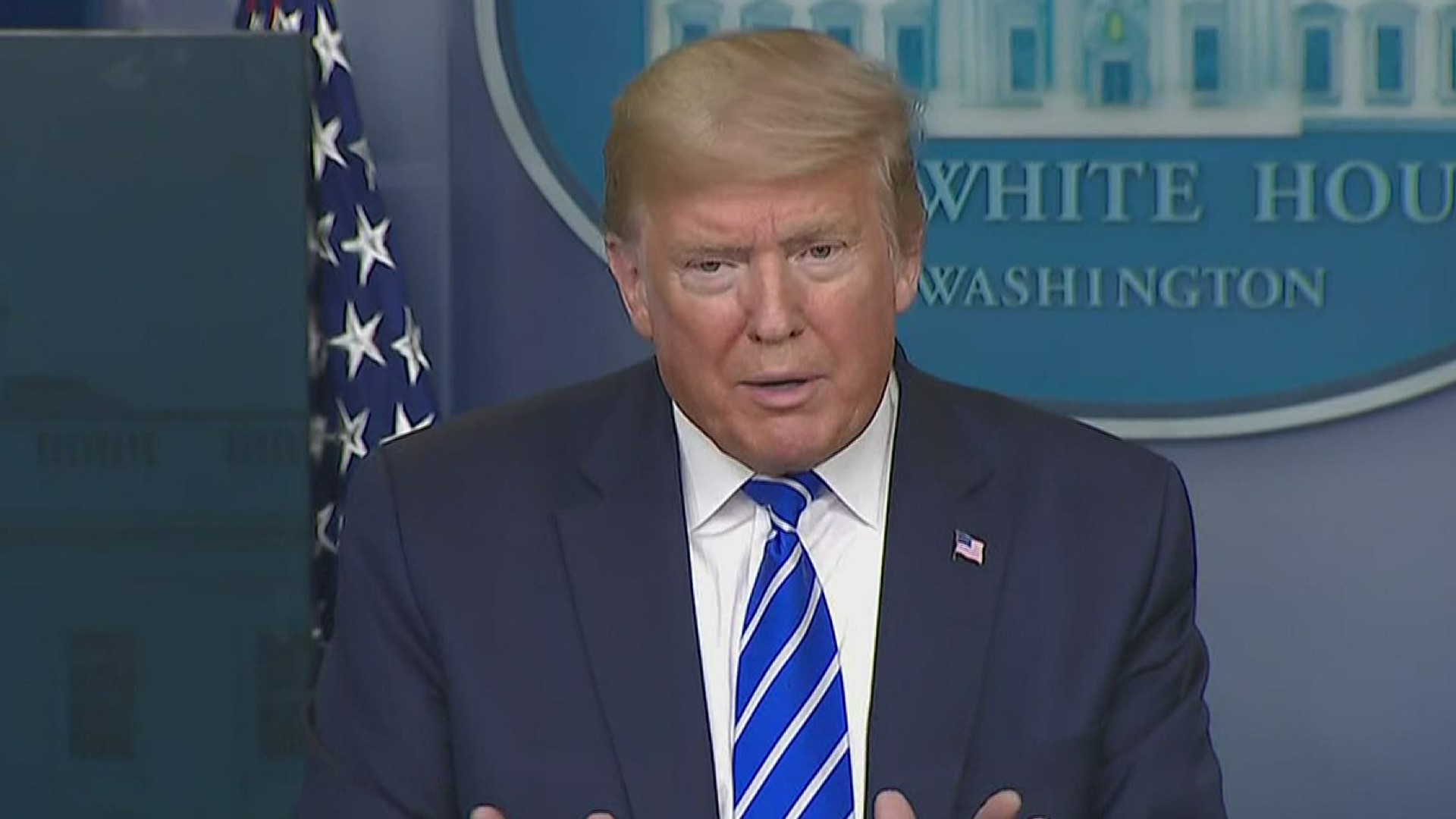 ATLANTA — For the second day in a row, President Donald Trump addressed his displeasure with Georgia Gov. Brian Kemp and his decision to open some businesses starting on Friday.

During the White House Coronavirus Task Force Briefing on Thursday, he said he was not happy with Kemp.

A day earlier, President Trump said he "strongly" disagreed with the decision.

He told a reporter that Gov. Kemp did not defy him and that he told him to do what he thought was best. He said he "could have stopped him."

“You’re not under the guidelines," he told the reporter. "But you make your own decision. I want people to be safe and I want the people of Georgia to be safe. I don’t want this thing to flare up because you decided to do something that is not in the guidelines.”

On Monday, restaurants and theaters are able to open under Kemp's plan.

He told 11Alive on Wednesday that he stands by his decision and that he is using the data provided by experts. He also took to Twitter after Trump made the remarks.

"Earlier today, I discussed Georgia's plan to reopen shuttered businesses for limited operations with @POTUS," Kemp tweeted. "I appreciate his bold leadership and insight during these difficult times and the framework provided by the White House to safely move states forward."