This county has the lowest vaccination rate in north Georgia 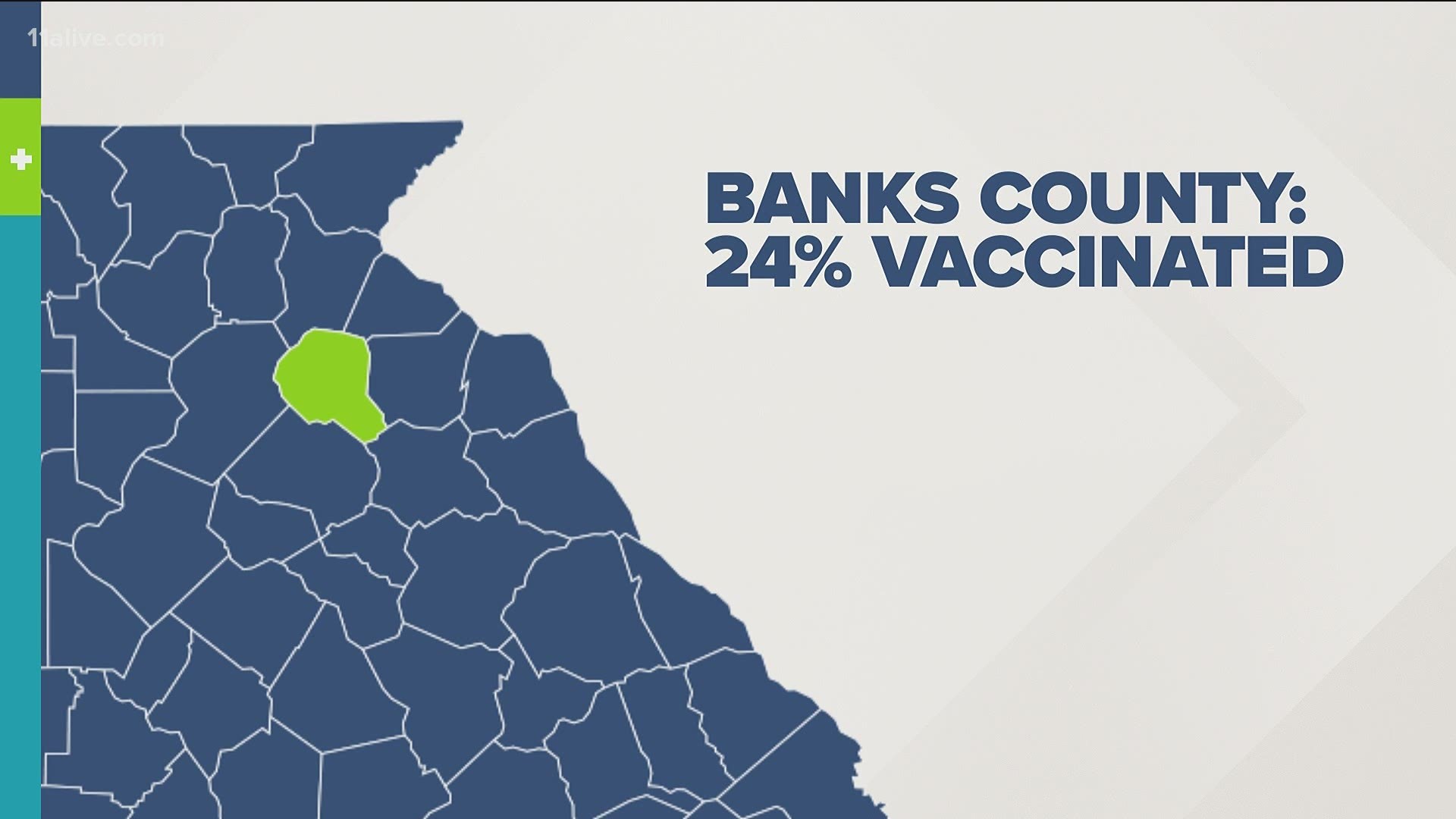 Some pockets of Georgia are stubbornly resistant to getting vaccinated. State data shows Banks County, northeast of Atlanta, has the lowest rate of COVID vaccination in north Georgia.

Residents say Banks County is one of those places where folks went about their lives largely as if there was no pandemic over the last year.  Now, many are indifferent to playing a role in ending it.

"I do not want to get it," 18-year-old Gavin Dawley said emphatically, after eating lunch near the courthouse in Homer.

75-year-old James Arnette staffs a produce truck at an intersection outside of Homer  - up the road from a county health clinic underwhelmed by demand for the vaccine.

Only 24 percent of those eligible in Banks County have gotten one COVID vaccine, according to state data.  Statewide, the vaccination rate is 42 percent.

Arnette says he thinks COVID was a political tool used to undo Trump’s re-election. "The way I see it, if they’d keep people in their own country from (coming) over here, (COVID) wouldn’t be here," Arnette said. "'Cause it comes from Japan."

"Where they get the shot at, you can take or place a coin on it. And it will magnetize. If you lean over it won't fall off, kind of sticks to your arm," Dawley added.

18-year-old Will Slater, also having lunch outside the courthouse, said he fears the vaccine will produce side effects years or decades after injection.

"I feel like I’ll have less to worry about not getting the vaccine," Slater said.

Like Arnette, Sarah Cross said she believes God will protect her from COVID.

"I don’t feel like I want to put that in my body, the vaccine in my body. I just have a fear of it," she said.

Several counties in south Georgia, including Long, Brantley, Charlton, Wheeler and Chattahoochee, have vaccinations rates below 20 percent according to state data.

Editor's note: The headline of this story has been updated to indicate the the county has the lowest rate in north Georgia.