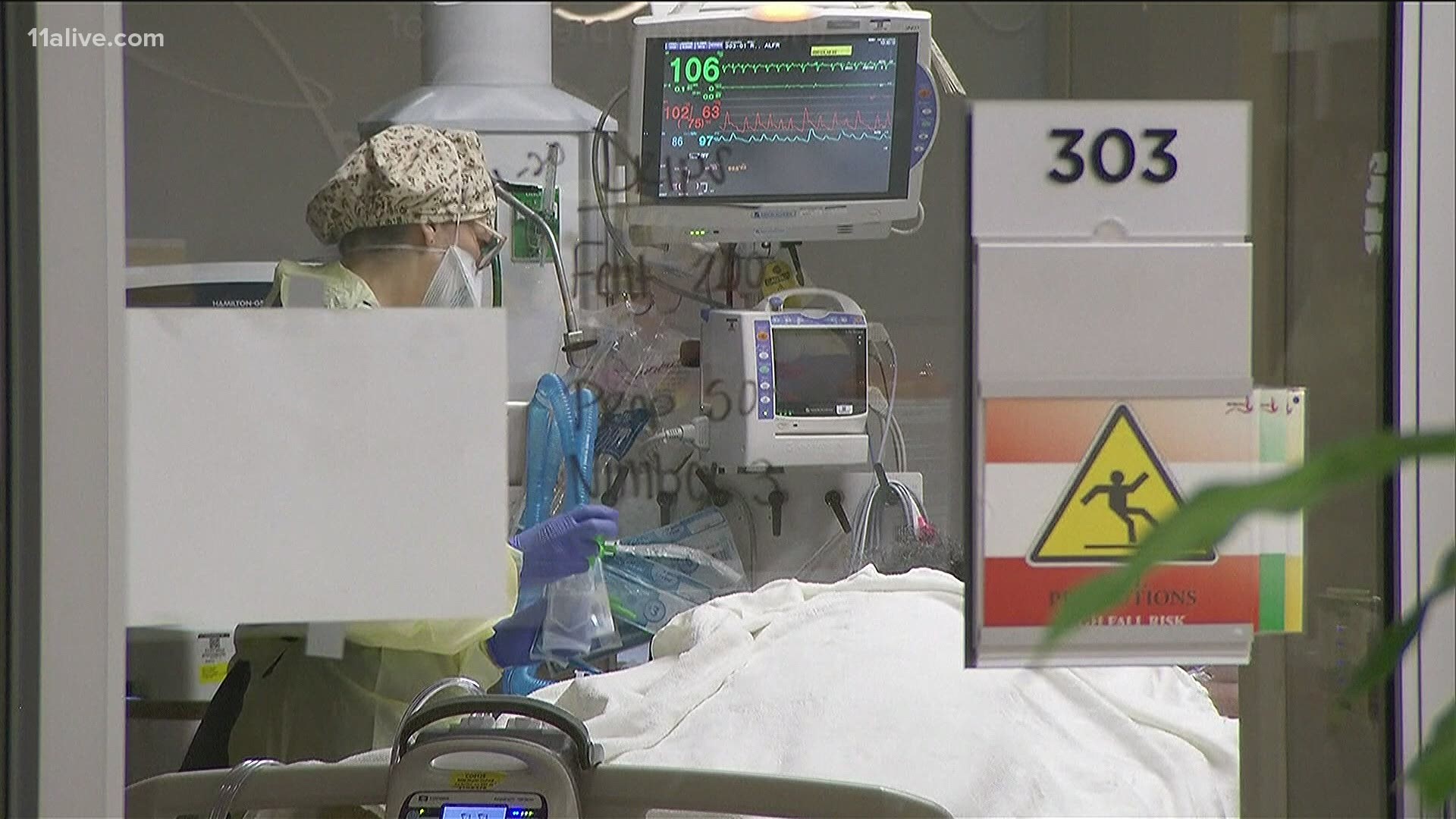 ATLANTA — As the nation is one step closer to getting a COVID-19 vaccine, the next concern will be whether or not people will take it.

Dr. Kimberly Carr who works as a community resource specialist at the Georgia Rural Health Innovation Center said some in the African American community have been skeptical of the vaccine. This follows decades of mistrust between the community and those in healthcare.

"I would hope there will be increased participation among everyone, but also I understand that when you talk about vaccinations and public trust, the first thing you think about is the syphilis study," Carr said.

She's referring to the1932 Public Health Service Syphilis Study at Tuskegee, where 600 Black men were observed with the goal to see the effect of untreated syphilis on the population. Those involved were not aware of the experiment and many of them didn't receive treatment at all.

"He was part of that group but he began to shrink because of the stigma of the disease," she explained.

"My grandmother took care of him all the way until he passed. There was no informed consent, the scientists did not even keep record of who got syphilis. They only cared about the bodies of those men. Those men were more valuable dead than they were alive," Carr said.

Carr said that's a reason why today, many in the African American community are skeptical to get the vaccine when the time comes.

"They were not treated at all in the study," she said. "The men were not given treatment when treatment became available in penicillin."

To this day, her mother holds onto a newspaper clipping from 1997, when President Bill Clinton formally apologized for the study. Carr believes that talking more about what went on for decades starting in 1932, could be the solution to the mistrust.

"Get more of those narratives out," she explained. "Dispelling the loudness of the injection of the syphilis. These other myths and erroneous information that hopefully can begin the healing process of this public mistrust and we can start to go on from there."