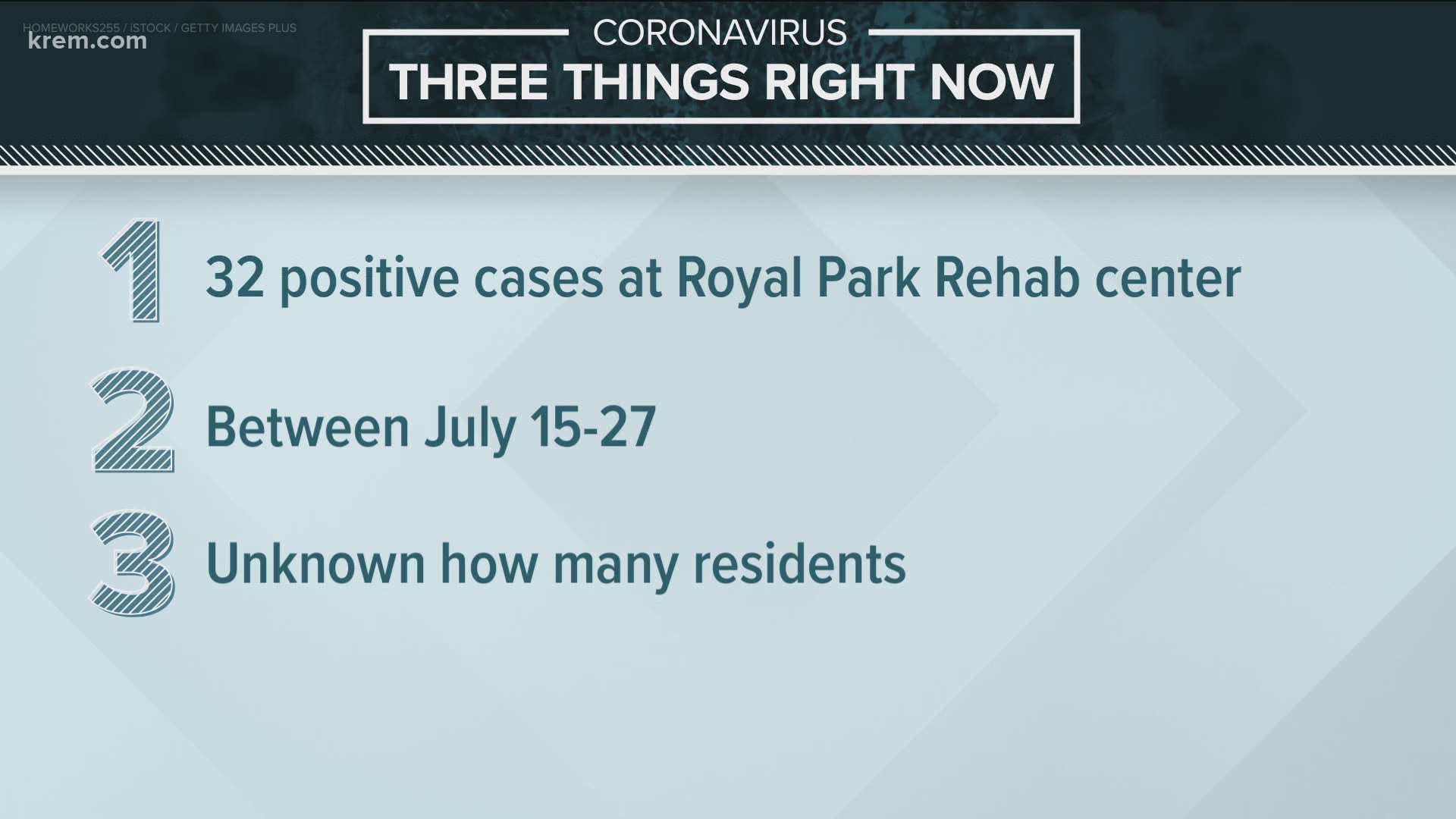 All the cases were confirmed between July 15 and 27, Hawkins said.

Another rehab facility, Franklin Hills Health and Rehab in North Spokane also has an outbreak, Hawkins said. However, she could not confirm exactly how many positive cases were reported there.

As of April 23, over 200 long-term care facilities in Washington state have reported cases since late February.

In Spokane County, the largest reported outbreak at a long-term care facility is at the Spokane Veterans Home, with 46 residents and at least 23 staff members who have tested positive for coronavirus. Ten residents have died.

RELATED: What to expect from the possible second stimulus check