Many Georgia universities and colleges will start classes next week, and incoming students are preparing to live on campus during a pandemic. 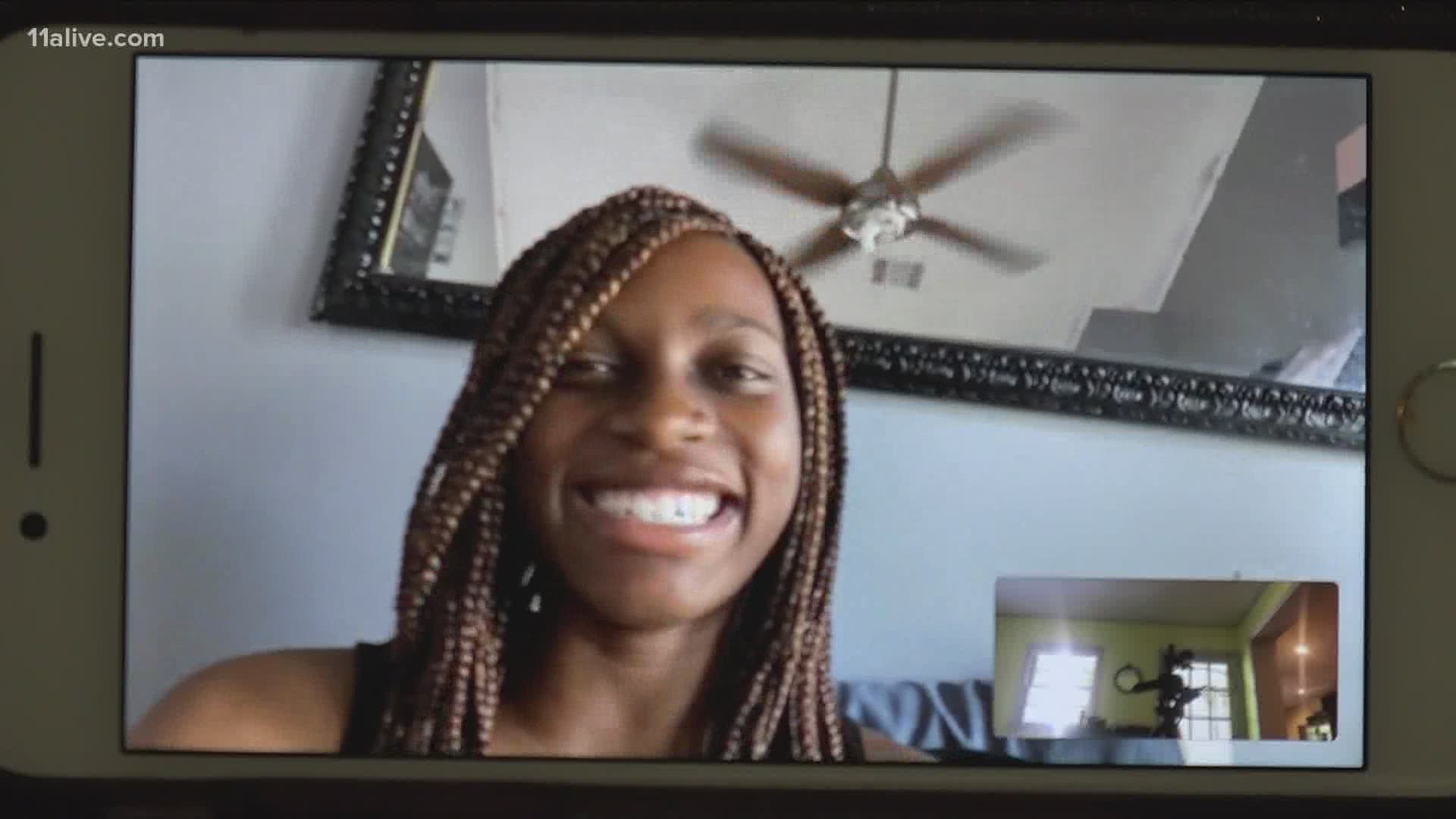 ATLANTA — College students are heading to campus this weekend, as most classes are set to start on Monday.

Communal dorm living raises even more challenges now because of COVID-19, and schools have been planning all summer how they'll mitigate the risk.

11Alive spoke with a University of Georgia Freshman, Triniti Brown, about her experience starting college during a pandemic.

Brown admitted she is a little nervous to move into the UGA Dorms this Saturday - but mostly, she's excited.

The business management major said she's making the best of her freshman year experience, even though things will look a lot different because of the coronavirus.

"So far this is what I have: my bathroom stuff, my bed stuff, my cleaning supplies," she listed.

Not only is Brown organized, but she graduated at the top of her class. However, she said that didn't stop a little bit of anxiety from forming. Her boxes and her nerves are packed up for the big move to Athens on Saturday.

She said she's received dozens of emails from UGA this week - from the dining hall, professors, and the dorms - about what moving in will look like.

"We pull up and go in the building, and then we have an hour to stay in the unloading zone," she described.

The university is only allowing four people per hour to move their things into each dorm, so she had to sign up for a specific time slot to get settled.

RELATED: Educator who said she nearly died of COVID-19 says schools made the right choice to go virtual in the fall

She'll also have to sign up to eat meals on campus. If she wants to eat in the dining hall - she's only allowed to enter with a reservation.

"As a freshman, that's where I thought I would meet the majority of my friends ... but now that's a little bit limited," she said.

However, Brown said she's glad the university is taking all of these precautions and understands they need to take COVID-19 seriously.

Some other UGA students were more worried about the virus and they held a die-in on campus last week. They wanted to see more precautions taken before students moved back to campus.

But Triniti thinks it all comes down to people adhering to the guidelines already laid out.

"If people follow the rules, I do. I social distance anyways, I have my mask on. But if people aren't following the rules, that's exposure, unwanted exposure," she said.

While Triniti's almost all packed up, the list of things incoming students should bring may look a little different this year. Some of the must-have items are obvious - such as face masks and hand sanitizer. But there are others that some may not have thought to include while packing.

The AARP put out a list of some of the unexpected items people should pack for class as they head off to school:

Also, a signed HIPPA power of attorney form is recommended for a worst-case scenario if a loved one gets sick.

As for Brown, a lot of her classes have gone fully virtual, or they'll only meet at one-third the capacity. For example, if it's a class that meets Monday, Wednesday, Friday, she might only be assigned to attend class in person Monday, the other two days would be done online.

She also said the school is allowing people to opt for fully virtual classes if they want.