The university reported 1,417 new cases over the past week. 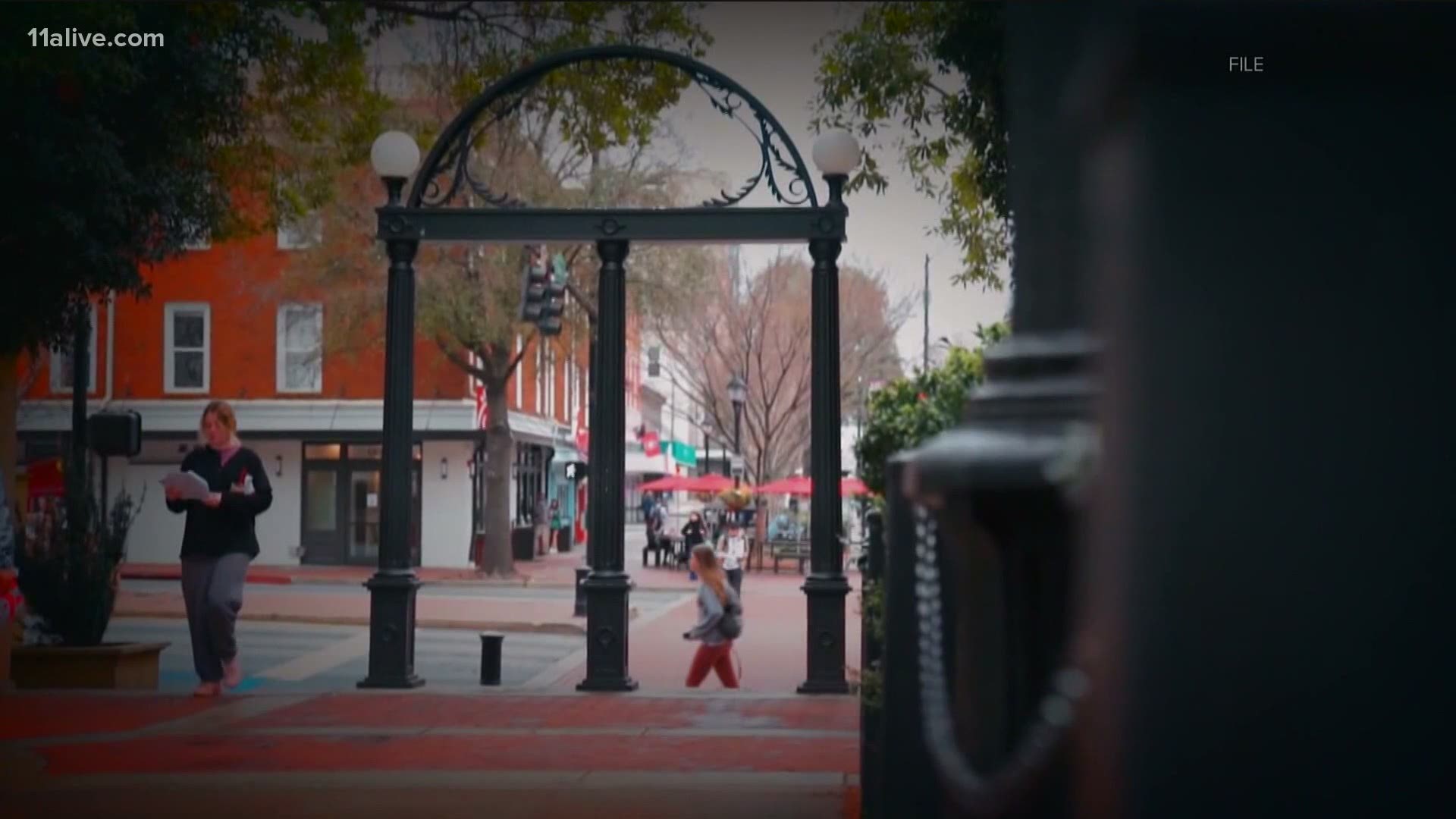 Robert Stone lives nearby campus and said the university needs to step up to take responsibility for the students infected with COVID-19.

The school put out a news release saying the virus is not spreading on campus with the safety measures they've put into place, but Stone said that's his point. It's when those students are out at restaurants, bars and venues in Athens that they're passing it around.

"It's concerning because the community doesn't have a lot of say about what's happening on UGA's campus or how they're handling the crisis," he said.

He said UGA should keep the people who live in the community better informed about what's happening on campus.

He follows the COVID-19 infection rate in Athens Clarke County closely and said he saw a dramatic spike in cases once students returned to campus.

"It just seems like they're playing it really close to the chest and not take responsibility or make that connection that they have made the choice to bring a lot of students back to the community," Stone said.

A spokesperson for UGA responded to his concerns:

"The challenge in the Athens community is controlling the spread of the virus at downtown bars or off-campus parties, and both of those issues are under the control and jurisdiction of the local government. Most of the other surrounding K-12 school systems in our local area chose to open for in-person learning weeks ago and appear to be enjoying great success.

The University of Georgia has a very strong partnership with healthcare providers in the local Athens-Clarke County community and with the Georgia Department of Public Health. We are confident that the systems we have in place to manage the caseload are sufficient. We are testing our students promptly, notifying public health officials, and supporting our students with isolation and quarantine housing when it is needed — all while continuing to provide them with quality instruction.

At UGA, most of our classes are either hybrid or online, but there is no evidence of COVID being spread through the classroom here or at any other USG institution, thanks to the use of face coverings, social distancing, and other sound health practices we have put in place.

Going forward, we must continue to work together to flatten the curve of cases on campus by wearing our face coverings, maintaining social distancing, and making good decisions about social interaction." -UGA

The University announced they planned to increase testing capacity on campus this week - aiming to swab 450 students daily.

UGA's Dean of Students called the spike in cases this week disturbing and said the university is investing in their labs, personnel, and supplies to keep campus safe.

"Their preparation and idea to monitor the situation didn't really equal the magnitude in understanding what the impact of bringing so many more people back into a community during a pandemic...it just seems like that was off," he said.

UGA updates their positive infection rate once a week. In a newsletter, the university explained that 99% of the new infections on campus were students. Stone worries those students will now go out and infect the community.

Right now, most classes on UGA's campus are virtual - but the students are completing the classes from their dorm, library, or out in the community.

Stone said he wants to hear directly from UGA on how they plan to protect the community as their infected student population grows.

The University System of Georgia put out a statement saying while the number of new cases is concerning, they're confident that number will go down as students follow the safety protocols they've outlined.