Even though students are physically at college, many are only taking classes online from their dorm rooms. They say it's taking a toll on their mental health. 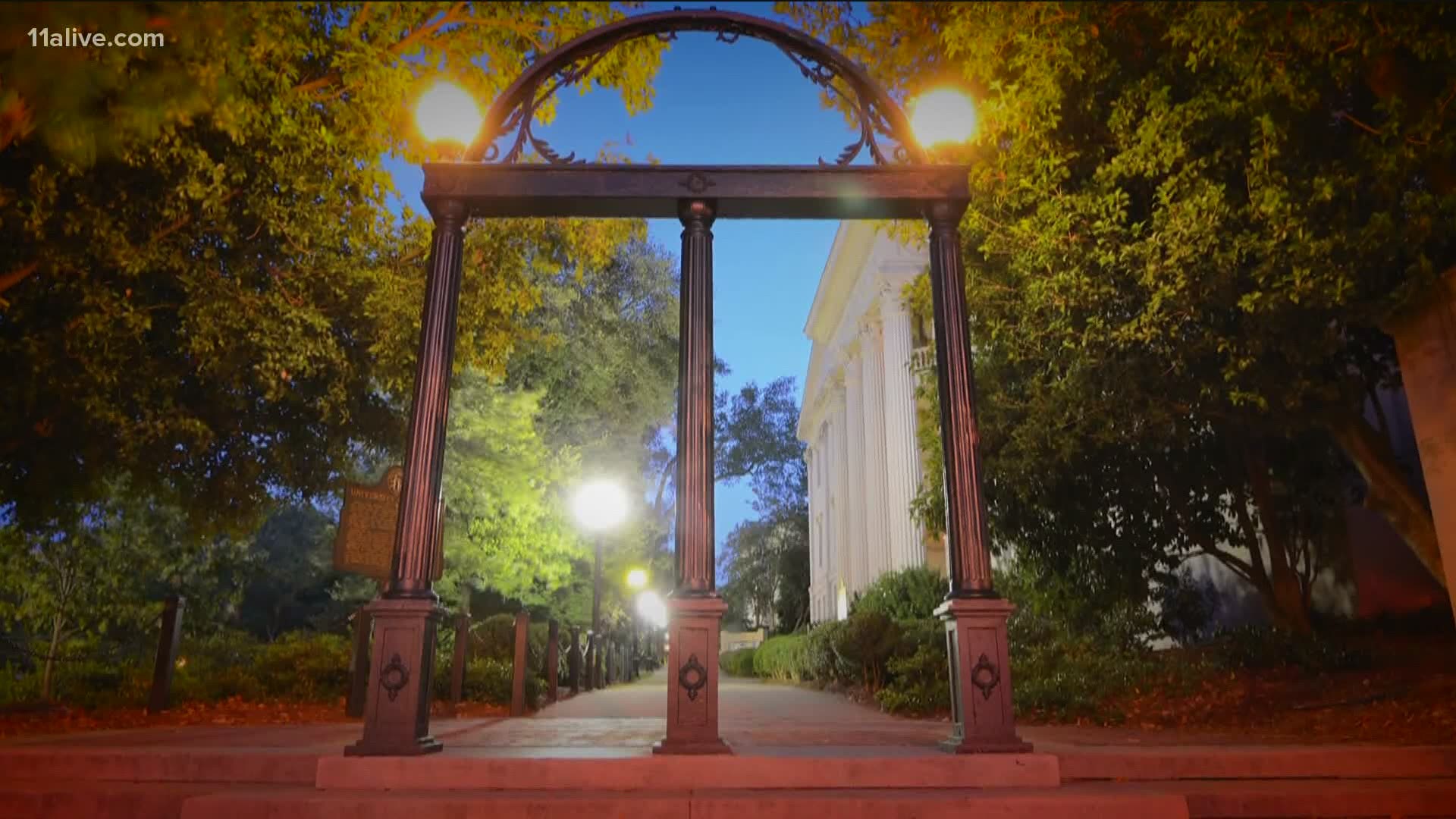 ATHENS, Ga. — To go completely virtual - or not. That's the debate waging on our 11Alive Facebook page.

With COVID-19 infections on the rise in Athens, some University of Georgia professors have called for the school to go completely virtual, saying that the holiday weekend is the perfect time to make the switch to online only. But thousands of parents have made the case to keep their kids on campus.

Since our story on the professors' call aired, we've heard from a lot of parents making the case to keep kids on campus. But what do the students who actually attend class there think?

11Alive is where Atlanta Speaks, so we talked directly to three students who are on campus right now, and they said they feel isolated on campus.

The students said they're taking most of their classes alone from their rooms and barely have a chance to see their friends, but they all told me that's better than the alternative - being sent home.

"You don't eat in the dining hall most of the time, you just grab the food and leave. And then go to the gym or hang out with my roommates. If I'm at the library, I always have my mask on," said UGA sophomore Luke Bullard.

"We've all worked really hard to be here. And not being able to go in-person is really taking away from that. So, I would love to see UGA stay in-person as much as possible. Safety is my top priority, but I think we can do it safely," Skinner said.

"We've all worked really hard to be here. And not being able to go in-person is really taking away from that. So, I would love to see UGA stay in-person as much as possible. Safety is my top priority, but I think we can do it safely," Skinner said.

These three students said they are wearing masks and socially distancing, they're not going out partying and they're frustrated that that's what people think.

All three of them said they want to stay on campus even if they have to take all their classes online. They think it's better to be at college even if it doesn't look the same.

"One hundred percent I do. Being online last semester was hard for me and everyone else. It took a toll on everyone's mental health," Bullard said.

"It concerns me how lonely they're feeling right now, it really does," Skinner added.

"I feel like most of us are being really safe. Some definitely aren't, and that's unfortunate, because it's putting a lot of us in jeopardy and it's putting us at the risk of having to be sent home," Bullard said.

Now the students are wondering what will happen next, with state health leaders warning people to follow guidelines to avoid another holiday-weekend surge after Labor Day.

"We are all really concerned about Labor Day happening. We've gotten a lot of emails, like, please be careful because when we come back to campus we don't want it to blow up when everyone comes back," Auman said. "I'm hoping and praying that that doesn't happen because if it does, I have the unfortunate feeling that we would shut down again."

This isn't an issue just impacting UGA - colleges across the state have been struggling with how to respond to the pandemic.

It was the focus of a round table by the Georgia Democrats on Thursday where students all over Georgia expressed their concern about what college looks like now.

"I think we shouldn't have even been on campus this semester due to the rise in cases, so it's all about minimizing risk now. So the traditional college experience is not something that we are going to see," said one of the student speakers.

Online, UGA Professor David Bradford continued to call for a shutdown, tweeting, "As COVID cases *quadrupled* at UGA, here's the trend in Athens/Clarke County, where UGA sits. Notice the last few days. UGA doesn't live in a bubble, and Athens has very high poverty and comorbidity rates. Our blindness = their death. We *must* pivot to online. Now!"