It accounts for about half of the variants recorded in the state in March, according to CDC data. 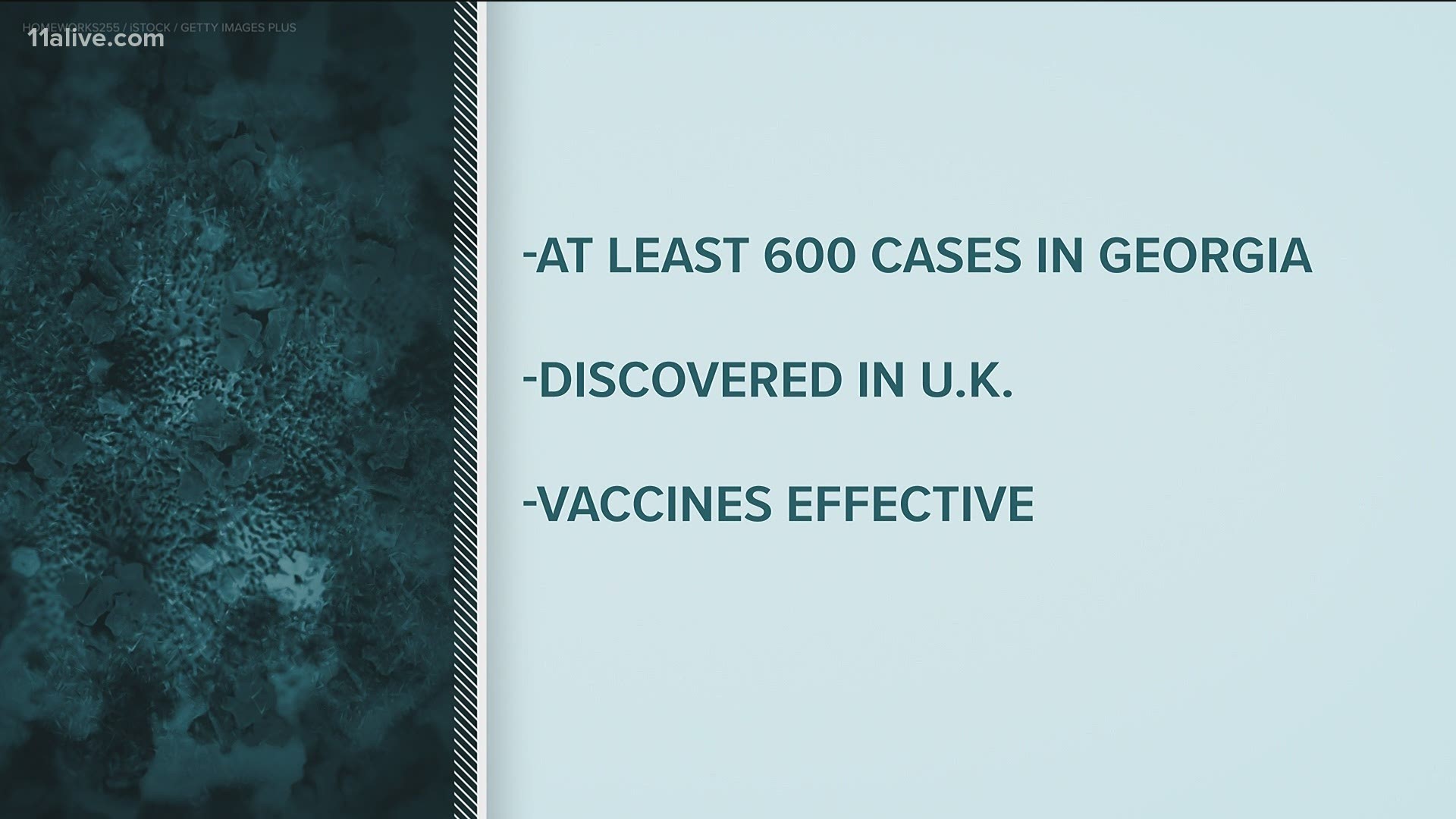 ATLANTA — The B.1.1.7 variant, first observed in the United Kingdom and believed to be substantially more transmissible than other strains of COVID-19, is now clearly the dominant variant in Georgia.

The variant's more transmissible properties could prove a complication if the state experiences another surge, with vaccinations lagging relative to other states.

Early research suggests the COVID-19 vaccines will remain effective against the B117 variant, but so far Georgia has just a little more than 30% of the state's population vaccinated with at least one dose, according to Department of Public Health data. Only about 18% of the state is fully vaccinated.

According to New York Times data, that places Georgia near or at the bottom among state vaccination rates, despite readily available appointments to anyone age 16 and up.

How quickly that improves could play a difference in whether B117 makes a significant impact on Georgia. Data from the Centers for Disease Control and Prevention suggest the variant is accounting for an increasing number of cases, with nearly half -- 45.5% -- of positive tests sequenced during a four-week period that ended March 27 were B117.

The CDC had only reported a little more than 1,000 total instances of B117 in Georgia before it switched its reporting method last week, but supplemental data by private firms suggest there could be thousands of un-sequenced positive tests attributable to the variant.

The firm Helix maintains a COVID-19 Surveillance Dashboard, and its most recent five-day moving average for B117 positivity among samples from Georgia, measuring for a deletion mutation associated with B117, was above 80%.

Georgia is among a handful of states where B117 has emerged as a dominant strain, including Michigan, center of the nation's worst current hot spot. Tennessee recorded the highest figure in the CDC sampling, more than 60%, with Michigan, Minnesota and Florida all also above 50%.

It's not clear why B117 has taken hold in some regions and not others.

So far, despite the variation's increasing presence in Georgia, after the first case was confirmed in early January, it has not caused a major surge. Cases have steadily fallen since peaking in mid-January and have bottomed out at a fairly steady plateau for the last month.