The U.S. number of coronavirus infections reached another grim milestone the day after Thanksgiving, according to Johns Hopkins University data. 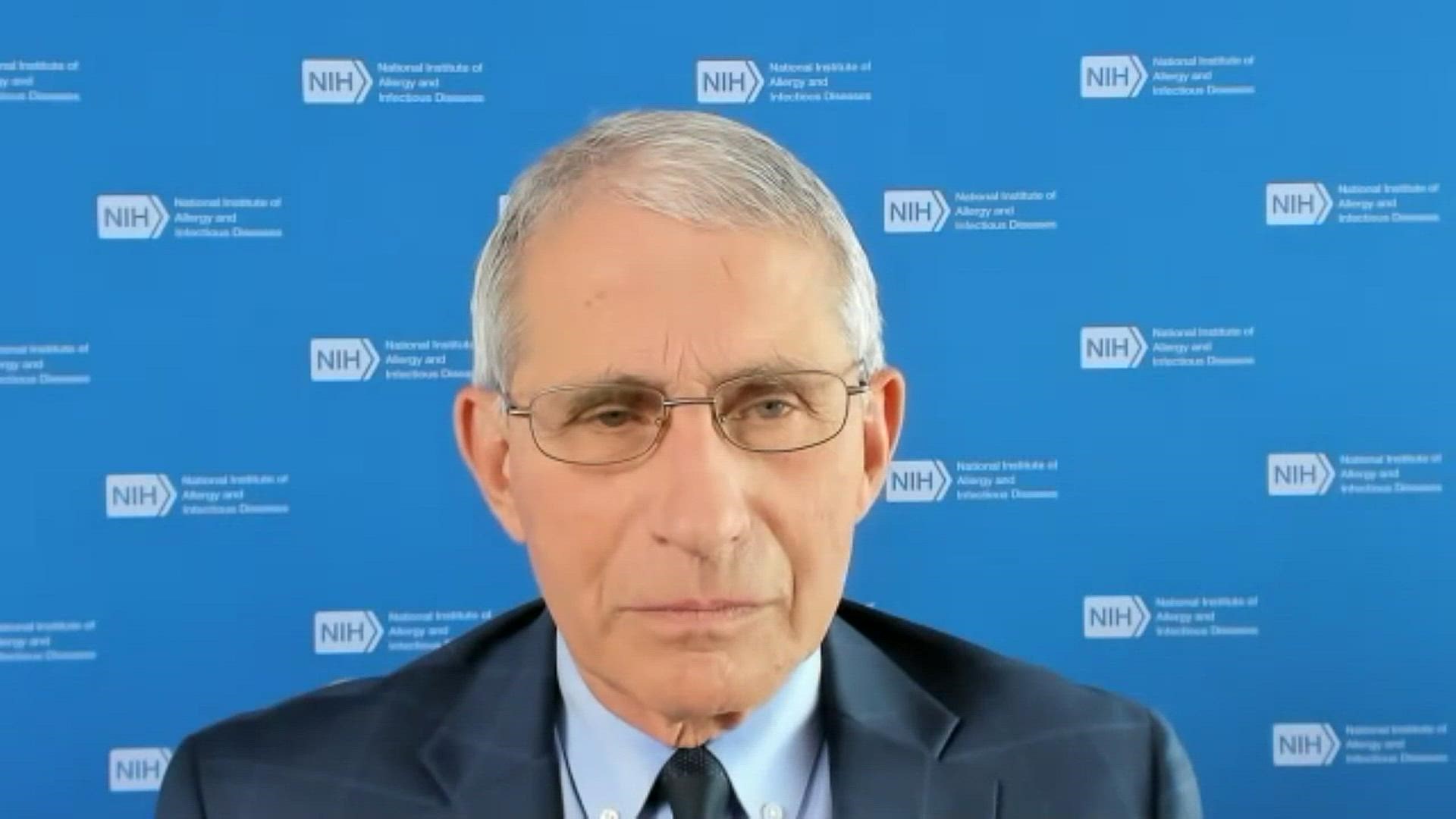 WASHINGTON — More than 13 million cases of the coronavirus have now been reported in the United States, the third time the country has recorded a million infections in less than a week.

For the third week in a row, it took six days for the U.S. to count another million cases of COVID-19. The country had 13,088,282 cases on Friday, according to Johns Hopkins University.

With coronavirus cases rising across the country, the Centers for Disease Control and Prevention had urged Americans not to travel for Thanksgiving. Federal health officials instead encouraged everyone to celebrate at home with those they live with.

JHU had reported a high of more than 2 million tests a few days before Thanksgiving as people prepared to travel, but that number had dropped to less than 1.2 million tests reported on Thanksgiving Day. The latter number, as well as positive case numbers, which had dropped by about a third Friday, could be adjusted as more test results are returned.

The U.S. is still missing nearly eight coronavirus infections for every one counted. By the end of September, the Centers for Disease Control and Prevention calculates that as many as 53 million Americans had been infected. That is just under eight times the confirmed cases reported at the time.

Previously, the CDC estimated that one of every 10 infections were being missed.

The latest CDC calculation is meant to give a more accurate picture of how many people actually have caught the virus since the pandemic began. Of the 53 million estimated infections, the CDC says about 45 million were sick at some point and about 2.4 million were hospitalized.

A panel of CDC advisers will meet Tuesday to vote on how scarce, initial supplies of a COVID-19 vaccine will be given out once one has been approved. Experts have proposed giving the vaccine to health workers first.

Credit: AP
FILE - In this Nov. 19, 2020, file photo, hospital workers watch as medical workers try to resuscitate a patient who tested positive for coronavirus in the emergency room at Providence Holy Cross Medical Center in the Mission Hills section of Los Angeles.

COVID-19 deaths are also on the rise, though not at the record high numbers reached in the spring. The seven-day rolling average for daily new deaths was 1,441 as of Nov. 21, more than 33% higher than it was a week prior.

The virus has now killed more than 264,000 people in the U.S., according to Johns Hopkins.

RELATED: 'This is not fake news': Dr. Fauci talks holiday travel safety and upcoming vaccines in 1-on-1 interview

Worldwide, more than 61 million coronavirus cases have been reported with more than 1.4 million deaths. The U.S. has about 4% of the world’s population, but about a fifth of all reported cases.

It took 312 days for the U.S. to hit the 13 million mark since the first case was diagnosed in Washington state on Jan. 20.

This chart shows the pace at which the U.S. has reported each one-millionth case:

For most people, the new coronavirus causes mild or moderate symptoms, such as fever and cough that clear up in two to three weeks.

But for some — especially older adults and people with existing health problems — it can cause more severe illness, including pneumonia, and death. The vast majority of people recover.

Credit: AP
Black Friday shoppers wait in line to enter an shore that opened at 6am at the Citadel Outlets in Commerce, Calif., Friday, Nov. 27, 2020. (AP Photo/Ringo H.W. Chiu)

Deaths rates are getting closer to the dire numbers seen in the spring. The U.S. daily death toll exceeded 2,000 on Nov. 19, the first time since early May. On Nov. 20, 1,878 deaths were reported.