How do the Pfizer, Moderna vaccines compare and will they be effective against new strains of coronavirus?

When it comes to the two vaccines being distributed, from Pfizer and Moderna, there are more similarities than differences. 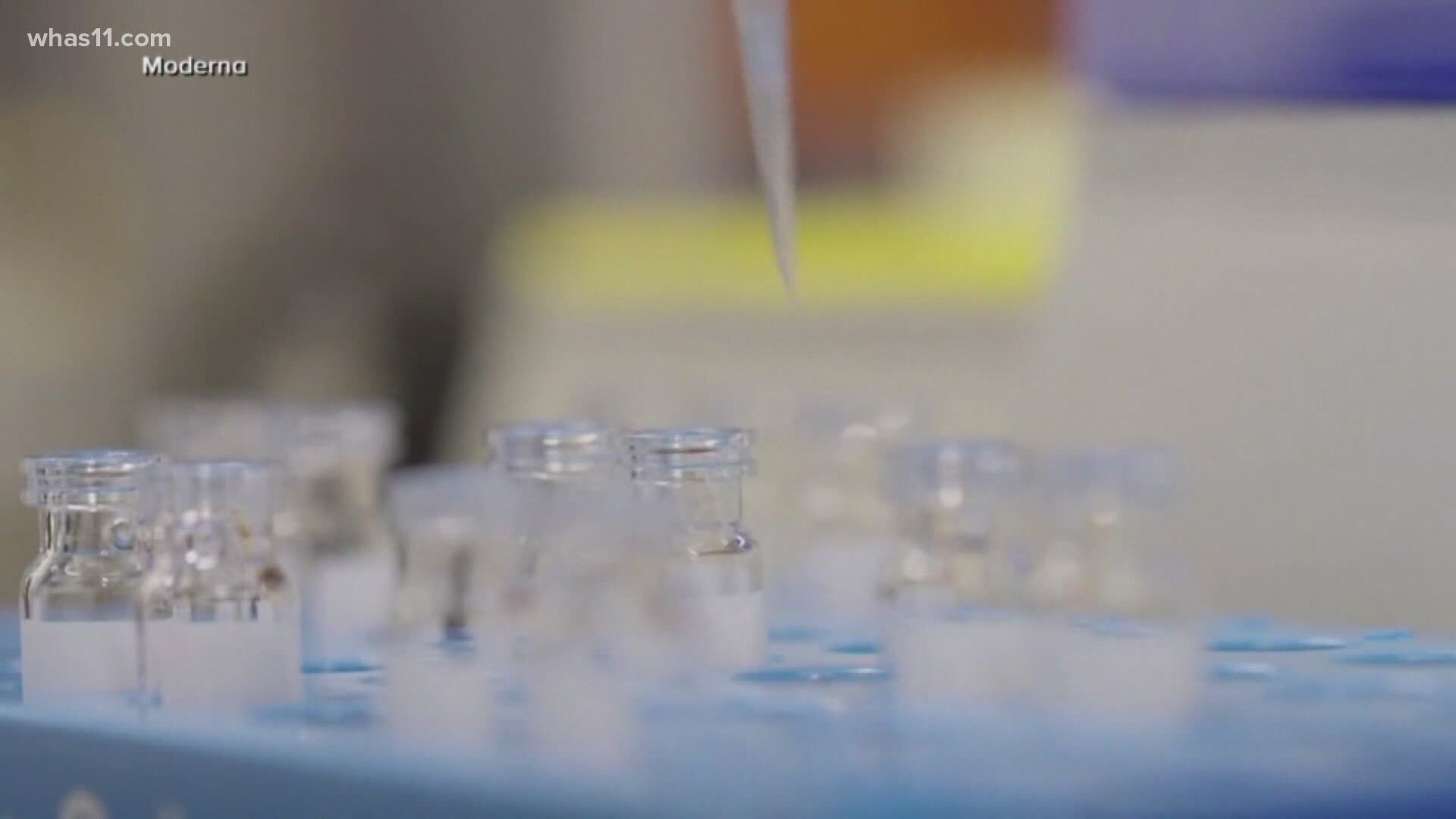 LOUISVILLE, Ky. — There are still many unanswered questions when it comes to the coronavirus. What we do know is that both vaccines on the market have shown to be very effective in the short-term. More research will have to be done to determine how long this immunity will last.

When it comes to the two vaccines being distributed, from Pfizer and Moderna, there are more similarities than differences.

UofL Health Chief Medical Officer Dr. Jason Smith said the biggest difference between the two vaccines comes down to a small droplet of fat that encompasses the mRNA molecule used in the vaccine which affects how the vaccines need to be stored.

"That's why the Moderna is stable at a lower temperature than the Pfizer is. The Pfizer requires that -60, -70, -80-degree temperature range,” Dr. Smith said.

That's why many of the larger hospitals and health providers equipped with the needed freezer storage, like UofL Health, received the Pfizer vaccine. The Moderna vaccine is being given to other hospitals, many in rural areas and other providers like health departments.

There have also been concerns over the vaccines’ effectiveness against potential new strains of the coronavirus.

Researchers in the United Kingdom said they've found a new strain with several mutations that they believe may be even more infectious.

Dr. Smith said the vaccines being given out now will likely also be effective against this new strain and many potential future mutations.

"Even if there are some slight changes to how the virus may be infectious, for the most part, what you're seeing come out would be effective against all of them, at least that's what we think. And that's what's been proven true with many of the other vaccines we have,” Smith said.

Smith said the vaccines only target small parts of the virus and those targeted parts are very similar across different strains of the virus.

Health experts said, as of now, there has not been evidence showing the new strain causes a more severe disease.

While there are only two vaccines being used now, health experts said there could be several more that will become available in the next few months.