Analysis shows, at current pace, it would take 10 years to get enough Americans vaccinated for COVID-19

A much lower number of people than expected have been vaccinated for COVID-19 so far. 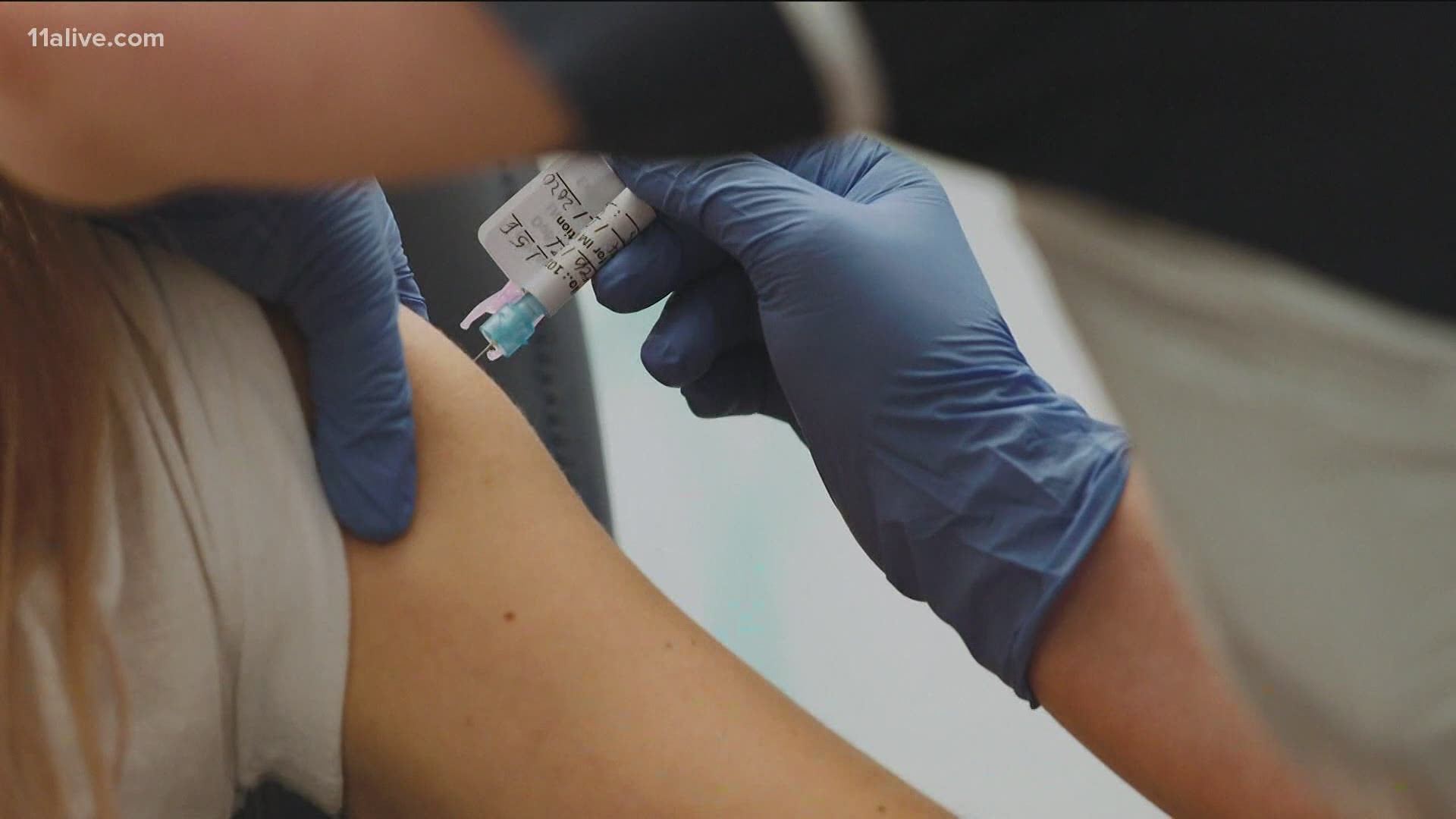 ATLANTA — So far, over 60,000 Georgians have received COVID-19 vaccinations.

That's a lower-than-expected number, but it mirrors what is happening across the rest of the nation.

At the current pace, it could take years to get enough Americans vaccinated.

"It's well-documented that it has been a little slower rolling out than everyone initially thought," Gov. Brian Kemp said on Tuesday. "To me, that's understandable."

So far, more than 61,000 vaccines have been administered in Georgia. That's on par with the rest of the country.

Fourteen million vaccines have been delivered, but only 2 million people have received their first shots.

"We agree that that number is lower than what we've hoped for," said Gen. Gustave Perna with Operation Warp Speed. "Vaccine allocations, or uptake, usually starts out a little slow, and then it increases exponentially, and very rapidly."

Their goal is to provide the COVID-19 vaccine to 80 percent of the country by June.

To reach that goal, 3 million people would need to get vaccinated each day.

However, at the current rate, it will take about 10 years to get 80 percent of the American population vaccinated.

"There's two holidays, there's been three major snowstorms," he said. "There is -- everybody is working through how to do the notification, now to make sure we are administering it the right way, how to ensure it stays in accordance with the cold chain."

President Donald Trump tweeted on Wednesday, "The federal government has distributed the vaccines to the states. Now it is up to the states to administer. Get moving."

The Federal Government has distributed the vaccines to the states. Now it is up to the states to administer. Get moving!

Experts say, however, that there is more involved than just giving people shots.

"You need to train healthcare staff, and supplies to administer vaccines," said Pinar Keskinocak, director of the Center for Health and Humanitarian Systems at Georgia Tech. "You need to line up the schedules. You need to ask questions and share information of the vaccine prior to the administration. You need to watch and monitor people for potential side effects after vaccinations. This might take anywhere from 15 minutes to 30 minutes."

Officials with Operation Warp Speed say they hope to have 30 million additional doses of the vaccine ready to ship in January.

RELATED: Georgia ICU bed space usage is highest its ever been during the pandemic

In addition, Gov. Kemp announced Wednesday evening that the state will soon expand vaccinations to include adults age 65-and-older.