The resolution is among the items on today's city council agenda. 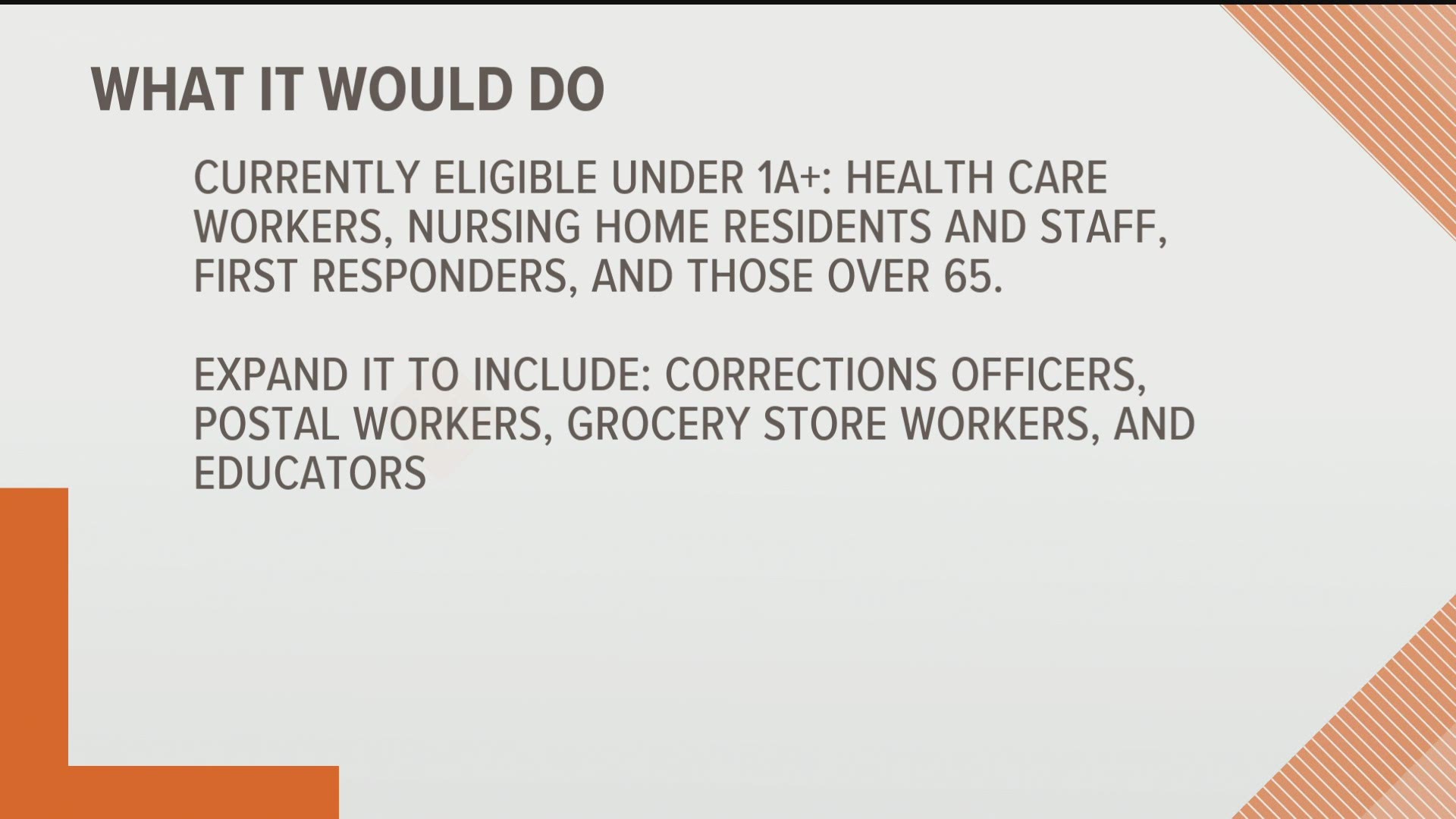 ATLANTA — UPDATE: The resolution has passed. Read the latest here.

On Monday the Atlanta City Council will weigh a resolution which would urge the state to expand vaccine eligibility to include essential workers.

Currently, under Georgia's COVID-19 vaccine rollout plan, the 1A+ group includes healthcare workers, residents and staff of long-term care facilities, first responder agency personnel, and adults 65 and over along with their caregivers.

Gov. Brian Kemp has so far resisted further expanding eligibility to essential workers such as teachers, many of whom have said they would not feel comfortable returning to in-person instruction without being vaccinated.

RELATED: Drawing Conclusions | An Atlanta mom's journey to get answers about the COVID-19 vaccines

The governor has argued the original expansion to 1A+, which made adults 65 and over and first responders eligible, already expanded the pool of people eligible so that demand far exceeds supply.

Essential workers would currently be eligible once the state expands to phase 1B of its rollout plan.

The resolution to be considered Monday, brought by Atlanta Councilmen Antonio Brown and Dustin Hillis, notes that Georgia has deviated from the CDC's Advisory Committee on Immunization Practices (ACIP) recommendations for rolling out vaccine distribution.

When Georgia expanded to 1A+, it deviated slightly from the ACIP rollout recommendations by including adults 65, rather than 75, and older and only first responders, rather than the full slate of essential workers outlined by the CDC committee.

The Atlanta Council resolution would urge the Georgia Department of Public Health to "to revise the 1A+ population designation within the Georgia Immunization Program to include the full set of ACIP essential workers" because "these essential workers are likely at highest risk for work-related exposure to SARS-CoV-2, the virus that causes COVID-19, because their work-related duties must be performed on-site and involve being in close proximity (<6 feet) to the public or to coworkers."

In a brief response to the proposed measure, Gov. Kemp said he felt Dr. Kathleen Toomey, the Department of Public Health commissioner, was more qualified to make a determination, but said he would wait to comment further until he saw the full proposal.