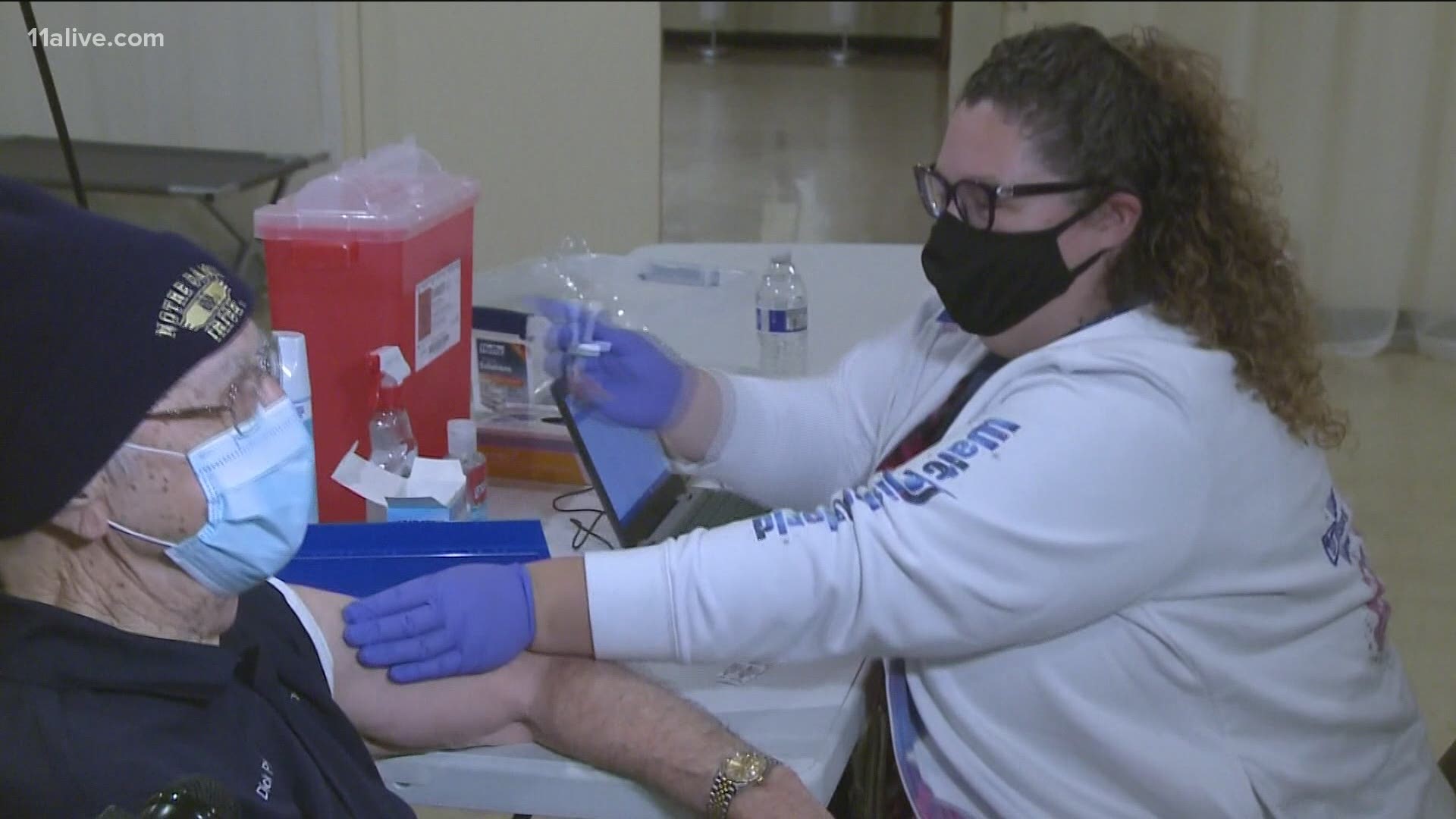 ATLANTA — Gov. Brian Kemp on Tuesday provided an update on Georgia's vaccine distribution efforts, a day after the state expanded eligibility for who can receive one.

The state moved to Phase 1A of its vaccine distribution plan on Monday, making it available to adults 65 and over as well as first responders and law enforcement.

It resulted in a flood of new demand after the state had struggled to distribute all of its doses in rural areas, where healthcare workers had been resistant to taking it. The initial phase of Georgia's vaccine distribution plan made just frontline health workers and the residents and staff of long-term care facilities eligible for the vaccine.

Kemp held a news conference at the State Capitol Tuesday and acknowledged that the vaccine rollout has been difficult. Frustrations have grown as people eligible for the vaccine struggled to get appointments.

Kemp also reminded everyone that the state doesn't control its own supply. He said Georgia has increased the number of vaccines it has administered in the last week by more than 102,000.

"Which is a 97 percent increase," the governor said.

RELATED: How to get a COVID-19 vaccine in metro Atlanta

During the news conference, the governor also warned against providers who are stockpiling the vaccine.

"Let me be clear, if you are a provider who has signed a contract with the state and are receiving vaccines, we expect you to be administering those doses quickly and as safely as possible," Kemp said.  "If this issue continues, the state will take possession of those doses and ensure that vaccinations continue."

"If it takes me firing up my pickup truck and doing it myself, so be it," he added.

Georgia has lagged in vaccine distribution relative to other states.