Many health experts advise against them. The World Health Organization continues calling on wealthy nations to stop offering boosters. 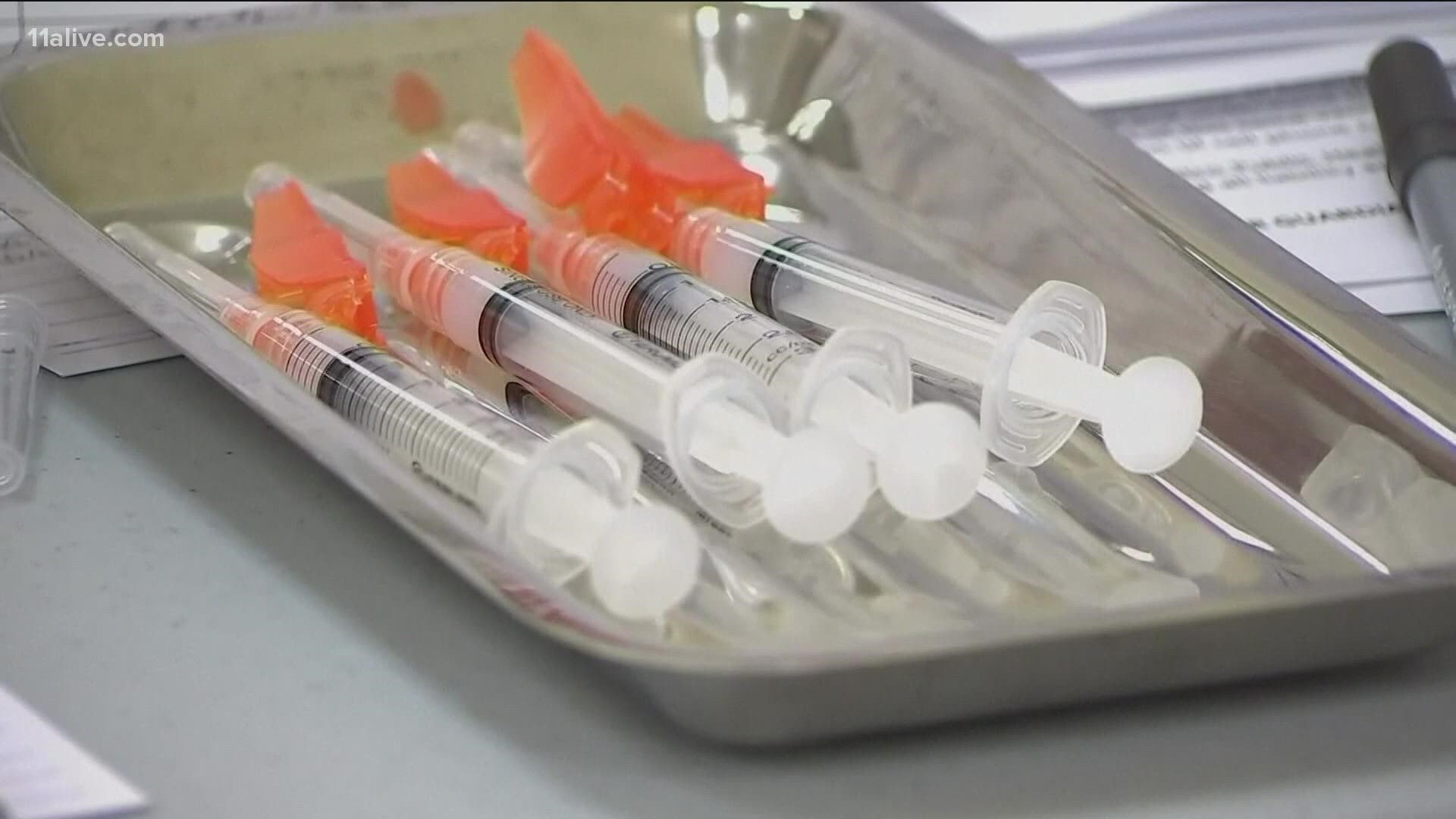 ATLANTA — Just one week out from the Biden Administration's goal to offer COVID-19 booster shots, new data released from a medical journal has many confused. The journal, Lancet, states a third shot isn't needed right now.

Last month, President Joe Biden touted boosters as a protection against the delta variant, and said Americans should consider getting a booster eight months after their second shot.

Some of the nation's health experts said the initial plan was to offer Pfizer or Moderna boosters starting Sept. 20, contingent upon authorization. However, it appears Moderna boosters won't be ready by then.

And even if they were, some doctors believe a booster shot is unnecessary for some people at this time. The World Health Organization's leader has even asked rich countries with a large supply of the vaccine to refrain from offering boosters through the end of the year.

The New York Times reported that CDC officials state more than 1.8 million extra shots have already been administered in the U.S. However, that number likely includes those with weakened immune systems. Some also got the extra boost before the approval. Its unclear how many people received them who may not be immunocompromised.

The debate continues as to who should receive another dose or if they are not needed.

Dr. Brent Harris, who operates US MedClinic– a clinic that tests for COVID– provided some clarity between the two points of information.

RELATED: WHO chief urges halt to booster shots for rest of the year

What is Lancet and why does its opinion matter?

Harris said Lancet is a well-known publication and is respected in the medical field. The peer-reviewed medical journal was founded in 1823 and often provides commentary on current medical issues.

Does the current breakthrough case rate warrant a third shot?

"The answer, if you look globally across the general population, it looks like the answer is no," Harris said.

He believes like the Lancet article states, doses should be given to the unvaccinated or those who are immunocompromised.

"I think that what they really should do is check your high risk patients for antibody titers and if they have antibodies, they’re really not going to have much of a benefit if a booster," Harris said.

The FDA has already authorized a third COVID-19 shot for some immunocompromised people to help boost their immune responses against the virus.

FDA's scientific advisers will publicly debate Pfizer's evidence on Sept. 17, just three days before the administration's target. If the FDA approves another dose, then advisers of the Centers for Disease Control and Prevention will recommend who should get one.

Should extra doses be reserved for immunocompromised people?

"If they don’t have antibodies or if they have a real low level of antibodies and they’re in the high risk category, they would benefit significantly from a booster vaccine," he explained.

The CDC defines an immunocompromised individual as someone with a weaker or weakened immune system, caused by a medical condition or treatment, among other reasons.

Is there an adverse effect for getting the third shot if you don't need it?

Harris said the vaccines stimulate the immune system to create antibodies but too much can be problematic.

"The risk is you can over stimulate the immune system and your risk for autoimmune issues, and adverse allergic reactions, and events and stuff increases with the large stimulation of the immune system," he said.