Georgians are getting more than 50,000 tests per day – that’s two and a half times more than this time last month. 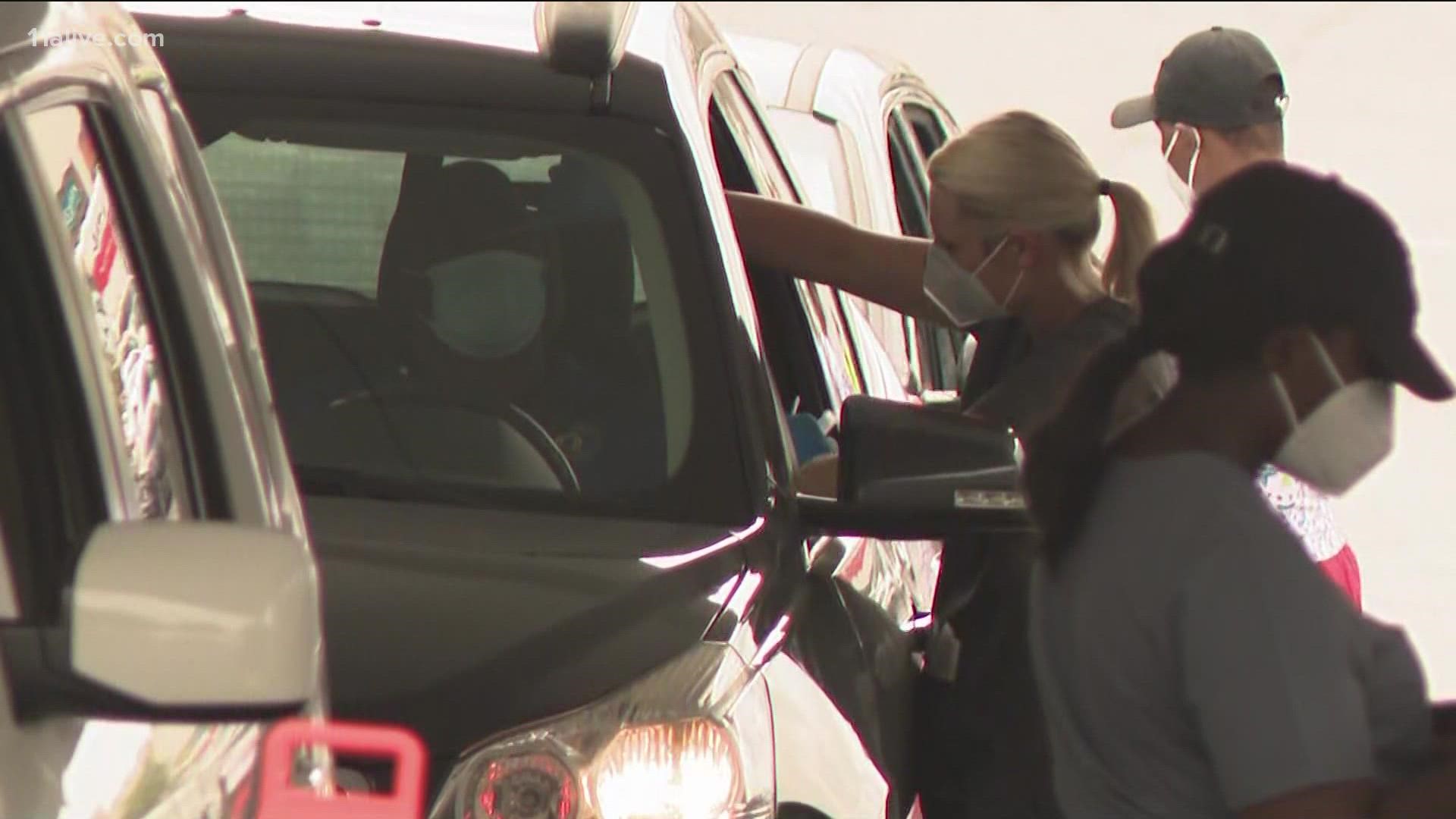 A testing site in Decatur had cars lined up for hours to get vaccines and COVID tests – both adults and children.

"It’s boring," said 13-year-old Madison Griffith, who was quarantined after a COVID outbreak in her school.

She found herself among the dozens of people in cars lined up at an Emergen testing site outside Atlanta's West End Mall.

"Some people at my school got it. We had to quarantine but they would not tell who had it," the teenager said.

She ended up at a testing site founded by an Emory emergency room doctor who opened for business eleven months ago in underserved communities of color in Atlanta, DeKalb and Gwinnett.

"In May and June, we were probably at our lowest levels as relates to testing and even vaccinations. But with back-to-school, our numbers have easily tripled compared to what we were doing in June," said the testing site's founder, Dr. Jonathan Goss.

RELATED: LIST: The latest COVID case, death, and hospitalization data for Georgia as of August 30

State data shows as of Friday, Georgia was averaging about 8,400 new COVID-19 cases each day. That’s four times higher than this time a month ago.

Georgians are getting more than 50,000 tests per day – that’s two and a half times more than this time last month.

Olivia Glover’s 7-year-old got tested at the West End site around lunchtime.

Dr. Goss says the PCR test given at Emergens will produce same-day results, unless the test is taken late in the day.