DPH says it is partnering with faith-based organizations and influencers within communities of color to educate people through webinars and focus groups. 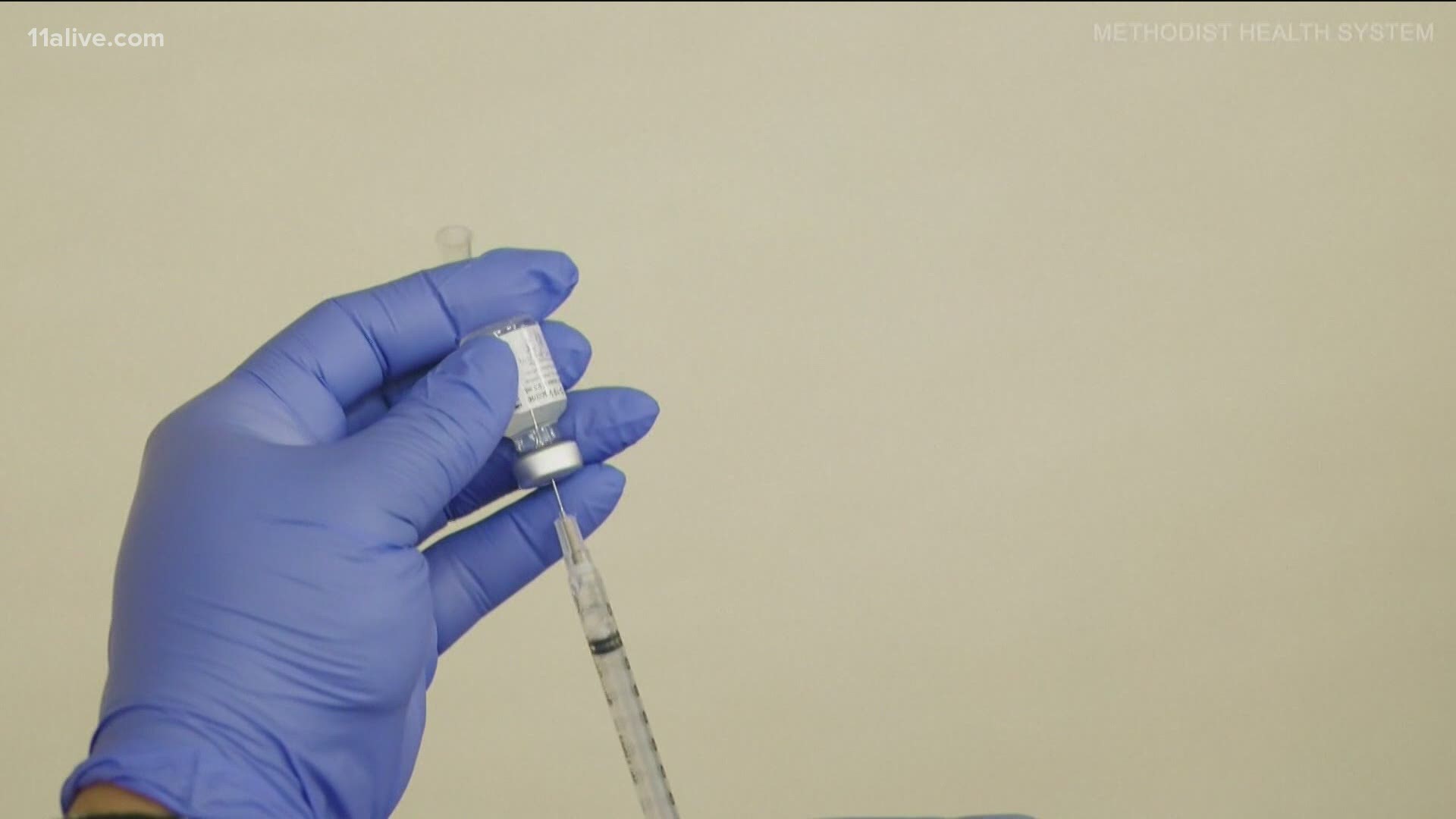 GWINNETT COUNTY, Ga. — CDC statistics show COVID-19 has disproportionately affected communities of color. However, it's those groups that public health experts say have the highest levels of vaccine doubt.

Angie Dabalos has experienced that doubt first-hand. Since the start of the pandemic, the Gwinnett County resident, who is originally from Venezuela, has been protecting her family of six from COVID-19.

"I'm not going to put my family at risk or let my kids suffer from an illness," Dabalos explained in a Spanish interview that has since been translated to English by 11Alive reporter Paola Suro.

Going forward, for her, protection means not getting the vaccine.

"Neither will my family [get it]," she said. "It came out too fast. This vaccine won't guarantee anything."

RELATED: How do we know the COVID-19 vaccines are safe?

Dabalos said she believes there's not enough information out there in English, let alone her native language, and that the unknown consequences of the vaccine terrify her.

It's because of doubts like those that public health experts, like Dr. Harry Heiman with Georgia State University, are concerned minority populations won't get vaccinated.

"There's a reason for that medical distrust," admitted Dr. Heiman. "They've been abused and mistreated in medical research through discrimination in healthcare settings."

According to the CDC, as of last week, Black people and Latinos are about three times more likely than white people to get hospitalized for the virus, and two times as likely to die.

"Low-income workers, Black and brown workers are disproportionately represented in that group of essential workers that has significant equity implications," Heiman explained.

So what's being done?

The Biden administration says it is meeting with leaders from communities that are skeptical of the vaccine. It adds that it will help folks with transportation to vaccination sites and work with them to solve issues like unpaid time off from work.

"I know that the Biden administration is working through local pharmacies, using geospatial analysis to identify which pharmacies are closest to those communities, and is also working through community health centers, which are placed by design in communities that are underserved," Heiman added.

Locally, the Georgia Department of Public Health says it is partnering with faith-based and community-based organizations and influencers within communities of color to educate people through webinars, focus groups and ads available in multiple languages.

While supply now seems to be the real struggle, Dr. Kathleen Toomey says the state will be using mobile vaccination clinics and providing rides to make vaccines more accessible.

RELATED: A mom had concerns about the COVID vaccines. She spoke to the experts herself, and here's what she found.

"They have not made it easy to find clear, trustworthy information," she said. "The situation hasn't been managed well. I think the pandemic has been politicized."

The mother of four says it will take a lot of convincing to change her mind.

While local and federal groups work to educate, she says she's putting the final decision in the hands of God.