Vaccine incentives in DeKalb County | Are the incentives helping to get more people vaccinated?

DeKalb County's CEO said since starting the incentive program, he's had city and county leaders around the state reach out to ask him questions about the program. 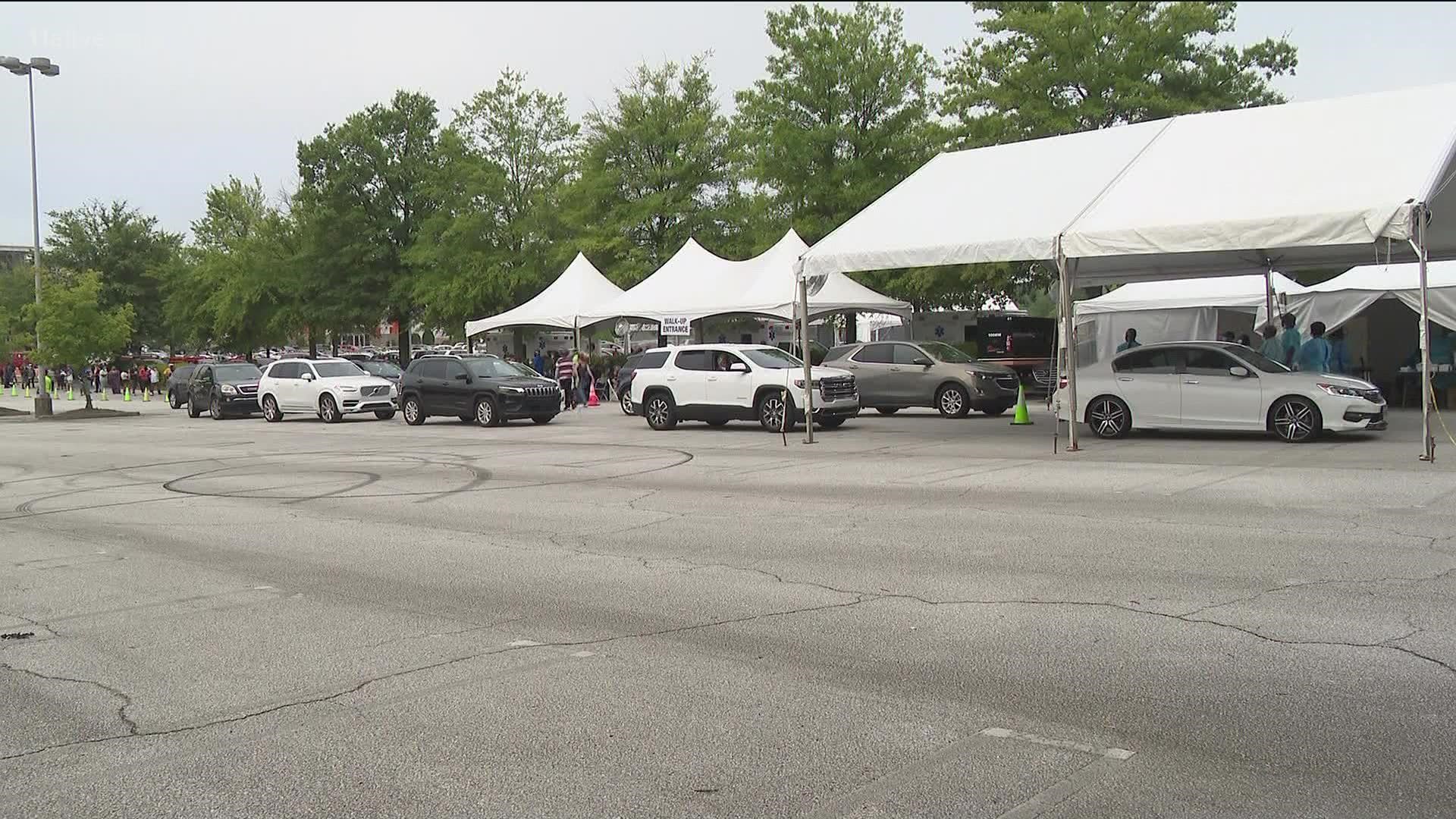 DEKALB COUNTY, Ga. — Over the past few weeks, there have been long lines at several DeKalb County vaccination events that have offered cash incentives to encourage people to get the COVID shot.

Across four vaccination events, people have received incentives of $50 or $100. At the county's most recent event at Stonecrest Mall in late August, 2,526 people were vaccinated.

"We actually had to close the lines at 1 p.m. because it became overwhelming in terms of the number of people that came in," Thurmond said.

According to Thurmond, a large number of people came out for the incentive.

Vaccinations have also trended upward because of a focused vaccination strategy and developments in the pandemic.

"The incentive, message, messenger, location, but also spiking rates of infection because of the Delta variant and FDA approval," Thurmond said.

Cobb County Board of Commissioners Chairwoman Lisa Cupid confirmed to 11Alive that she is considering using vaccine incentives in Cobb County as well but did not elaborate further.

"It's something that we are considering, and I'm very proud of what they're doing in DeKalb County and how they have been able to get people vaccinated," Cupid said.

"The average cost of COVID hospitalizations in America is $72,000," he said.

Thurmond also said if $100 encourages someone to get vaccinated and helps them avoid a hospital stay or ultimately death, the program is successful.

However, it's currently unclear if the incentives caused a significant rise in DeKalb County's overall vaccination rate, though Cobb and DeKalb counties have reportedly vaccinated a similar percentage of people.

Since Wednesday, Sept. 8, when DeKalb County held its first $100 incentive event, the county's vaccination rate grew by more than 3%.

Cobb County, which didn't have any incentives, also grew its vaccination rate by nearly the same percentage.

DeKalb County is working on more vaccination incentive events in parts of the county where they haven't had an event yet.