When an Atlanta Fire Rescue memo was leaked, the mayor's office called it a miscommunication. A Fulton Co. leader says it led to many skipping the vaccine line. 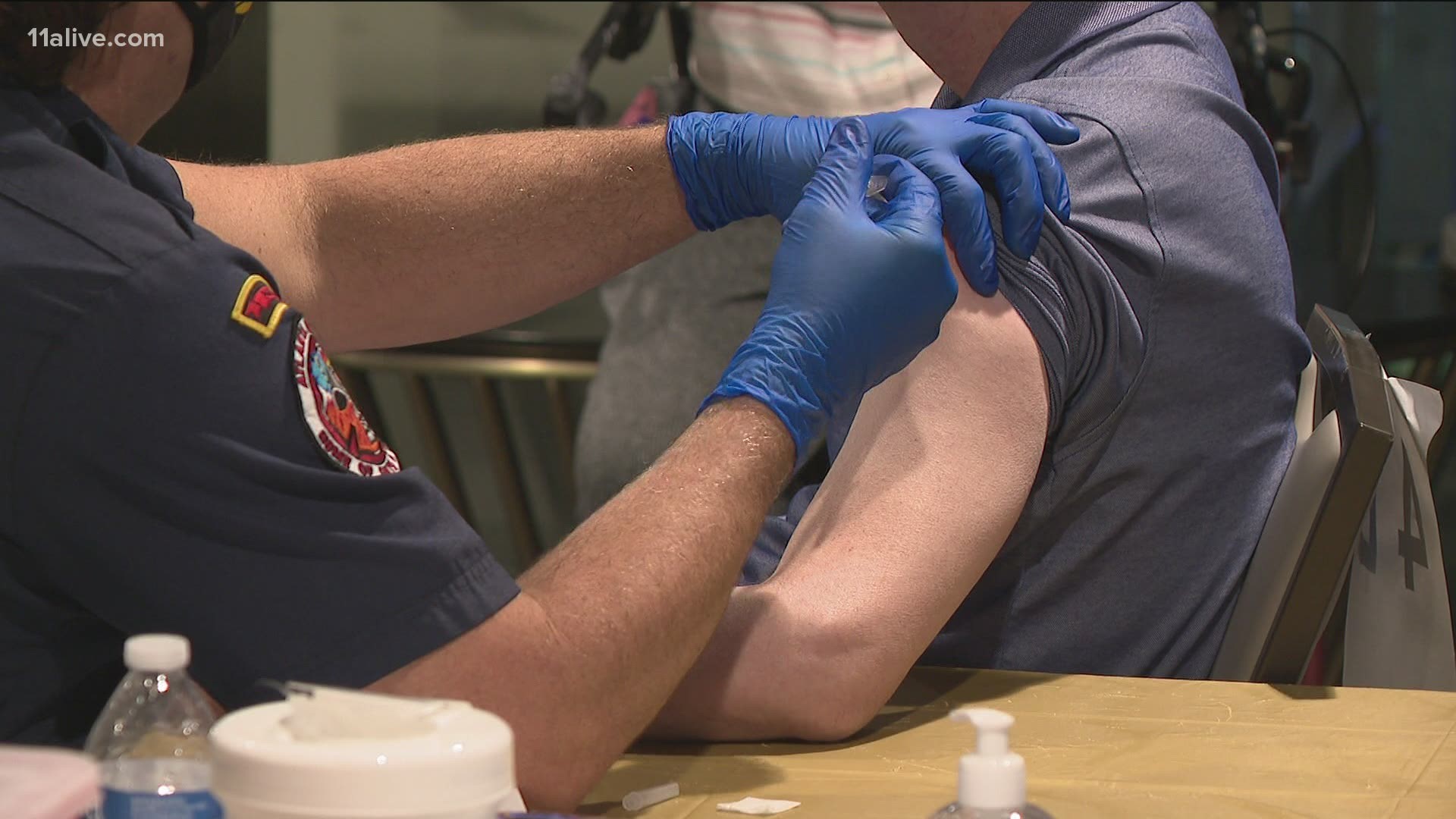 ATLANTA — A local government official is suggesting that "many" family members of the Atlanta fire department may have gotten COVD-19 vaccines before they were eligible.

During Wednesday's Fulton County Board of Commissioners meeting, Vice-Chair Natalie Hall discussed the memo that was leaked last week from the Atlanta Fire Rescue Department.

While first responders in Georgia are currently eligible to receive the COVID-19 vaccine, that eligibility isn't extended to their family members.

But during Wednesday's meeting Hall said the memo led to family members of AFRD employees skipping ahead in the vaccine line.

"I know this, because I know a firefighter who has been helping with administering the vaccine, and he is doing it in north Fulton, and he has vaccinated many family members, so they're jumping ahead in the line," Hall claimed.

Hall didn't provide an exact number of how many people she had been told received the vaccine by "jumping ahead in the line."

11Alive contacted the Georgia Department of Public Health and asked if the state had numbers on how many ineligible family members may have been vaccinated.

Department spokeswoman Nancy Nydam wrote by e-mail, "DPH does not have any evidence to support that vaccines were, in fact, given to individuals associated with the City of Atlanta Fire Rescue Department who were outside of Phase 1A+. If someone has that information and provides it to DPH, we will investigate as we have with other situations."

During the board of commissioners meeting, Lynn Paxton, Director of the Fulton County Board of Health, said when the county learned of the memo, they reported it to the City of Atlanta legal department, as it doesn't follow state or county guidelines for vaccinations.

Before vaccinations began in Fulton County, city leaders were educated on vaccine eligibility, according to Matthew Kallmyer the director of Atlanta-Fulton Emergency Management.

"Regretfully, there was a breakdown in trust and you did see the memo," Kallymyer said during the board of commissioners meeting. "I believe it also occurred during a transition of the fire chief."

Kallmyer said since the memo was leaked, cities in Fulton County have now been re-educated on vaccine eligibility. He also mentioned the City of Atlanta has opened an internal investigation to learn how the memo came to be.

"It has never been, at any one point in the process, told that family members would be eligible for public safety," Kallmyer said of information Fulton County gave to cities.

During the vaccination process at the Mercedes-Benz Stadium vaccination site, run by Fulton County, Kallmyer said Atlanta Police, for example, have had a representative on hand to verify only eligible employees from APD are vaccinated as first responders.

"AFR will be doing that going forward along with the Mayor's Office of Emergency Preparedness."

11Alive on Wednesday contacted Mayor Keisha Lance Bottoms and asked about the internal investigation mentioned during the Fulton County Board of Commissioners meeting, and if the City of Atlanta has determined how many AFRD family members may have received a vaccine.

A spokesman for the mayor replied by e-mail, "We will look into this," but, so far, no further information has been sent.