It's an issue that is forefront on the minds of many healthcare workers as the state works to vaccinate Georgians against COVID-19. 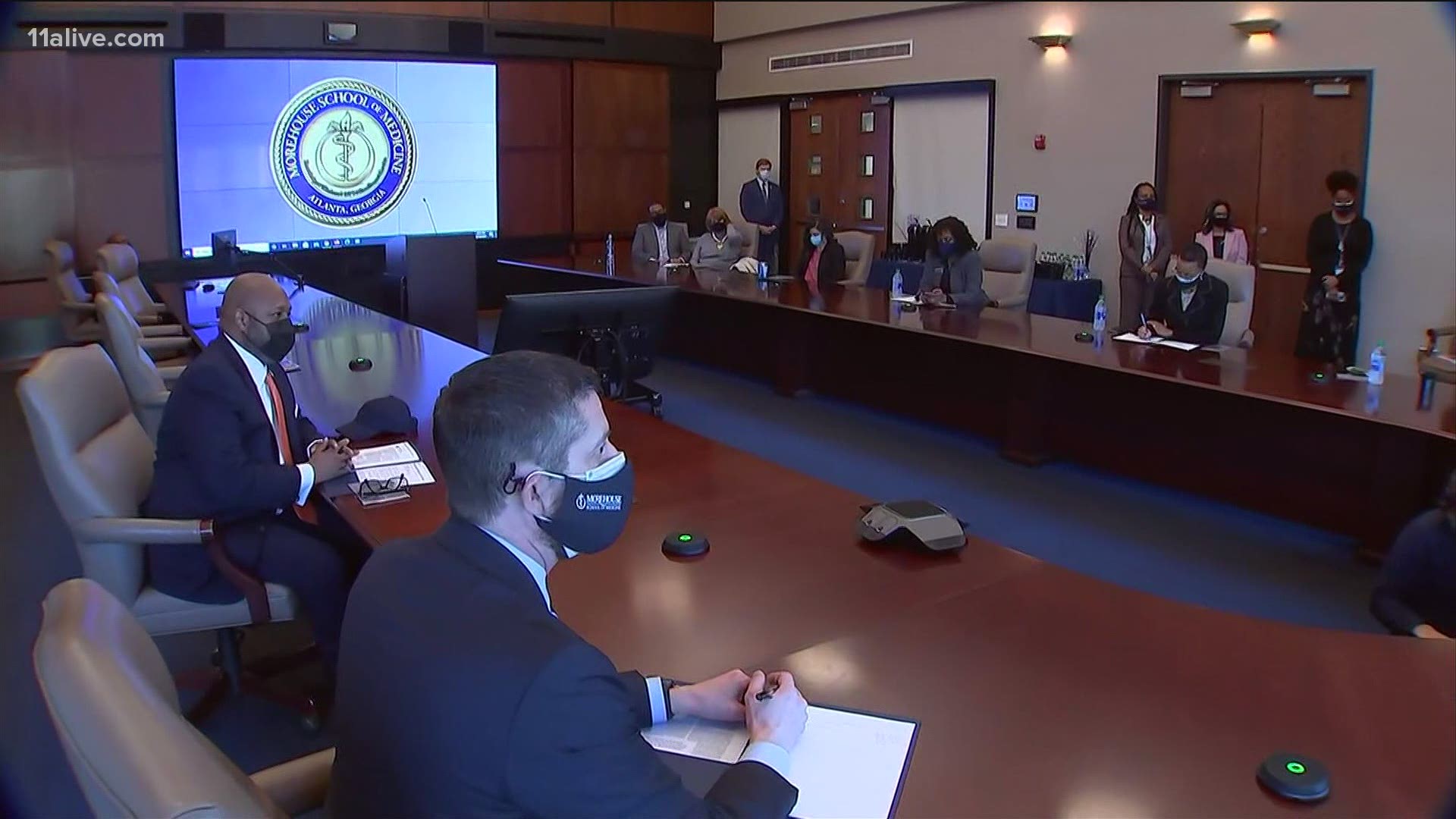 ATLANTA — On Wednesday, Gov. Brian Kemp and Dr. Toomey partnered with Morehouse School of Medicine for a roundtable discussion focusing on "vaccine hesitancy and equity among minority communities" across the state.

It's an issue that is forefront on the minds of many healthcare workers as the state works to vaccinate Georgians against COVID-19. The event was held at 8:30 a.m.

There has been some hesitancy with the vaccine across the board, with just about half of Americans under 65 reporting in a December CDC survey that they would get the COVID-19 shots when they become eligible. While that's still considered low, that's up from 39% back in September.

The CDC says the groups most hesitant to get the shots are young adults, women and - especially - Black Americans.

There is a history of distrust amongst Blacks and the US medical field, after documented medical mistreatment. That's because America has a dark past of experimenting with unethical medical practices in Black communities.

Among those events is the Tuskegee Experiment, when, from 1932 to 1972, 600 Black men from Macon County, Alabama were unknowingly infected with syphilis. Doctors purposely did not tell the men the correct diagnosis, and instead withheld treatment so they could study the full progression of Syphilis.

Another example is the North Carolina’s eugenics program. Between 1929 to the late 1970s, under the  “Eugenics Law,”  the state sterilized close to 7,600 poor men and women, most of whom were Black. That process made it impossible for them to have children.

The medical field is now working to re-build that trust with Black patients, tapping visible members of the Black community to demonstrate the safety of the COVID vaccine.