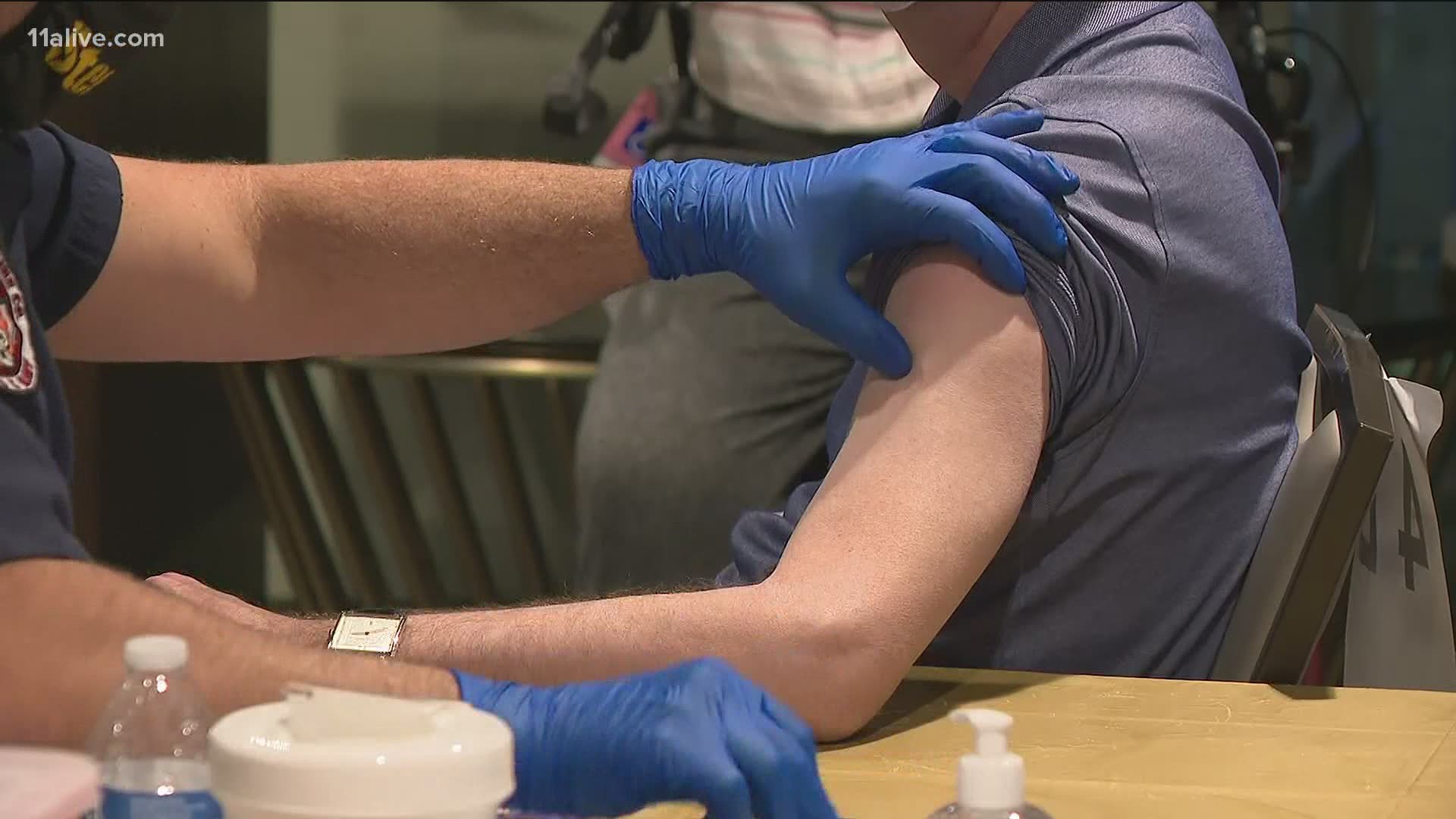 ATLANTA — This week, Mercedes-Benz Stadium in downtown Atlanta opened as a COVID-19 vaccination site for people older than 65, helping to speed up the process.

"We can literally process thousands of people in one day, whereas in the smaller sites we just don't have that capacity," said Fulton County District Health Director Lynn Paxton.

The stadium is one of three mass vaccination sites in the county right now.

"We are doing it every day there, as well as our sites at Aviation Cultural Center on Fulton Industrial Boulevard and at a site in Alpharetta," said the county's chief clinical officer, David Holland.

Holland said he hopes these sites can help Fulton County reach their vaccination goals, which got off to a slow start.

"We really want to get to the point where we can do 3,000 vaccines a day," Holland said.

That's about three times the number of people that Fulton County is vaccinating right now. Holland said that so far, the main delays are not caused by a lack of vaccine, but rather scheduling issues and staffing.

"It's going to take a lot more resources than what we've got currently in the public health system to get where we need to be," Holland said.

"Some time and some money," Holland said. "Both are coming. On-boarding additional staff as we speak and money coming to help us hire more staff."

Some technical staff is on the way from the Department of Public Health too, moving Fulton County away from a paper system, which should speed scheduling on the front end and accurate records on the back end.

"Next month, some time, it will be an online link where people can pick an appointment, put in all the information, come in and all the info will be in the computer -- get the vaccine and all that will be recorded," Holland said.

"Holland said that they hope to reach their goal of 3,000 vaccinations a day by the end of February.

If you'd like to volunteer to help with staffing shortages -- medical or non-medical -- you can go online to sign up at: https://dph.georgia.gov/servga