Feb. 15 numbers show 74% of the state’s allocation of vaccines have been administered. 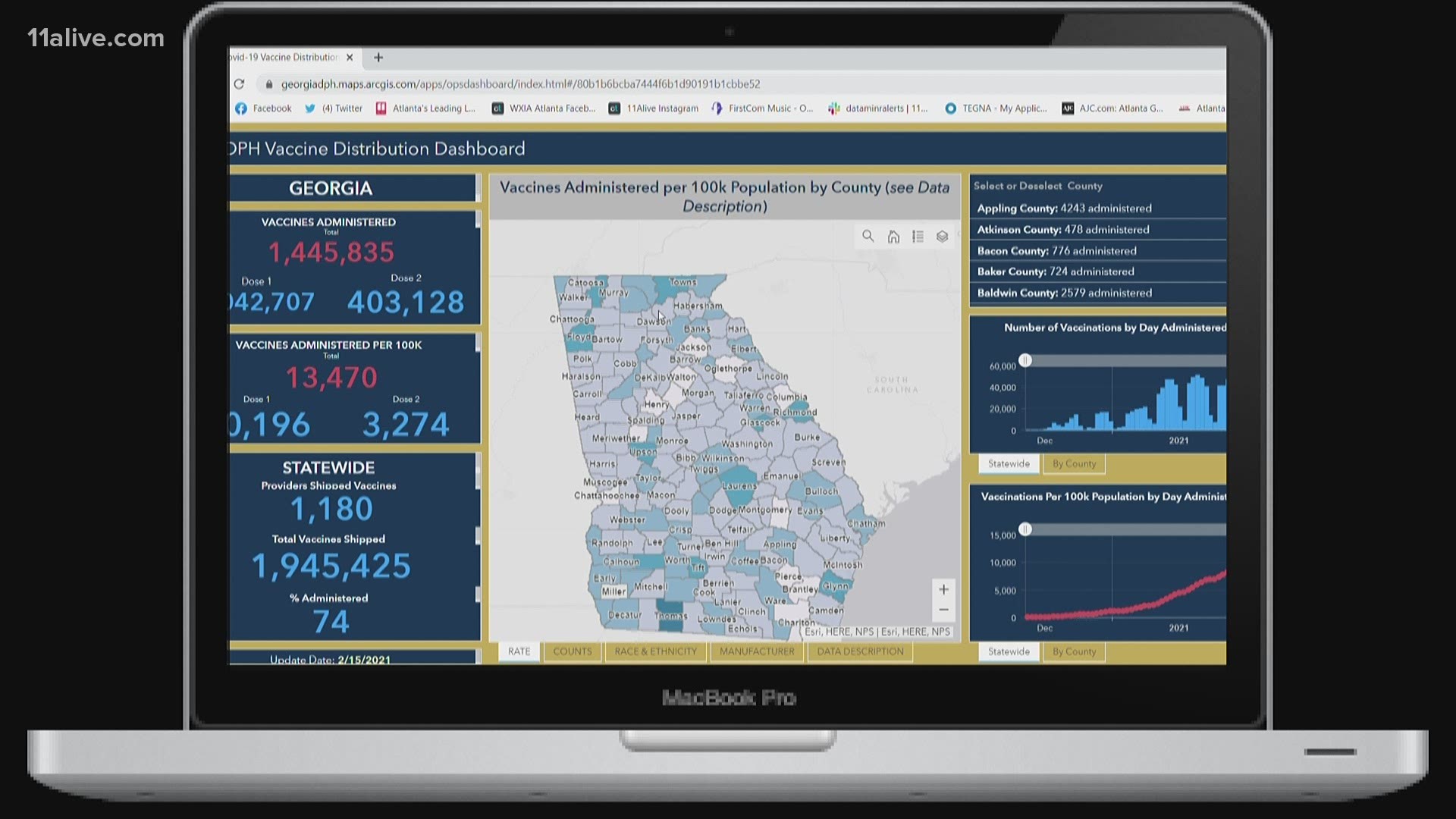 The dashboard breaks down data from the state - and by the county - on the COVID-19 vaccine.

Data on the website will be update daily at 3 p.m. As of Feb. 15, data shows more than 1.4 million vaccines have been administered, with more than one million people receiving their first dose. More than 400,000 have received their second dose.

Feb. 15's numbers also show 74% of the state’s allocation of vaccines have been administered, shown in the graphic below.

The website also breaks down how many vaccines each county administers per 100,000 population. So far, Fulton, DeKalb and Cobb are among the counties with the highest amount of vaccines administered.

But the website won't just show the number of vaccines given. The data is also broken down by race and ethnicity.

Based off of Feb. 15's figures, of the vaccines administered, 660,000 vaccine recipients were white and 162,000 were Black. The totals continue to shrink from there, with 37,000 Asian people receiving the vaccine and just over 14,000 Hispanics.

RELATED: A mom had concerns about the COVID vaccines. She spoke to the experts herself, and here's what she found.

In all, the website shows how well the state is doing; Georgia is now averaging between 48,000 and 51,000 doses per day during the work week, and around 19,000 doses combined on weekends.