He first announced last week the plans for expanding eligibility would be announced within two weeks. 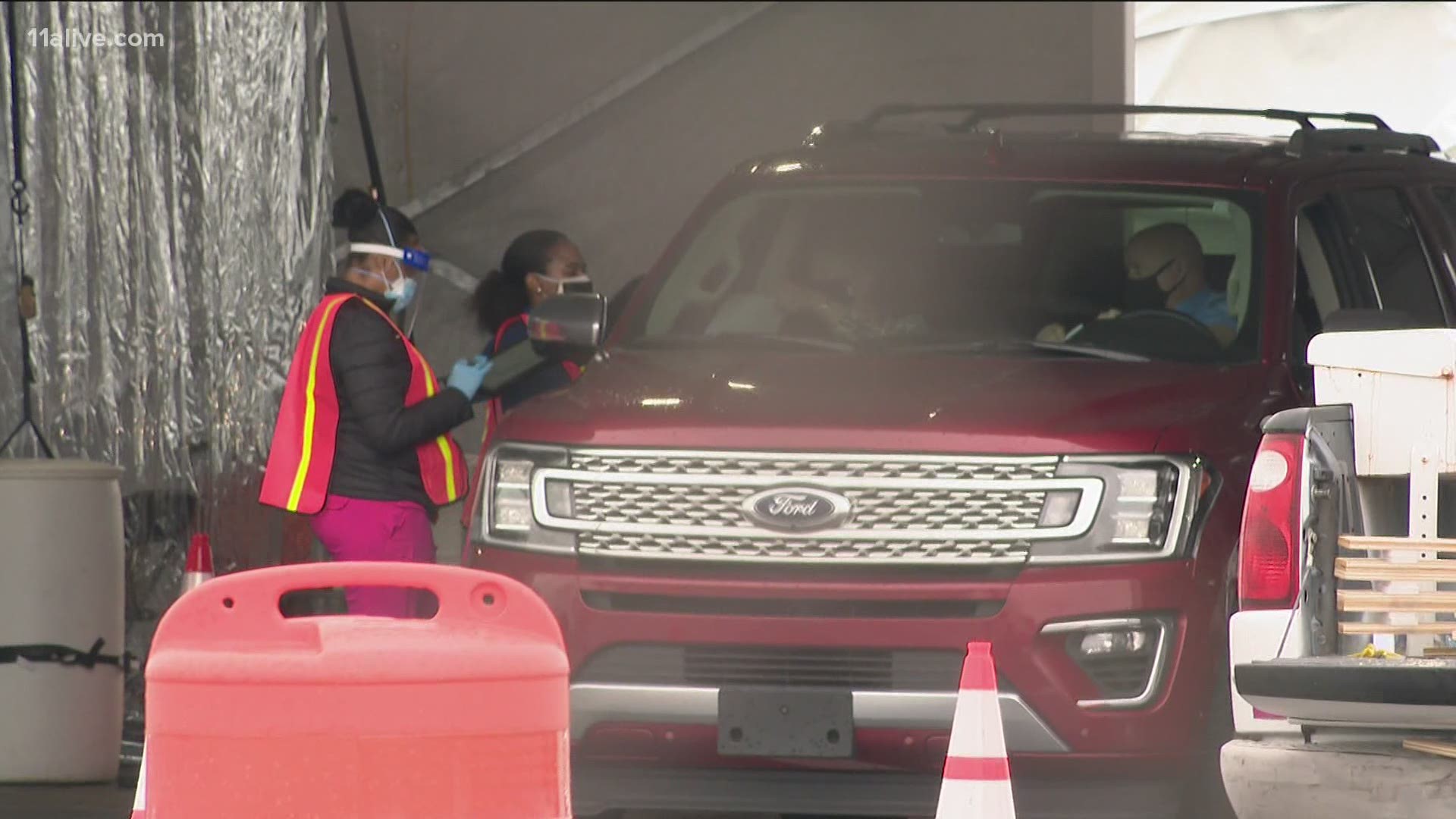 ATLANTA — Gov. Brian Kemp said Monday at the headquarters for the Georgia Emergency Management Agency (GEMA) that plans for expanding the state's vaccine eligibility would be finalized in the "coming days."

Currently under Phase 1A+ of Georgia's vaccine rollout plan, healthcare workers, adults 65 and over, the residents and staff of long-term care facilities and employees of first responder agencies are eligible for vaccinations.

That grouping expands on the CDC's recommendations from the Advisory Committee on Immunization Practices (ACIP), including older adults and first responders from its Phase 1B criteria.

But it leaves out essential workers, which are included in the Phase 1B ACIP guidance, and Gov. Kemp has faced calls to expand eligibility to that group. It includes teachers, grocery store workers and agriculture workers, among others.

ACIP identified all of the following as frontline workers to be eligible for Phase 1B: "first responders (e.g., firefighters and police officers), corrections officers, food and agricultural workers, U.S. Postal Service workers, manufacturing workers, grocery store workers, public transit workers, and those who work in the education sector (teachers and support staff members) as well as child care workers."

Kemp has said Georgia could not expand beyond 1A+ - which first made adults 65 and over and first responders eligible - because doing so had created large, new pool of demand that the state did not have adequate supply to meet.

On Monday, though, the governor sounded optimistic about steadily increasing supply. He said the state would be able to expand eligibility to teachers and others partly because not everyone in group 1A+ wants the vaccine - and not all teachers want it, either - which is making vaccines available for those who do want them.

"Given our significant progress in vaccinating the 1A+ population and the steady increase of our weekly allotment, we will be finalizing our expanded criteria in the coming days," he said. "Our goal is to protect those vulnerable to this virus and get Georgians back to normal as quickly as we can. My commitment is that we will continue to work around the clock to make that possible."

His comments came Monday as Georgia opened four new mass vaccination sites in different corners of the state, in anticipation of ramping up efforts in the weeks ahead.