Following the decisions by the FDA and CDC, Georgia will once again be using the vaccine; though, experts urge providers to warn women under 50 of the limited risk. 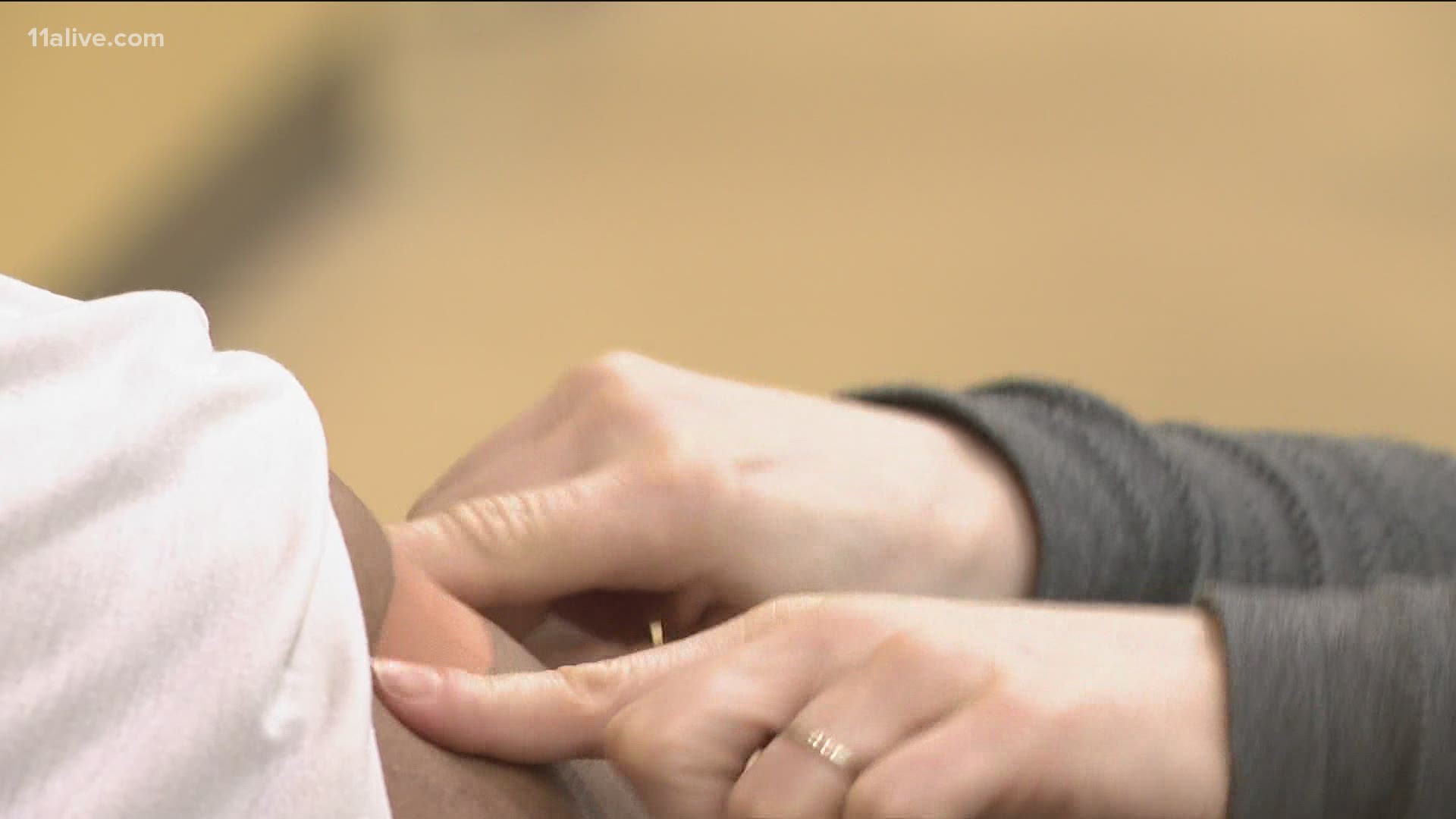 ATLANTA — Georgia will once again be offering the Johnson & Johnson vaccine following the newly-released recommendations of the Centers for Disease Control and Prevention (CDC) on Friday.

Both the CDC and the Food and Drug Administration approved lifting a "pause" on the vaccine that was put in place as doctors and scientists investigated an extremely rare blood clotting issue. The Georgia Department of Public Health, citing national data, said the cases involved women between 18 and 48 and were first seen a week after vaccination. And new cases were found since then.

However, out of nearly 8 million people who received the Johnson & Johnson vaccine, only about 15 cases of this unusual blood clot were found.

And, of those millions of recipients of the one-shot vaccine, 124,000 doses had been administered in Georgia with another 213,000 still in storage.

The national decision will mean that Georgia, along with the rest of the country, will be able to once again provide the vaccine. And while there are no restrictions in place for adults receiving the vaccine, advisors suggested the vaccine must come with warnings to help younger women weigh their options.

Despite the announcement that Johnson & Johnson vaccines will resume in Georgia, the DPH gave no timeline on when the vaccine will be utilized again.

Meanwhile, Georgia announced on the same day that it would be closing its state-run mass vaccination sites in the next month.