Locations in Hapeville, Clarkesville, Macon and Albany open on Feb. 22. 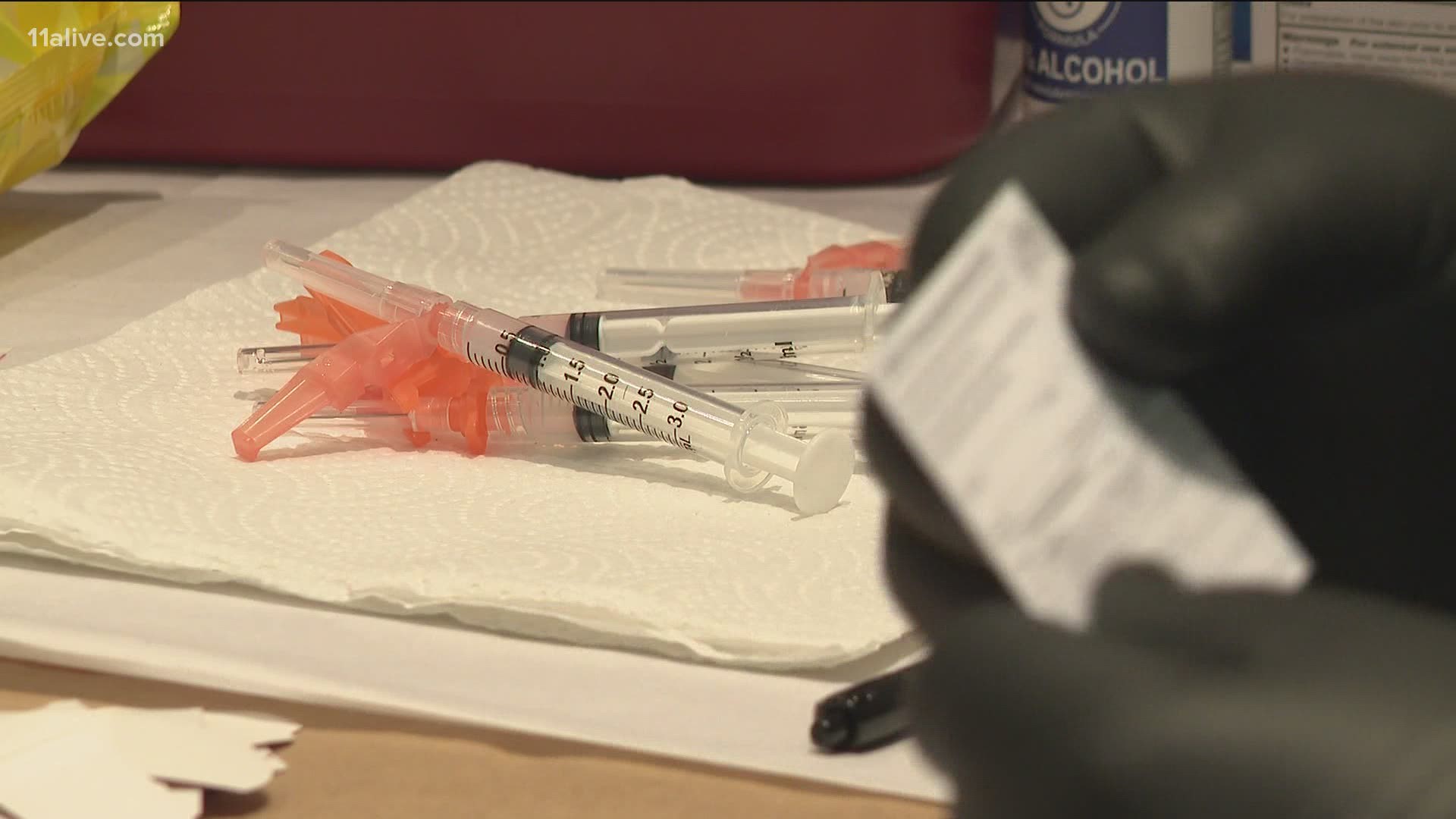 ATLANTA — On Monday, Georgia will be opening several new drive-thru mass vaccination sites in the state in a continued push to inoculate as many people against coronavirus as possible.

The Georgia Emergency Management Agency released a statement on Thursday that it would be opening four sites on Feb. 22 that it hopes will each be able to administer as many as 1,100 people per day and 22,000 a week across each of them.

One of those new mass vaccination sites will be in metro Atlanta, in Hapeville at the Delta Flight Museum at 1220 Woolman Place SW.

Another will serve portions of north Georgia at the Habersham County Fairgrounds at 4235 Toccoa Highway in Clarkesville.

Middle Georgia will be served by a mass vaccination site at the Macon Farmers' Market located at 2055 Eisenhower Parkway in Macon.

And Southwest Georgia will have a new site opening at the Albany, Georgia Forestry Site at 2910 Newton Road in Albany.

While the new sites will allow for increased vaccination in some hard-hit areas, authorities warn they are still under the restrictions in place for Phase 1A+ which includes workers and residents of nursing homes, those 65 and over along with caretakers and various first responders.

Everyone else will have to wait until a later phase and will not be able to get a vaccine at these sites just yet.

“The GEMA/HS Mass Vaccination Sites will not accept walk-ups, and we are strictly adhering to the guidelines for who is eligible for vaccination,” GEMA director Chris Stallings said.

He added that people should complete the registration process at MyVaccineGeorgia.com ahead of time to speed up the intake time. People that require special assistance will also be able to call the TTY number.

So far, Georgia has administered just over 1.6 million vaccines. Of those, 1.1 million have been the first dose and another 500,000 have gotten their second dose.

In all, 82% of about 1.95 million vaccines have been administered according to the state.

The news of Georgia's accelerated vaccination effort comes just a day after the White House Coronavirus Task Force released its latest report that ranks Georgia among the states with the worst COVID death rates in the country.

However, reports also show that the state's hospitalizations and test positivity are down considerably - with deaths serving, often, as a lagging indicator of the severity in weeks past.