Fulton County expects state vaccine scheduling system to be up by Feb. 21

Fulton County Board of Health Director Dr. Lynn Paxton says the county has discontinued its scheduling system and will begin testing the state system next week. 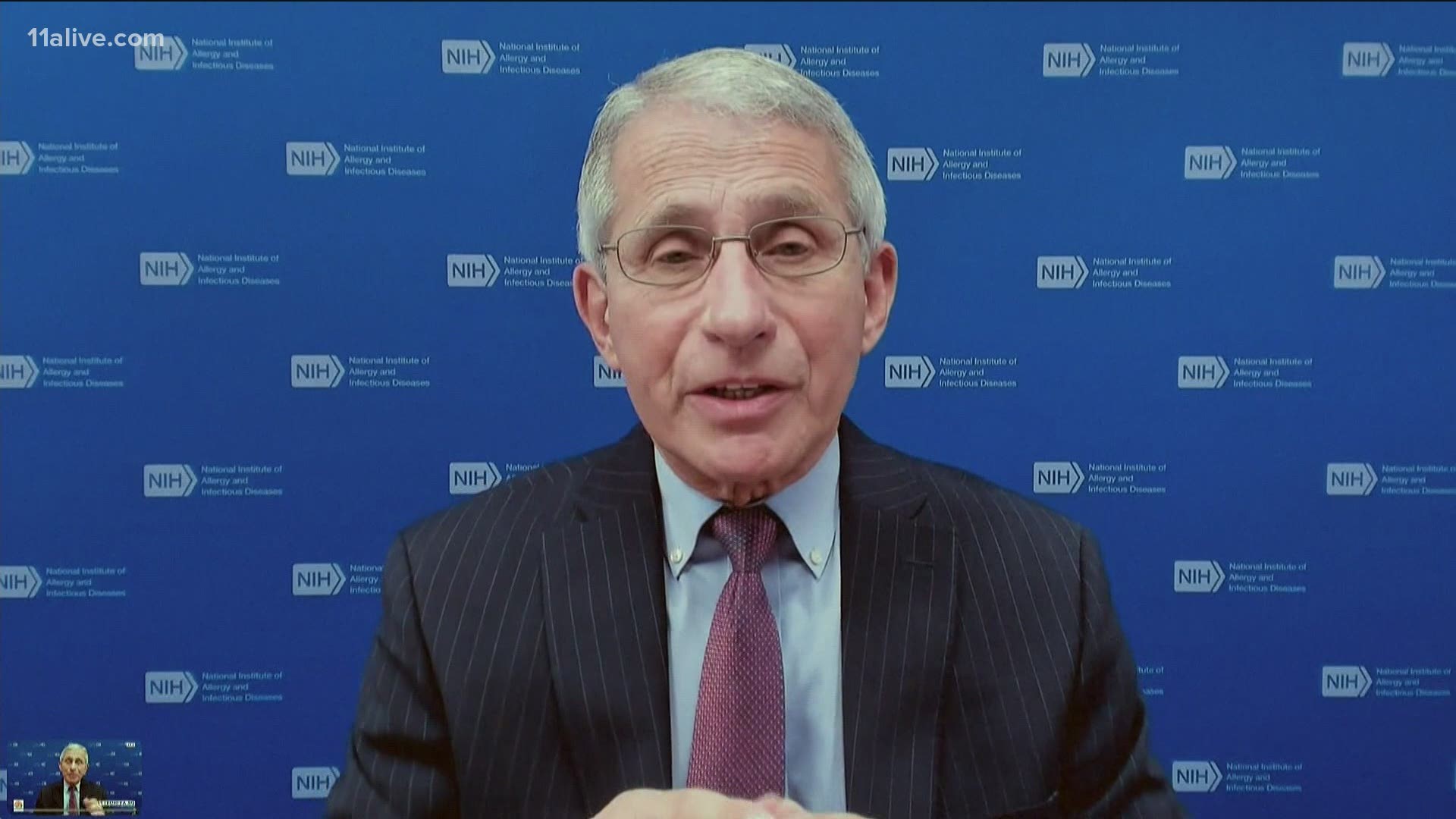 ATLANTA — Fulton County expects a long-promised state vaccine scheduling system to be fully operational by Feb. 21, with the county's public health department discontinuing its own scheduling this week in anticipation of the switch.

The county began disabling its own waitlist on Tuesday night. Those who have already joined the Fulton County waitlist "will have an opportunity for an appointment," the letter says, though fulfilling all 28,000+ appointments already scheduled "will take us several weeks."

The letter indicates that some people may be able to schedule an appointment through VRAS during the pilot testing period, though it does not detail who would have access to that.

"(The Georgia Department of Public Health's) goal is to have a user-friendly system that makes it easier for all Georgians to schedule a COVID-19 vaccination," Paxton writes in the letter. "When fully implemented, the new VRAS scheduling system will make it much easier for residents to sign up for appointments at the site that is closest to them (including those in neighboring jurisdictions)."

The letter said that over the last two months, the Fulton County Board of Health has administered about 40,000 doses of the COVID-19 vaccine.

This comes at a time when CVS Pharmacy joins Walmart, Kroger, Publix and Ingles in administering vaccines.

Public health expert Dr. Harry Heiman with Georgia State University said it is important that the vaccines are in different locations to allow for equitable administration.

"What's limiting right now is not the number of providers, it's the amount of vaccine," said  Heiman. "The other aspect of that is that we need to make sure there's appropriate geographic distribution of those providers."

He said it is also important that scheduling is accessible for everyone - even those without technology.