'The state and the Department of Public Health will be finalizing our plans for expanding vaccination criteria within the next two weeks,' Gov. Brian Kemp said. 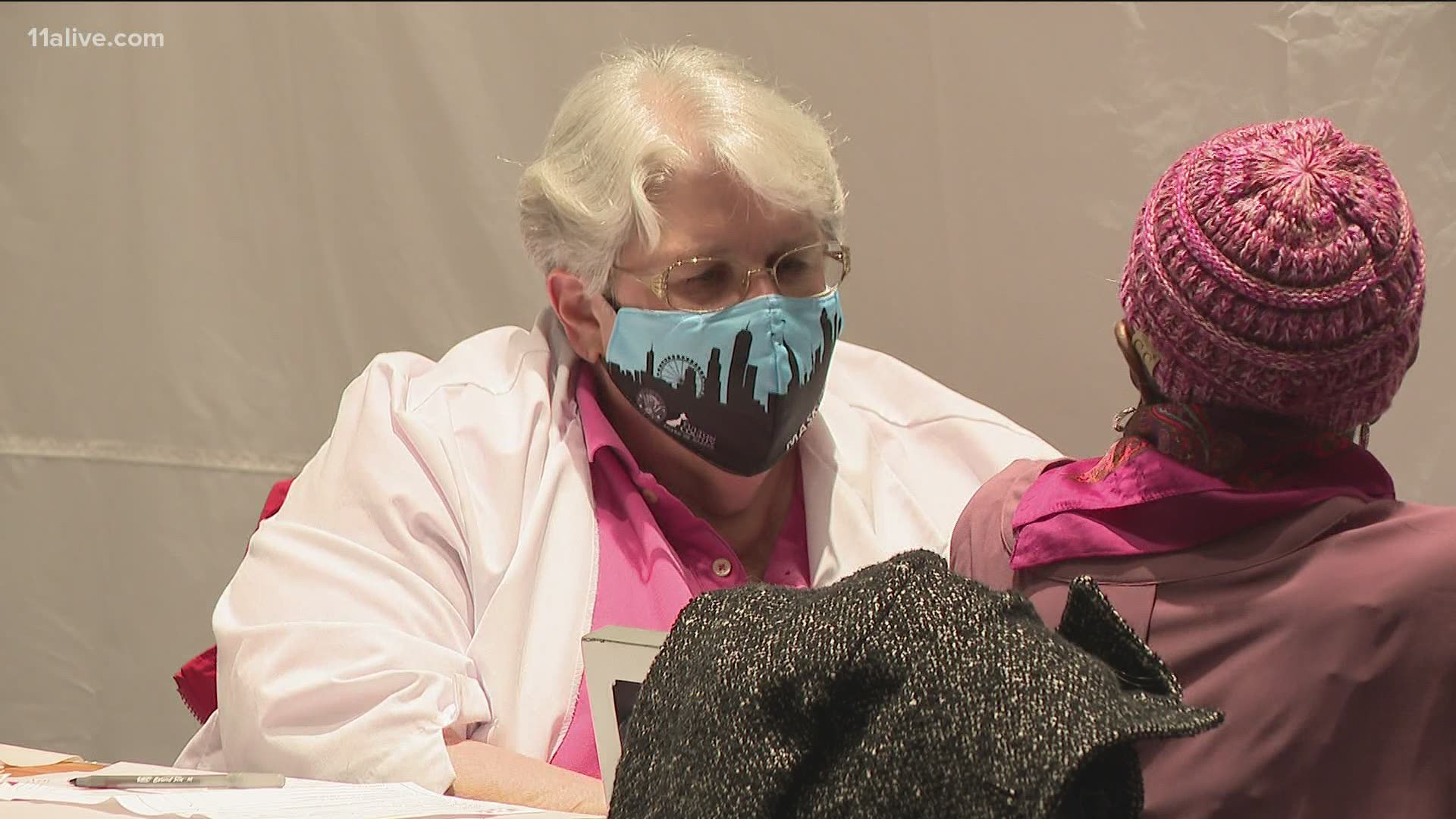 ATLANTA — Georgia Gov. Brian Kemp announced Thursday that a new website has been created that will help streamline the process for scheduling COVID-19 vaccination appointments across the state.

On the website, Georgians can pre-register for the vaccine. Even if they are not eligible yet, they can sign up and receive updates about eligibility.

Right now, those who are part of the 1A+ group can receive the shots in Georgia. That category makes the vaccine available only to health care workers, long-term care residents and staff, people 65 years and older along with their caregivers, and emergency responders.

However, the state hopes to change that soon.

"The state and the Department of Public Health will be finalizing our plans for expanding vaccination criteria within the next two weeks," Kemp said.

The state also expects to begin receiving nearly 200,000 doses weekly,  beginning next week. This is up from 120,000 doses a week originally.

Gov. Kemp has faced calls to expand vaccine eligibility, particularly to include teachers. Atlanta's City Council this week adopted a resolution urging the state to expand eligibility to include frontline workers in accordance with guidelines issued by the Centers for Disease Control and Prevention (CDC) Advisory Committee on Immunization Practices (ACIP).

The ACIP recommendations include groups such as teachers, agriculture workers and grocery store workers, who are not currently eligible in Georgia under the expanded 1A+ plan.

Kemp said the state would be able to expand eligibility to teachers and others partly because not everyone in group 1A+ wants the vaccine, and not all teachers want it either.

"The Georgia Department of Education has sent out a survey to every school district across the state asking school personnel to respond to basic questions about the number of employees who would want to be vaccinated, if they would be made eligible," the governor said during the news conference. "That survey that included over 171,000 staff member responses shows that only 45 percent of staff in our schools would choose to be vaccinated."

In the meantime, the state will open up four mass vaccination sites. Kemp said they will be placed in Albany, Macon, Habersham County, and one at the Delta Flight Museum in Hapeville, at the Delta Air Lines headquarters near the Atlanta airport.

As for the new online appointment system, Georgians can sign up for vaccinations at myvaccinegeorgia.com.